During the July school holidays in 2019, a group of senior Wenona students (including me) spent a week at the Lizard Island Research Station to learn more about our changing marine environments, to experience field-work first hand, and to  learn from the scientists conducting their own onsite research and data collection.

We are all studying Science, Technology, Engineering and Mathematics (STEM).  While STEM is often stereotyped as having a strong technology focus, with an emphasis on robotics and computing, the Lizard Island Research Station trip emphasised other areas of science, in particular marine biology and geology.

The Wenona trip was led by two STEM teachers, Dr Thompson and Ms Nash, and two professors from Sydney University, Dr Vila-Consejo and Dr Webster. During the trip they led sample collection and data collection activities and provided background information about the reef environment, wave patterns, and the geology of the island itself.

Students participated in Dr Vila Consejo’s research project: measuring the wave action on the reef crest at various locations around the island. The sensors were arranged to assess the reduction in wave action across the reef lagoon as wave energy was absorbed by the reef structures. The small team of students who were tasked with setting up the wave pressure sensing devices explored the reef until they found dead coral, suitable for attaching the delicate and expensive sensors. 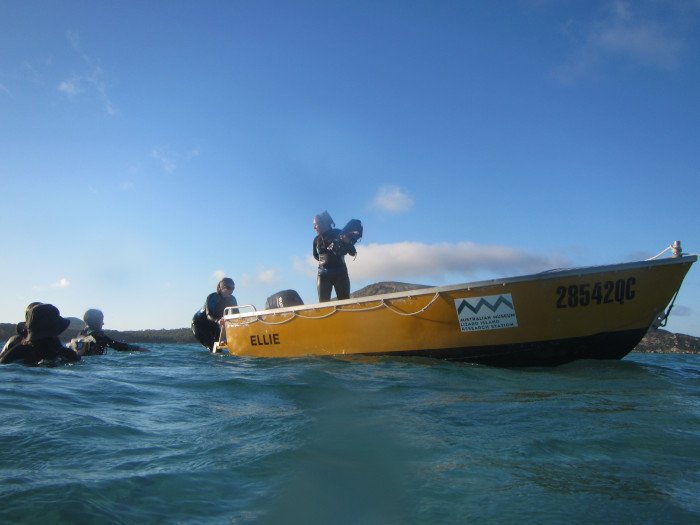 Placement of wave sensors was tricky at times with difficult winds, currents and shallows © E. Shuetrim

Students also assisted Dr Webster with the collection of sediment samples from beaches all around the main island. The samples are now being used to extend the work done by Dr Webster at Lizard Island Research Station back in 1993. Dr Webster has also collected core samples from reefs that flourished thousands of years ago – see 30,000+ years of reef survival and Paleo reefs – the last 126,000 years.

When Dr Webster first collected sediment samples in 1993, the reef was much less damaged and stressed so it will be interesting to find out how sediments have changed after the 2015/2016 category 4 and 5 cyclones and the bleaching events of 2016 and 2017. By examining the sediment in various locations it was possible to infer a lot about the history and health of the reef. Collecting the samples also facilitated lengthy exploratory journeys by land and dinghy around the island. Although it was tough hiking over hills to reach the tiny coves in full length wetsuits it was well worth it and it was very special to be able to go to parts of the island rarely visited by tourists. 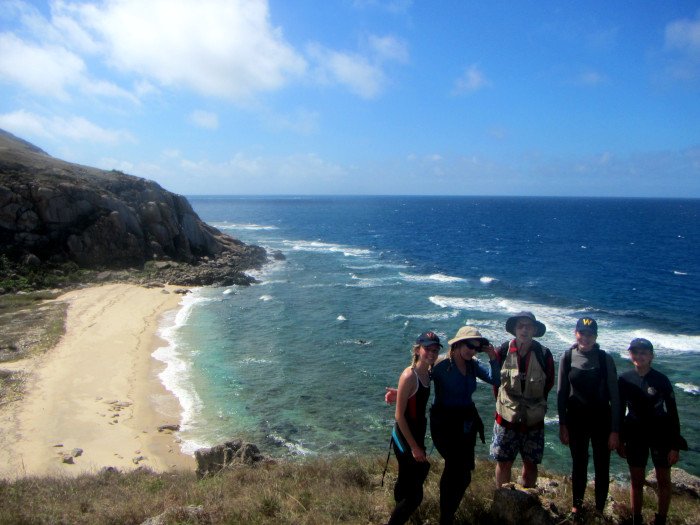 Despite being so far from civilisation there was a considerable amount of rubbish that had floated up onto the rocky shoreline including a pool noodle, plastic chairs, more flip flops than the students could carry and a many different plastic bottles. Students and teachers took back what they could carry to the research station for disposal. 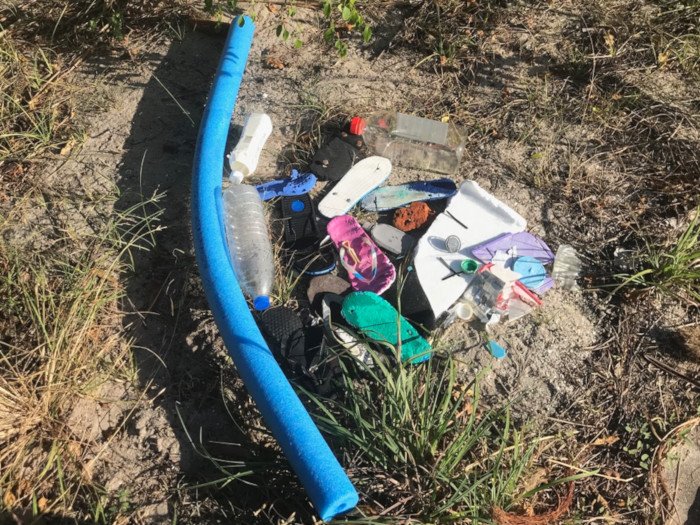 In between sample collection trips students had the chance to snorkel, see the beauty of the reef up close. The highlights were the turtles and sharks. Students also had a day trip to the outer reef to a world-famous dive location nicknamed the Cod Hole where they saw incredible coral, several sharks and huge potato cod.

Multiple small hard corals regrowing after the bleaching events of 2016 and 2017 © E. Shuetrim

In some of the beaches and coves around the main island, there had been particularly bad bleaching in 2016 and 2017. It was sobering to see the large stretches of dead coral, covered in brown algae. As much as the snorkelling was enjoyable, it was also a harsh reminder of the damage caused by climate change on the reef.

Another special event on the trip was a night snorkel, led by the directors of the Lizard Island Research Station. It was quite intimidating getting in the water without being able to see anything outside the torch beam but the vibrant nightlife on the reef quickly distracted everyone. All manner of unusual creatures could be seen in the shallow waters off the main beach in front of the research station including lion fish, sharks,  squid, and an octopus. A favourite was the tiny thumbnail-sized Tropical Bottletail Squid that inked when they were disturbed. Hiding in the sand by day, they are rarely seen by island visitors. The Lizard Island Field Guide suggested they might be found off Casuarina beach along the front of the Research Station but it was still a surprise to see a number of them on the night snorkel.

At the weekly station BBQ students also were able to engage with researchers also at the station to find out about more about their specific projects. The scientists were very engaging, readily discussing their research and early findings. One  was researching UV reflectiveness of clownfish and how that affects their position in the clown fish social hierarchies. Another research team were studying the ability of cleaner wrasse to count and found that the complexity of the reef structures they live in influences that measure of their intelligence.

At the end of the tour the students and teachers were exhausted but had enjoyed a most rewarding week.