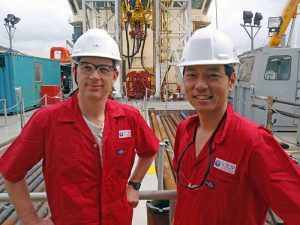 Recently-published research confirms the Great Barrier Reef has been resilient to major changes in climate, sea level and water quality on a 30,000 year timescale.

Jody Webster is a marine geoscientist. He participated in our Can We Save the Reef? symposium at the Australian Museum in April 2018. With Yusuke Yokoyama, he led IODP Expedition 325 aboard the Greatship Maya.

Drill core samples of fossil reefs from transects across the shelf edge at Noggin Pass (offshore Cairns) and Hydrographers Passage (offshore Mackay / Whitsunday Islands) show how the reefs responded to major environmental changes. Their findings include: 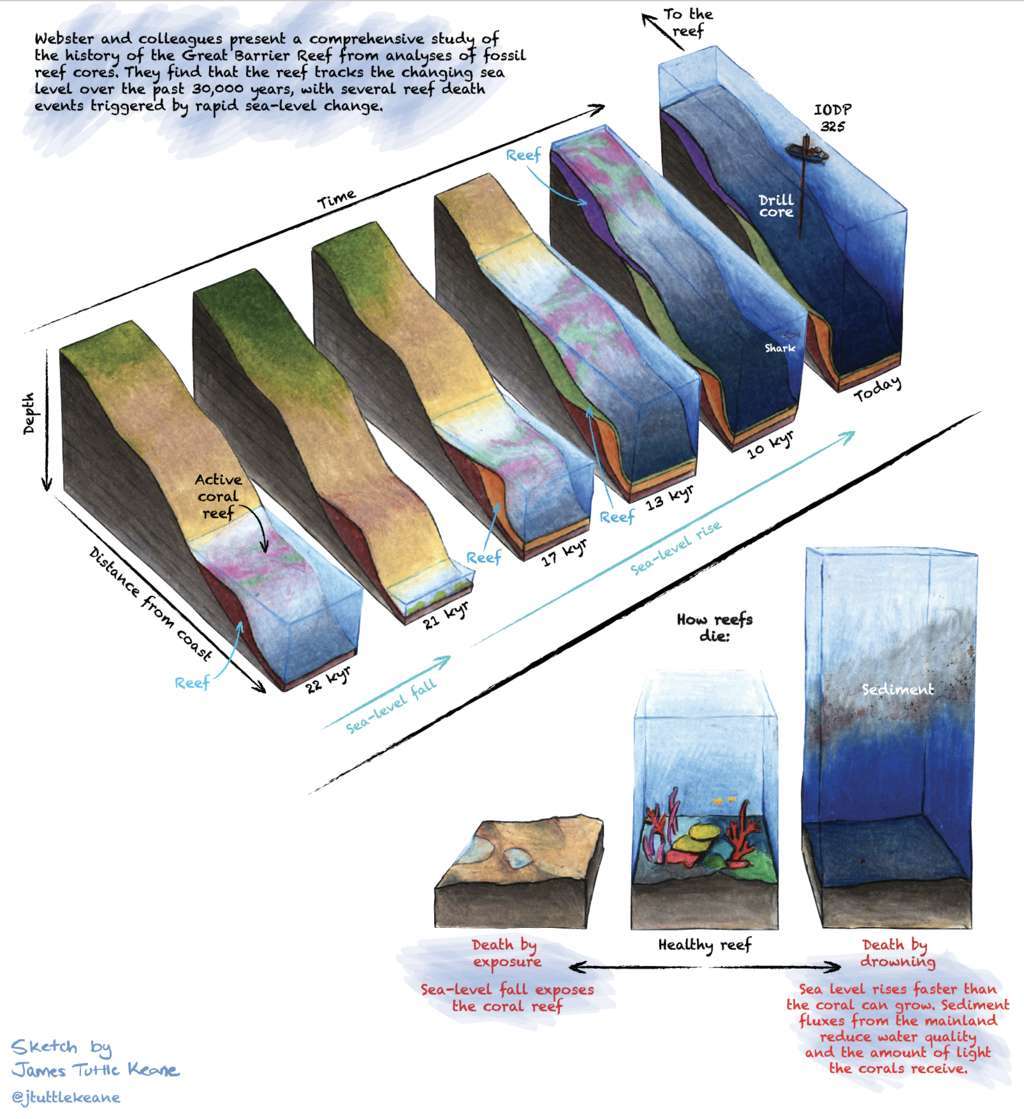 Reef 5 on the left hand side of this transect chart represents the modern outer barrier reef. The other drill locations were on the upper slope of the continental shelf to the east. 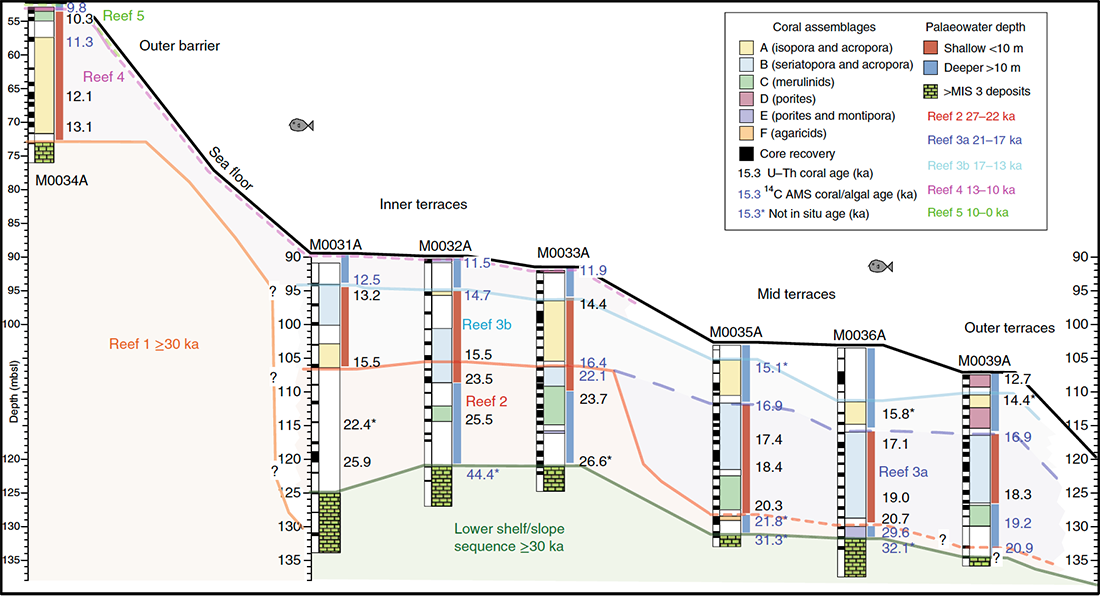 Coral species identified in the fossilised core samples still live along the GBR today. They include the following groups from the Lizard Island Field Guide: Acroporidae (including Acropora, Montipora) Merulinidae and Poritidae

This research provides a positive long-term perspective on reef survival over millenia. However, it offers no assurance that GBR reefs will continue their recovery over the next few decades, given the current rate of increase in sea surface temperature (0.7º C per 100 years), the much larger dimensions of the modern GBR lagoon and the potential for further year-on-year mass coral bleaching and severe tropical storms.

Reports of these findings are available here and here. The full citations are: Jody M. Webster et al, Response of the Great Barrier Reef to sea-level and environmental changes over the past 30,000 years. Nature Geoscience 11, 426-432 (2018) and Yusuke Yokohama et al, Rapid glaciation and a two-step sea level plunge into the Last Glacial Maximum Nature 559, 603-607 (2018)

Corals have been present in Australian waters for much longer than 30,000 years – see also The last 126,000 years and Precambrian, Devonian, Triassic and Jurassic Reefs.