People visited and stayed on the island for thousands of years before Captain James Cook passed by in 1770 and called it ‘Lizard’.  Dingaal Aboriginal traditional owners know it as Jiigurru (‘stingray’).  They were there long before Egyptian, Greek, Roman, Chinese, Aztec, Inca and other ancient civilisations flourished.

A 2018 paper by Alison Fitzpatrick, Ian McNiven, Jim Specht** and Sean Ulm reports on the stones.  It compares arrangements in the LIG with others studied in Torres Strait and Melanesian locations.  It concludes that although those in the LIG are predominantly of Aboriginal authorship, some exhibit cultural influences from the neighbouring areas.

Aboriginal stone arrangements across the LIG are under threat from tourist activity. In many areas visitors have taken rocks or rearranged them, irreparably eroding their value as a source of rich cultural history. 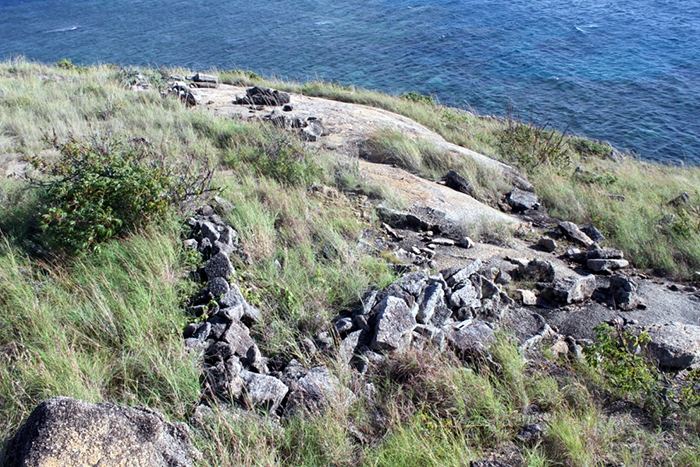 Recent evidence suggests the LIG may once have been linked to a broader cultural network connecting people across the Coral Sea.  Following pottery finds in Torres Strait dating back c.2,500 years ago and Lapita pottery at Caution Bay (on the south coast of Papua, just west of Port Moresby) dating back c.2,600–2,900 years, archaeologists hypothesise that Melanesian cultural influences may have extended down the east coast of Australia for the past 3,000 years.  The discovery of ceramic sherds of possible Melanesian origin in the intertidal zone at Lizard Island could provide empirical support for this hypothesis (Tochilin et al. 2012).  However, it is also possible the sherds may have been brought by multi-cultural fishing crews during the colonial period of the nineteenth century (Waterson et al. 2013).

The Fitzpatrick et al (2018) paper provides a synopsis of other studies on the Aboriginal past of the LIG and its likely interaction with neighbouring Pacific cultures.

Sean Ulm, Ian McNiven and their colleagues have also been using the Lizard Island Research Station as a base for documenting and excavating other archaeological sites across the LIG.  Back in 2006, New Zealand archaeologist Matthew Felgate found what looked like Melanesian-type pottery in the intertidal zone on the island.  He teamed up with McNiven and Ulm in 2012 to recovery further pottery shards from the site.  They are returning to establish their age. Initial work suggests they could have been made from materials found locally, or at least from around that part of Cape York.  Were Aboriginal people making pottery in the distant past?   This is potentially very big news and we look forward to sharing their important findings once they are published. See CABAH post. 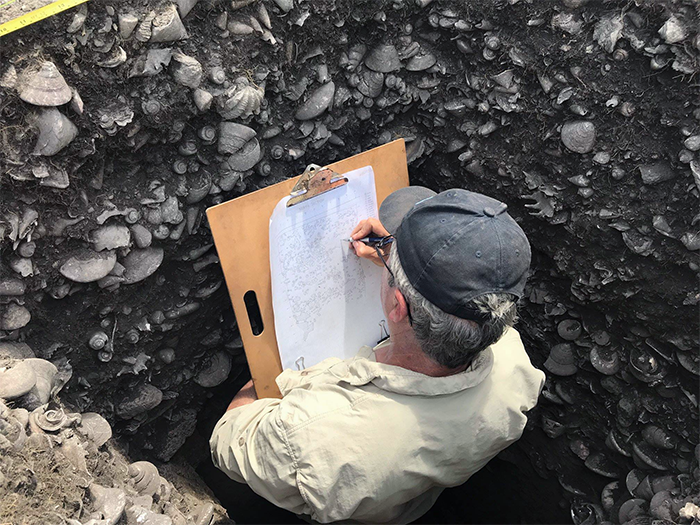 ** Jim Specht is a Senior Fellow at the Australian Museum Research Institute (AMRI) and an Honorary Associate in the Department of Archaeology at the University of Sydney. His pioneering work stimulated this new archaeological research.

The Australian Museum, James Cook University, Monash University and other leading institutions are partners in the ARC CoE for Australian Biodiversity and Heritage (CABAH).  The CABAH website (EpicAustralia.org.au) is concisely informative, visually beautiful and thoroughly worth a visit.  Be sure to click on People.