If you have spent any time exploring healthy coral reefs, you will have seen clouds of small fish hovering above and then darting into branching corals as you swim past. The fish clearly benefit from the protection offered by the coral branches, retreating to cover whenever they are threatened by predators.

It is already well recognised that certain fish species also benefit the corals that they live in. They do so by providing various services, defending corals from predators, increasing nutrient concentrations in the water around the corals, and enhancing both tissue aeration and water flow between coral branches through their swimming actions. Corals with these fish tend to have less disease and enhanced overall growth. It turns out that the fish also make their coral homes a little more resilient to coral bleaching.

Recent research conducted at Lizard Island by Tory Chase et al and reported here suggests that fish also provide branching corals with some protection against coral bleaching.  The study focused on the impact of the Banded Humbug (Dascyllus aruanus), a species of damselfish, and its impact on two species of branching coral, Pocillopora damicornis, and Seriatopora hystrix. 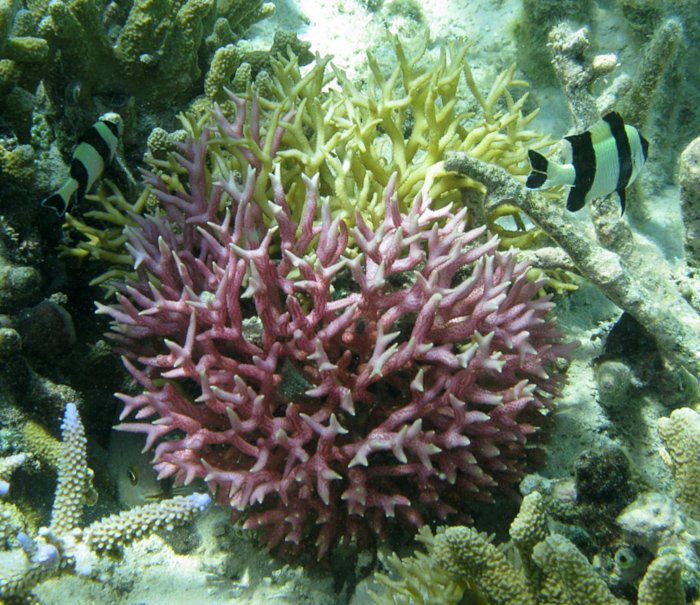 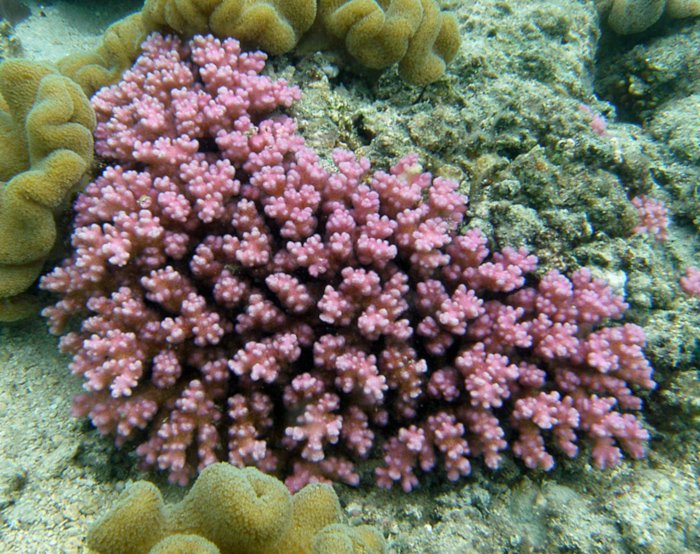 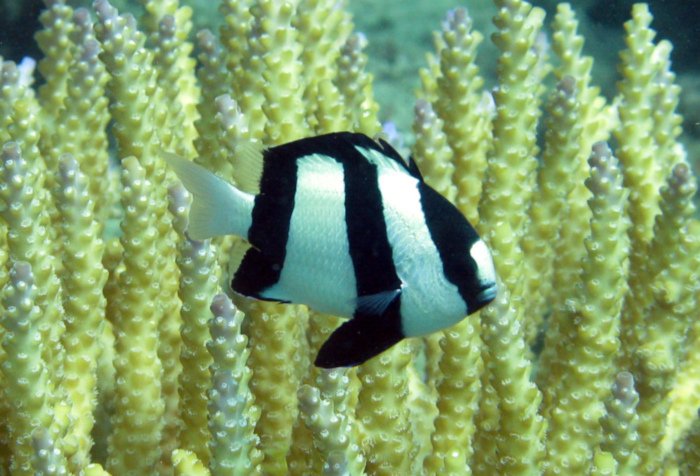 The study examined the impact of fish on coral bleaching in situ around Lizard Island and within more controlled aquarium conditions at the Research Station. It was fortunate that the Station provided aquarium facilities because the 2016 bleaching event was so severe that more than 90 percent of the corals studied in-situ died because of it. Even though the corals with fish had higher average densities of zooxanthellae, the difference was not sufficient for them to survive.

Because of this high mortality for the corals left on the reef, many of the findings in the study had to be based on Pocillopora damicornis in the research station aquaria. These corals were subjected to controlled levels of heat stress. Some had resident Banded Humbug colonies and others did not.

The study found that fish mitigate coral bleaching by providing benefits to the zooxanthellae (Symbiodinium) that normally live within coral polyps. Through photosynthesis, these Zooxanthellae provide food for the coral polyps that they live within. Coral bleaching occurs when stressed corals eject the zooxanthellae. Without zooxanthellae, corals lose their colour, thereby appearing “bleached”, and they also lose a crucial source of nutrients. The study at Lizard Island found that corals with resident fish have higher densities of zooxanthellae to begin with. They also recover better after a period of heat-stress.

The study hypothesises that the fish mitigate bleaching effects by providing nutrient enrichment through their excretions, by improving water aeration and by increasing water flow through the coral structures. These services benefit the zooxanthellae and the corals they live in, translating into higher photosynthesis rates and faster overall growth rates in corals with aggregating damselfish.

The study suggests that recovery from coral bleaching will become more difficult if bleaching events undermine the health of the fish populations associated with branching corals.