It was August 2017 when I first flew from Cairns to Lizard Island Research Station. I had absolutely no idea what to expect. While I had written a book of poems previously on the ocean and fishing landscapes of Cervantes in Western Australia, I had no exposure to the Great Barrier Reef beyond one snorkelling expedition 10 years earlier.

It was my previous book Fish Song which inspired me to write to the directors of LIRS seeking permission to come and expand my poetic research into ocean ecologies. After Dr Anne Hoggett issued an invitation and I received the unexpected news that I had received the Marten Bequest in poetry, which, in addition to an Australia Council individual project grant provided the funding for my stay, I set off from Cairns.

Across the three years I visited LIRS, I also completed my PhD in literary studies at the University of Sydney, examining the ways in which contemporary poets have attempted to wrestle with the tradition of pastoral poetry in a time of increasing climate catastrophe. But there was a difference between thinking through these issues theoretically as expressed in the techniques and forms of poetry, and what I found on LIRS: scientists on the frontline of measuring the literal impact of that change as it was occurring. 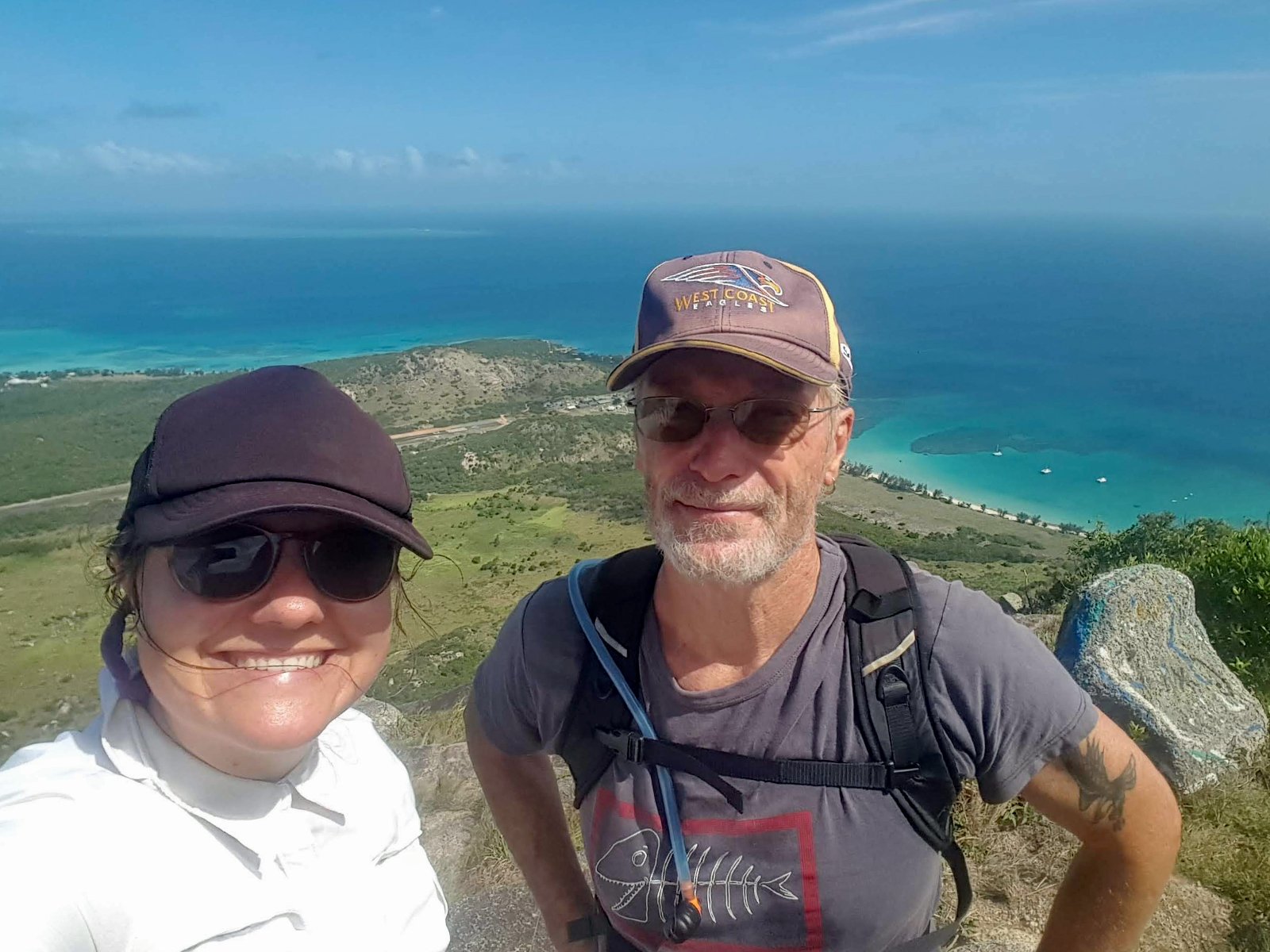 I was lucky enough to be the benefit of many scientific teams’ generosity, particularly my first housemates – a team from Portugal – who included me in their fieldwork, allowing me to follow along as they completed their whole research project into cleaner fish. After snorkelling above them as they lay transect lines, I would take my notebook, packed into two zip-lock bags, and swim to the closest shore to write my own field notes – the poems which would become Fish Work. Other days, I sat silently in their lab (when I wasn’t pestering them with layman’s questions) and tried to translate their scientific methods into poems, registering each step of each experiment. 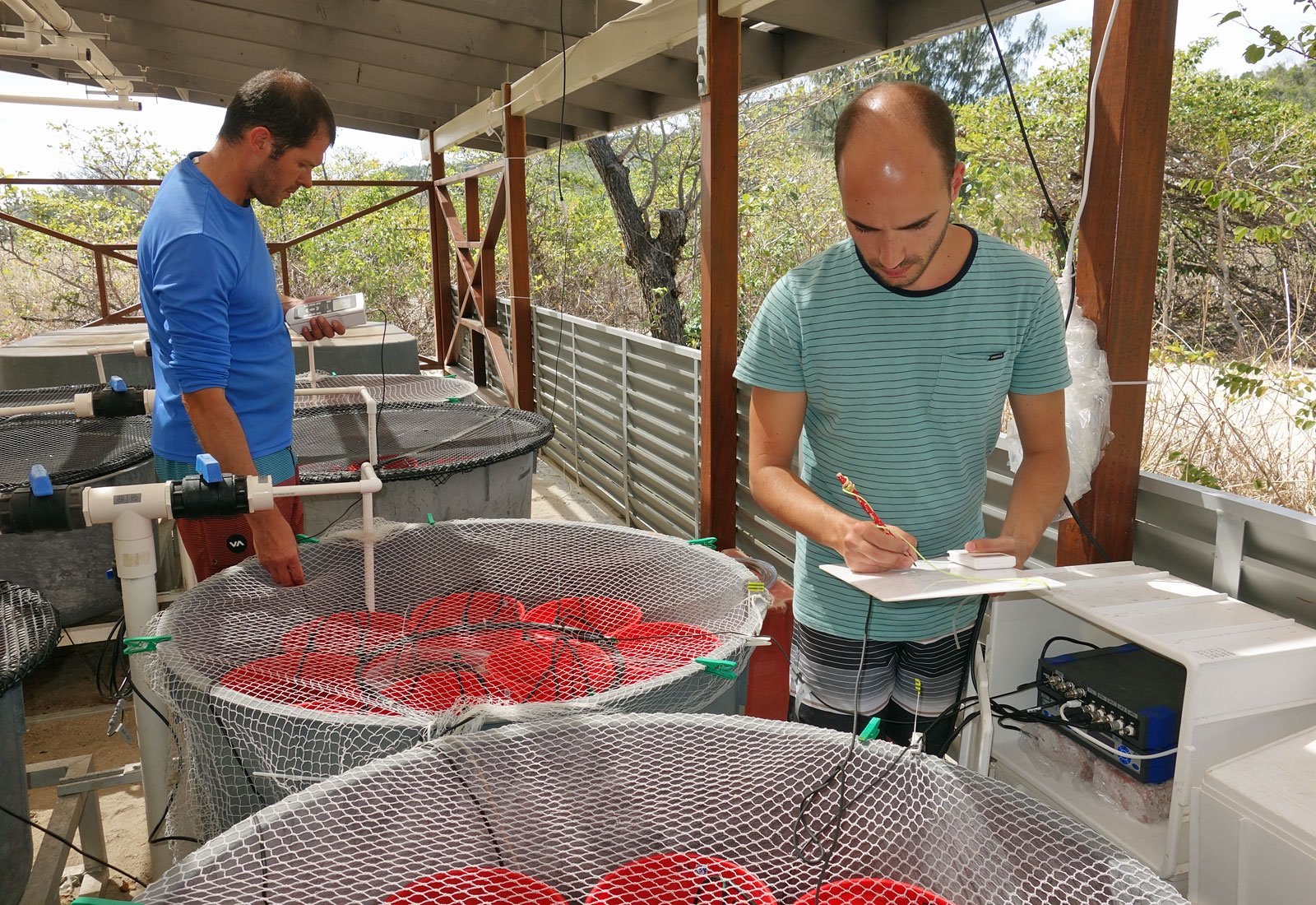 After that first visit, I returned twice more in the same months, revisiting the same sites, attempting my own small longitudinal study. On these two visits I was accompanied for some of the time by my father who served as a station volunteer, but whose presence (and skipper’s ticket) allowed me to take one of the boats out to the same patches of reef I had come to know.

When I wasn’t in the water over my visits, I used the extensive research materials in the station library, searching the database particularly for the research collected at LIRS into cleaner fish and climate change. These too became part of my work, so I ended up having poems with the distinctly unusual names like “Other Fish Aren’t Capable of Feeding Against their Preferences” 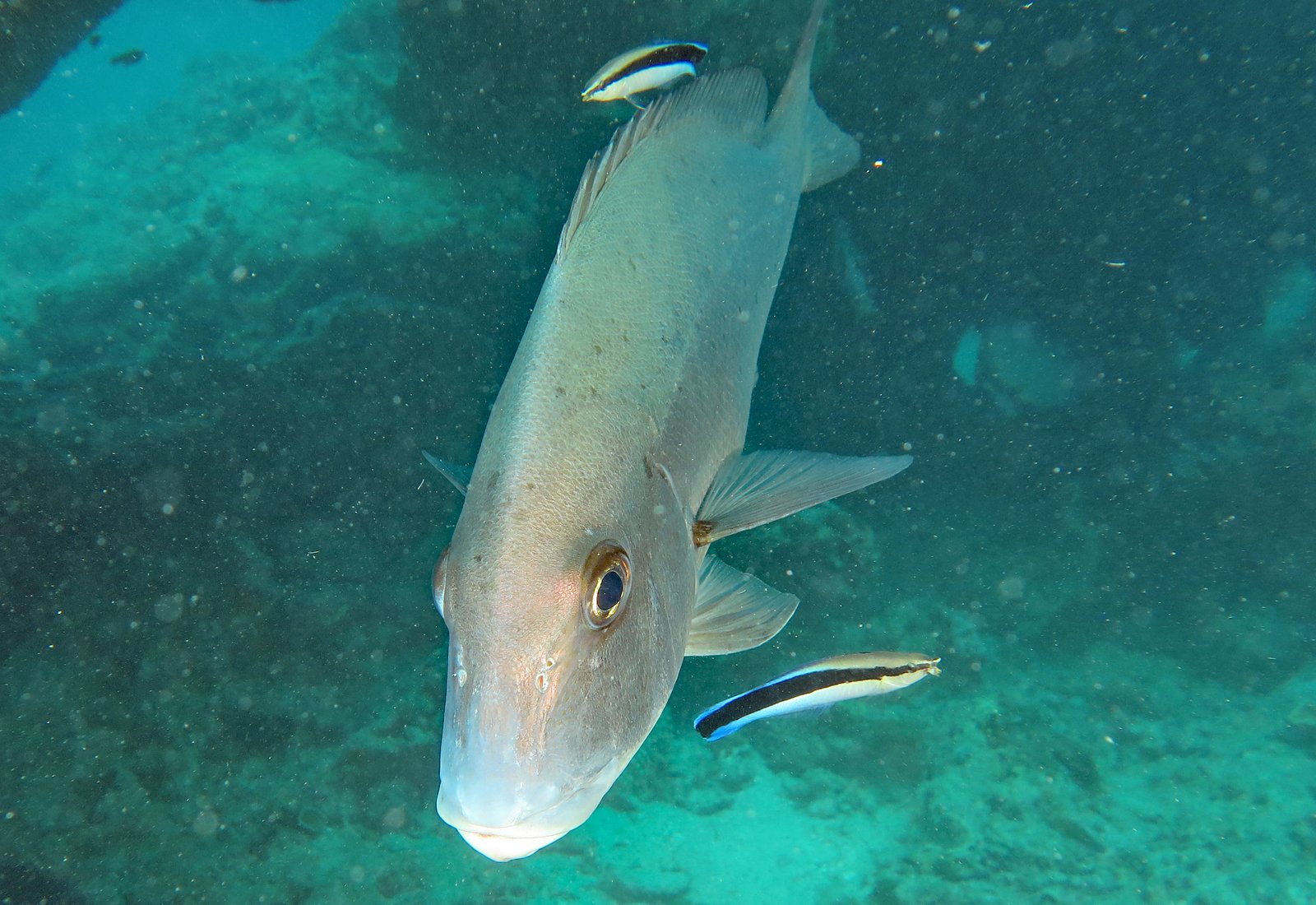 A pair of Common Cleaner Fish attending a larger client fish, a Painted Sweetlips at Lizard Island. Cleaner fish routinely feed on parasites attached to client fish, against their strong preference for mucus on the client fish’s skin, for a range of reasons that are studied at LIRS. Photo: Anne Hoggett

What I hoped to achieve in Fish Work, was to pay tribute to the meticulous work of the researchers I met across these years, by documenting their practices but also hopefully rendering their work – and the reef – knowable in a different way to a different audience. The resulting manuscript was initially highly commended in the Dorothy Hewett Awards which led to publication with UWA Publishing and then COVID happened, and I wasn’t sure if anyone in the world would actually read it.  Luckily, the book has recently been shortlisted for the Prime Minister’s Literary Awards and I hope this draws attention to these very unique and special ecologies that are unfortunately also very at risk. Having recently had my first child, there’s nothing I want more for him than for the reef and all the species it shelters to still be part of his life.

I am incredibly thankful to the whole team at LIRS and particularly the directors, not only for allowing my presence and research, but for the incredible work they have performed over many decades in documenting the patterns of reef growth and change. I would also like to acknowledge the traditional custodians of Jiigurru (Lizard Island) – the Dingaal People – whose tens of thousands of years of knowledge is irreplaceable. 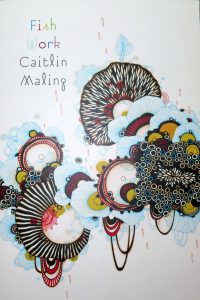 Fish Work by Caitlin Maling, 2021, is available at UWA Publishing

Jose Tells Me a Story About Cleaner Fish
by Caitlin Maling, from Fish Work

After I tell the Portugese I’m writing poems about cleaner fish,
Jose asks if I want to know how he fell in love with the ocean.
He will, he says, tell me a story about the cleaner fish.

With a wink Tiago says this is the story he tells all the girls,
so I’m expecting something salacious
but what follows is a fairy tale.

When Jose was younger, no more than about 8,
he got a book from the library, or perhaps
it was an Xmas present, but either way
it was a Big Book of Fish and he fell in love
(& at this his voice deepens towards
some other fathom of emotion) with the symbiosis
between cleaner and client, the mutualism.

This wouldn’t work for me if I was a girl in a bar.

I’d think about the cleaners, their colours, their dancing fins,
how the client does nothing but lug its body over to the rock
and allow itself to be cleaned. I wonder if the cleaners
clean each other. If the parasites that attach
to even small damselfish, avoid them for meatier prey.

Or, if in some other natural heartbreak,
the blue and yellow they flash like placards
attract fish but tell their food to stay back.

But these flights into human imagination are unfair of me.
Jose, while telling this story, has his eyes half-closed,
his body openly angled as if he too is being cleaned,
or has just eaten enough to be full.