Lauren Nadler is a PhD student at James Cook University, researching schooling behaviour in coral reef fish at the Australian Museum’s Lizard Island Research Station. A school is a social group of fish that exhibits coordinated swimming behaviour and a polarized alignment. In a complex habitat like a coral reef, this social behaviour aids in a range of important tasks such as foraging and evading predators.

Lauren’s research focuses on what school traits and environmental conditions influence the coordination of fish schools. Focusing largely on the Blue-green puller fish (Chromis viridis), Lauren has found that traits such as a familiarity between the individuals of the school contribute greatly to how effectively individuals in the group work together.  Lauren describes this as being similar to human’s behaviour, where we can predict a friend’s or teammate’s movement better than that of a total stranger.

Lauren is also investigating the likely impact of climate change on schooling behaviour, including the effects of rising sea temperatures and ocean acidification. Using the seawater aquarium at the Research Station, she is observing the reaction of puller fish to repeatable predator stimulus. Early results suggest that higher temperatures and reduced pH may reduce the school’s ability to mount an appropriate response to a simulated predator attack. 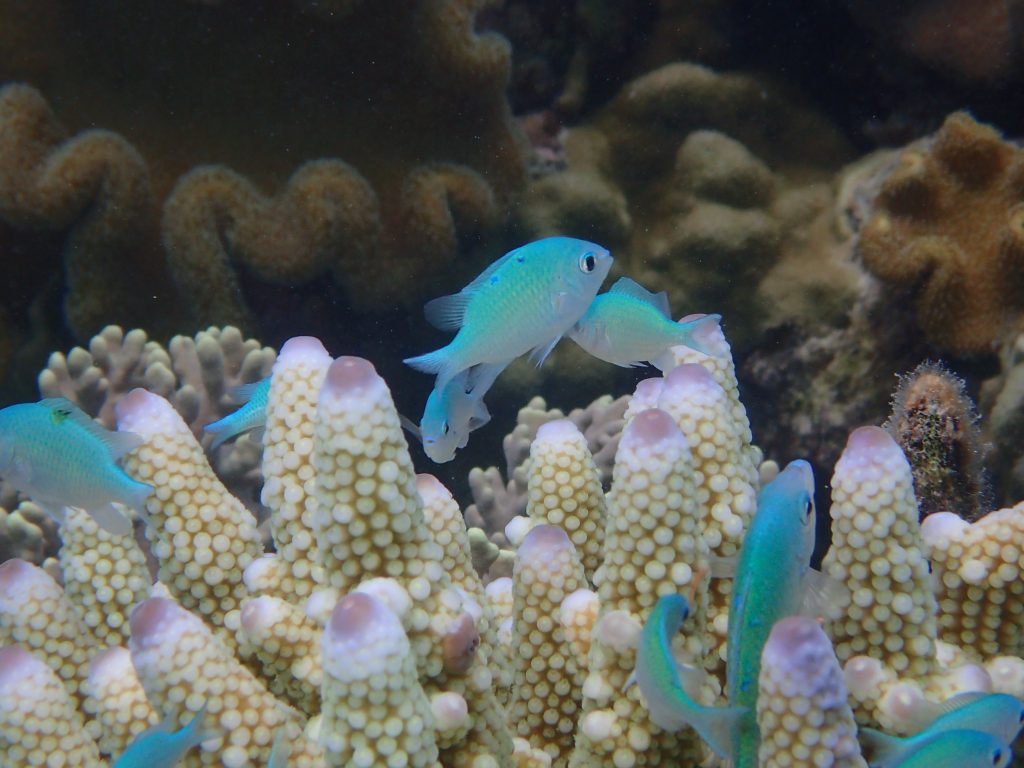 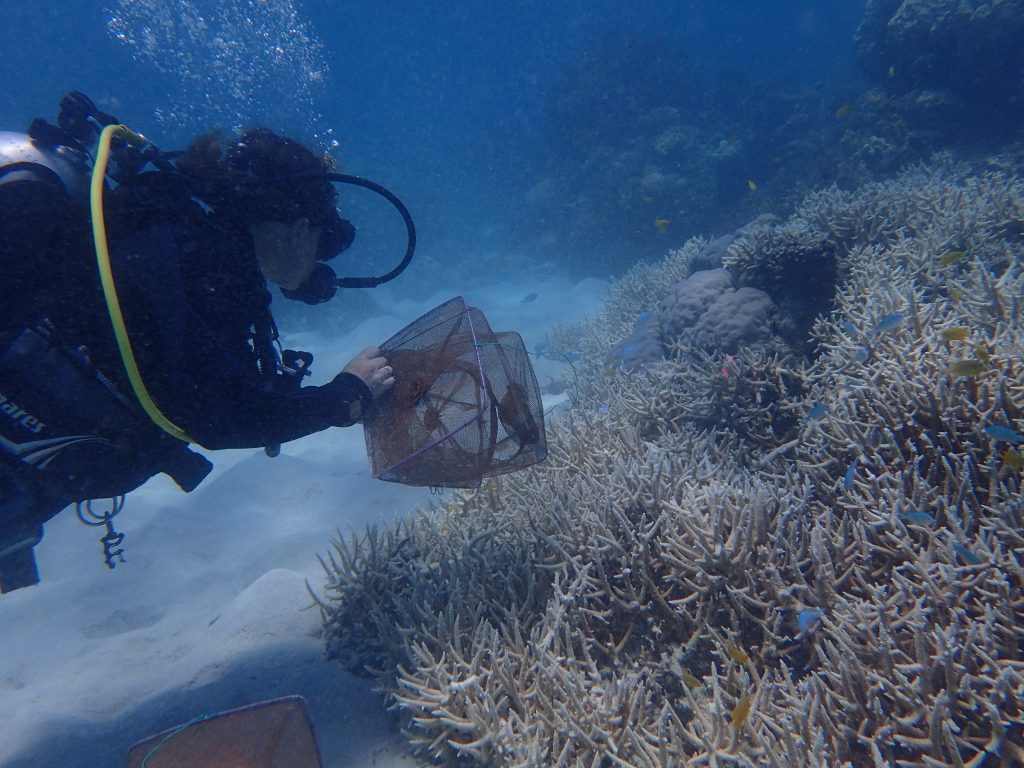 Releasing fish back into the reef. Image: © Amy Cox