An inordinate fondness: discovering the beetles of Lizard Island Group

The title of this article springs from an apocryphal quote of the late British evolutionary biologist, J.B.S. Haldane – “The Creator, if He exists, has an inordinate fondness for beetles” – alluding to the extraordinary diversity of this group. – Editor

In April of 2019, Dr. Darko D. Cotoras (2019 LIRRF fellowship recipient) invited me to join his research on the arachnid diversity of Lizard Island group (Lizard, South, and Palfrey islands). I was studying abroad in Queensland with the School of International Training at the time, and I jumped on the opportunity to work with Darko on Lizard Island. Darko and I designed a study to run parallel to his arachnid survey – Darko would focus on the spiders, and I would focus on beetles. Beetles (Order Coleoptera) are the most diverse group of animals in the animal kingdom, making them an exciting topic of study. Darko and I worked together throughout the entire research process, and we are excited to share our recent publication in Zoological Studies.

The goal of our beetle research on Lizard Island was to create a list of beetle families/subfamilies/species for Lizard Island group. We specifically aimed to determine which beetle families are the most diverse, and how beetle diversity varies across the various micro-habitats of Lizard, South, and Palfrey islands. Despite its small size, Lizard Island group contains a diverse range of habitats in a small area, from Eucalypt and Acacia woodlands to Pandanus swamps. Are beetles notably diverse in any specific areas of the island group?

The work on beetles is summarised in this beautiful Beetles of Lizard Island poster. 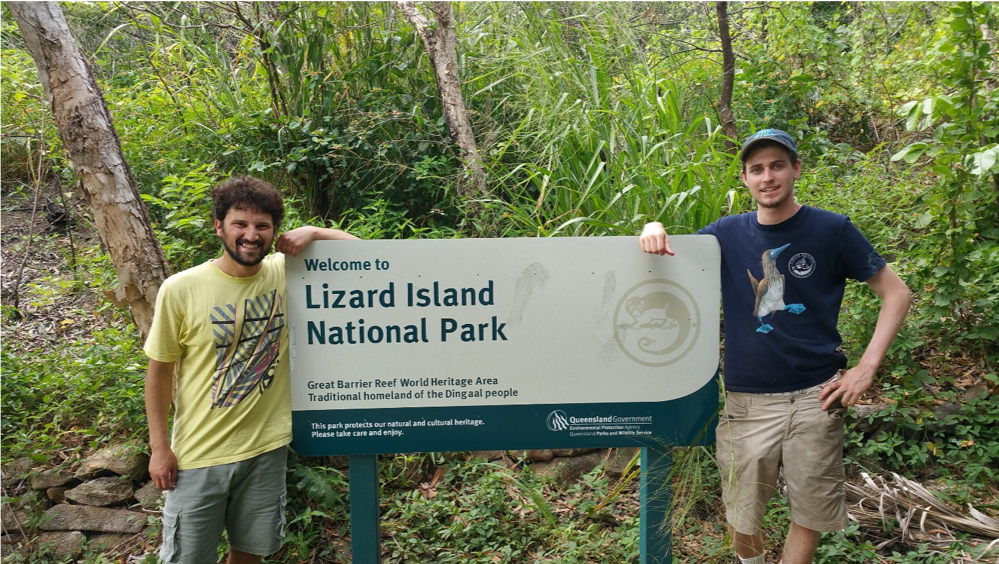 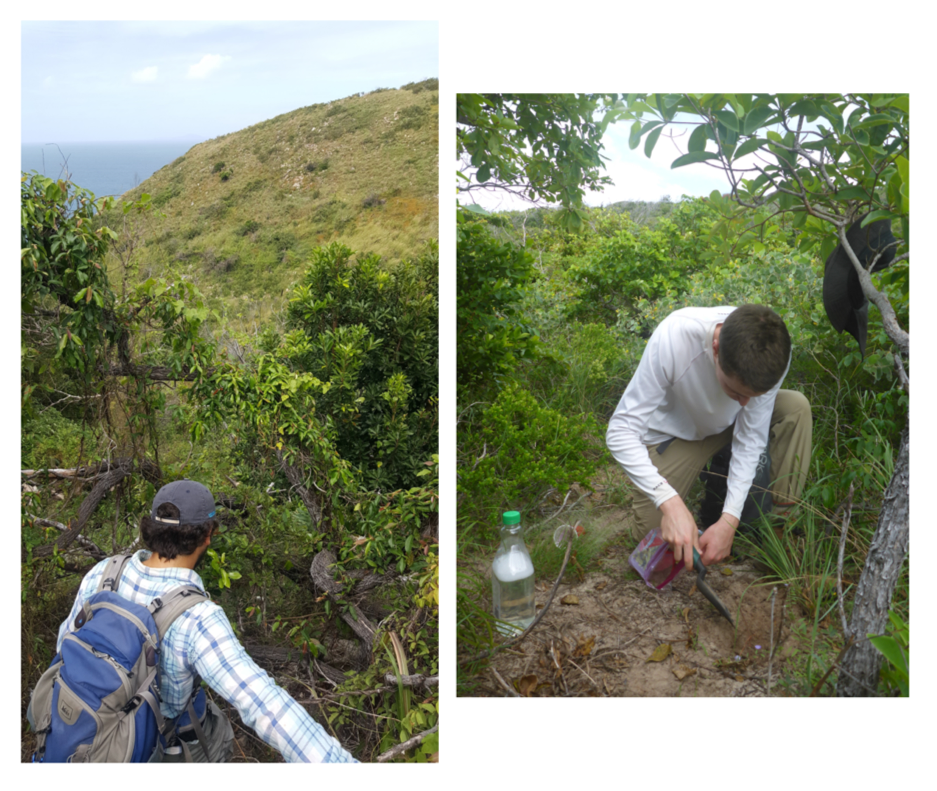 We used a variety of techniques to collect beetles across the seven collection areas. Pitfall traps consisted of plastic cups filled with water and buried in the sand. Unsuspecting ground-dwelling beetles (e.g., the family Carabidae) would plunge into the cups and find themselves trapped. We collected beetles in the foliage (e.g., the family Curculionidae) with a beating sheet. The sheet was held below selected trees and shrubs while we struck the foliage with a PVC pipe. We also collected beetles by sifting leaf litter. While we mostly collected during the day, we used headlamps to collect at select sites at night. 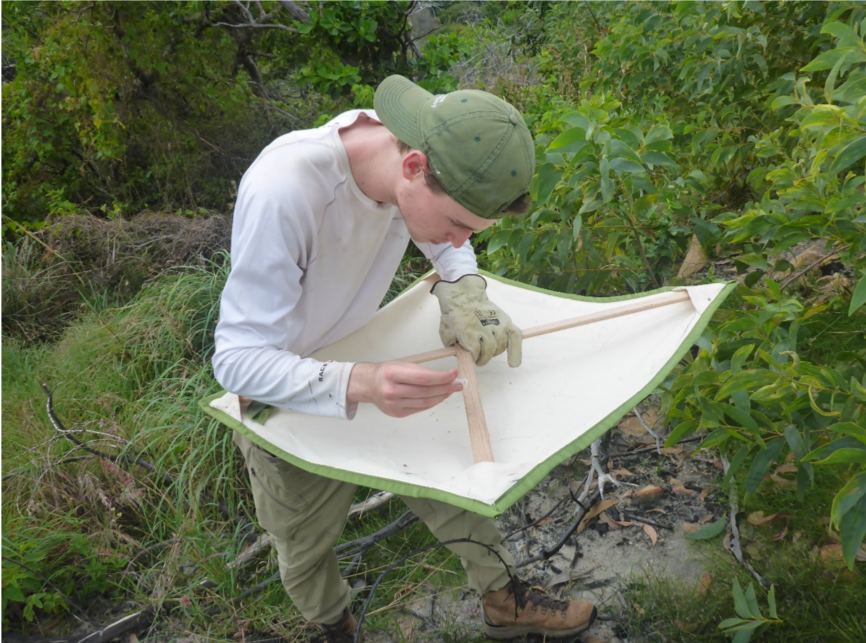 After long days of field collection, Darko and I would spend time in the lab, processing our specimens and working on identification. Beetle identification can be a bit of a challenge. Certain beetle species can only be distinguished by unique anatomical characteristics, such as the tarsal formula – the number of segments in the tarsus of each leg. Beetles also undergo complete metamorphosis, passing through four life stages to reach adulthood – egg, larva, pupa, adult. Larvae (i.e., grubs) look nothing like adult beetles, and thus pose a challenge for identification. 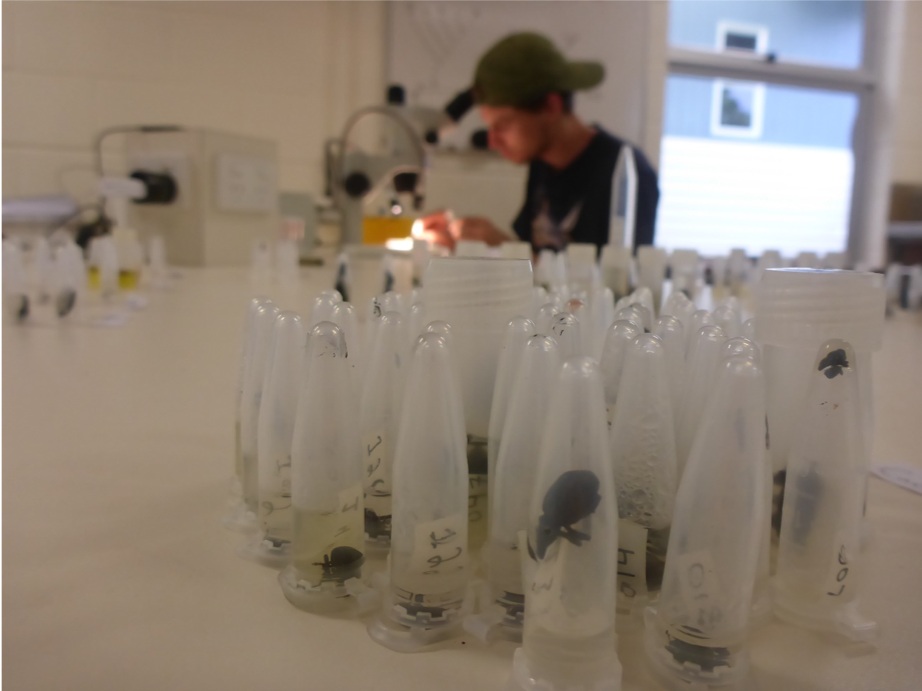 In the end, we detected 108 beetle morphospecies representing at least 21 families in our study. Dr. Chris Reid and Graham Goodyear of the Australian Museum helped identify many morphospecies to the species level. The most diverse families recorded on Lizard Island group were Curculionidae (weevils), Carabidae (ground beetles), Scarabaeidae (scarabs), Tenebrionidae (darkling beetles), and Cerambycidae (longhorn beetles), in general accordance with global patterns in beetle diversity. The families Chrysomelidae (leaf beetles), Staphylinidae (rove beetles), and Buprestidae (jewel beetles) were found to be proportionally less diverse on Lizard Island group than on mainland Australia, which might be related to the specific micro-habitats present on the island group.

A few beetles appeared to prefer fairly unique micro-habitats. For example, the two morphospecies in the family Anthicidae, Mecynotarsus kreusleri and Mecynotarsus sp. (see photo below), were found only on sandy beaches with sparse Spartina grasses. Mecynotarsus species have been previously observed using their odd pronotal horns to dig through sand. 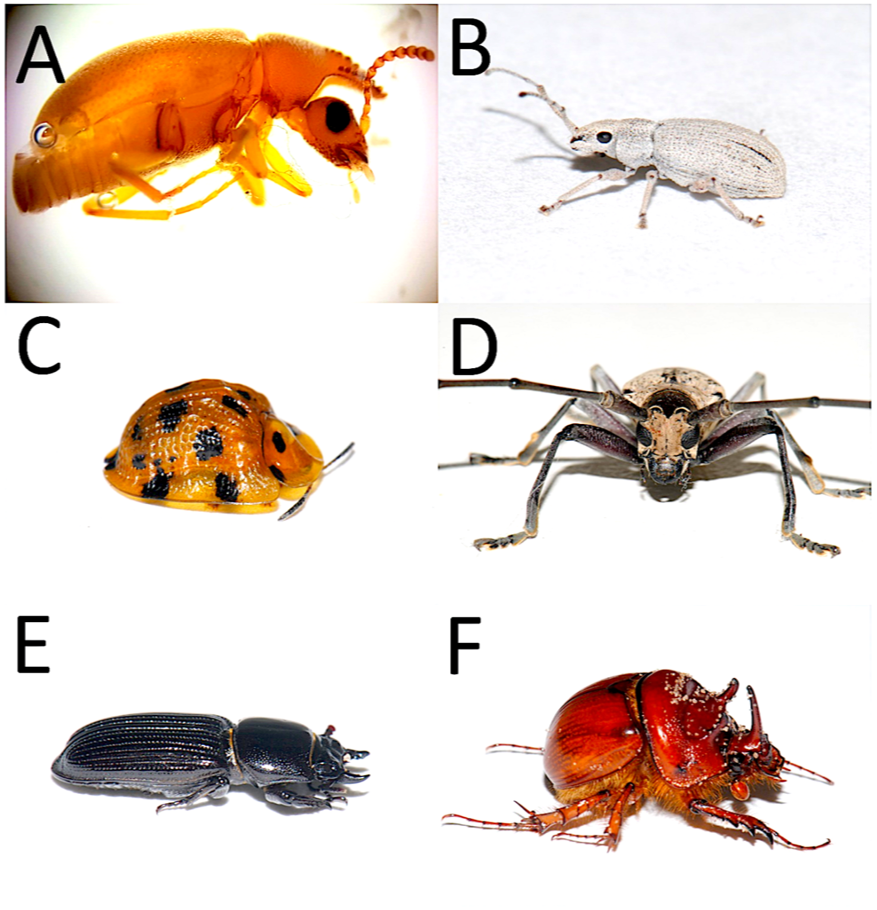 All in all, this study represents an important first step in understanding the beetle diversity of Lizard Island group. We have contributed our beetle photos and identification information to the Lizard Island Field Guide, and created a poster to highlight notable specimens. We have indeed developed an “inordinate fondness” for the beetles of Lizard Island. I am very grateful to have had the opportunity to work with Darko on this project, and I consider it a once-in-a-lifetime experience that may shape my career. Both Darko and I are very grateful to the Lizard Island Reef Research Foundation and the permanent staff at Lizard Island Research Station for their support of our research and biodiversity discovery more broadly.

As noted, this research represents only a beginning. Our sampling effort was far from complete and subsequent surveys would add to the species list. The identification of all specimens to the species level might also uncover species new to science in our collection. Studies on biodiversity, such as this one, are more important than ever in the context of climate change and the Sixth Mass Extinction. As the filmmaker Ivan Mikolji notes: “You cannot preserve something that you don’t know exists.” 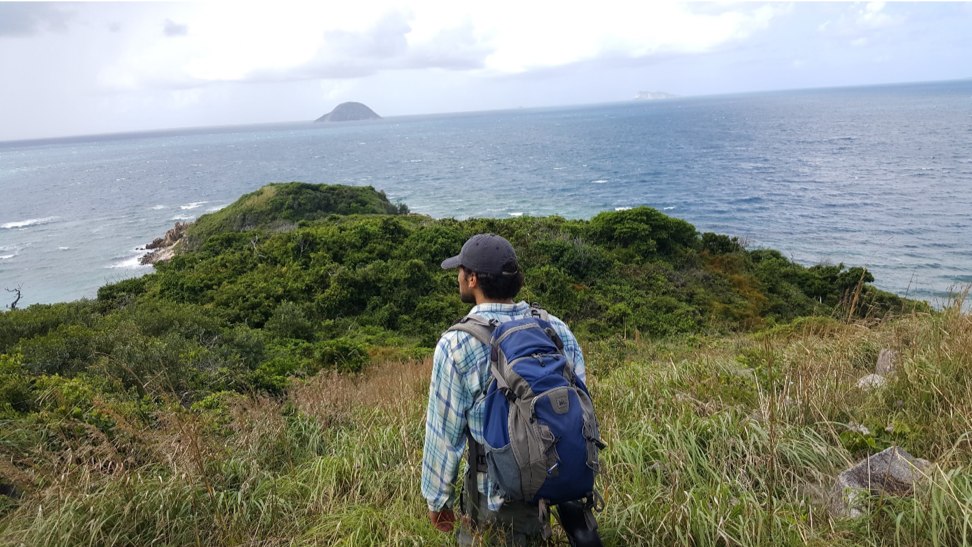