You are here: Home / Posts / Lace corals at Lizard Island

[Dr Daniela Pica is a marine scientist based at Università Politecnica delle Marche in Ancona Italy. Her research is expanding scientific knowledge of shallow water lace corals, most recently in Indian and Pacific Ocean locations. This is her report of recent field work at Lizard Island.  Ed.]

Globally, 330 stylasterid (lace coral) species have been described. Many have beautiful form and colour. Unlike most other corals on the Great Barrier Reef, stylasterids are not dependent on symbiotic algae. Accordingly, they are not susceptible to ‘bleaching’ in unusually high sea temperatures. Their colonies are characterized by small size, slow growth and long life. Although they provide a valuable habitat for other small marine species, stylasterids are not significant reef-builders.

Surprisingly, there has been relatively little research on stylasterids found in Australian waters. Prior to this study, only 8 shallow water species had been identified around Australia and the Australian Museum did not hold any specimens. 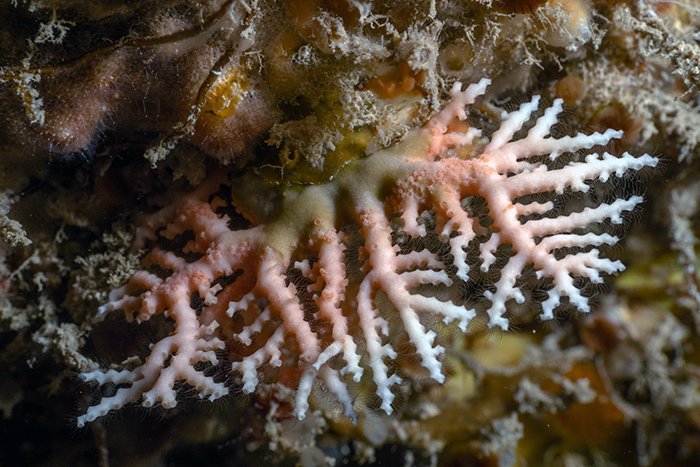 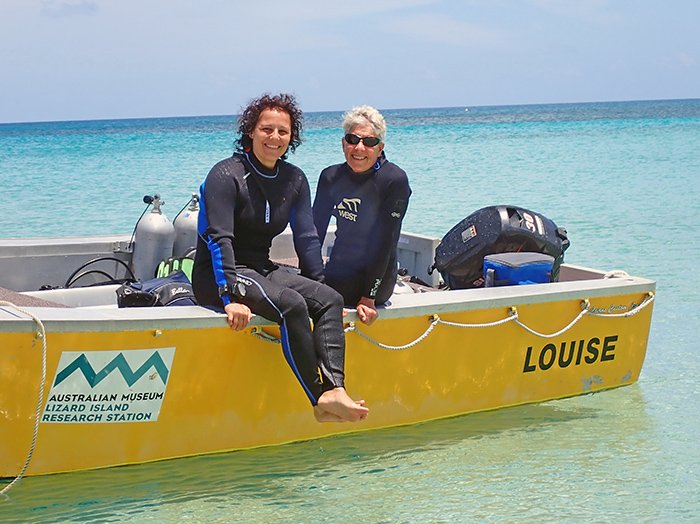 Me (left) with LIRRF Trustee Dr. Penny Berents. Penny kindly volunteered her time to accompany me on the dives. © Peter Berents

We undertook 33 dives and investigated 29 sites: 24 around Lizard Island and 5 on the outer reef. We found stylasterid specimens in 25 of these sites, usually in small caves and crevices. The investigation of so many sites provided information on the distribution of stylasterid species in the area. Some were only found in a few localities, while others showed a wider distribution.

Analysis of the specimens in the laboratory indicated up to 11 species; 5 of the genus Stylaster and 6 of the genus Distichopora. It also yielded information about their soft tissue, morphology of the polyps, nematocysts and reproduction. Many stylasterid colonies were found in association with other animals such as snails, boring algae and barnacles. 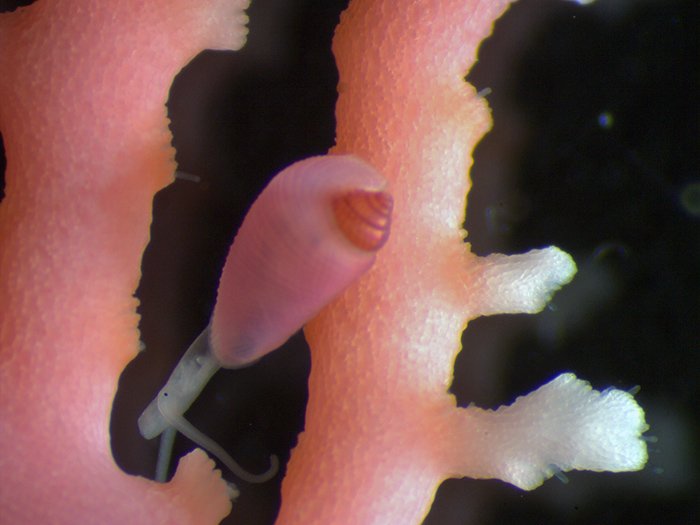 A Pedicularia snail at Lizard Island. These snails are considered obligate symbiotic organisms for stylasterids. They pass their entire life on the same colony. © Daniela Pica

In total, 149 stylasterid specimens were collected. They have been deposited in the Australian Museum in Sydney. Further analysis is being done to determine if they include any new species (i.e. any not previously “described” taxonomically). 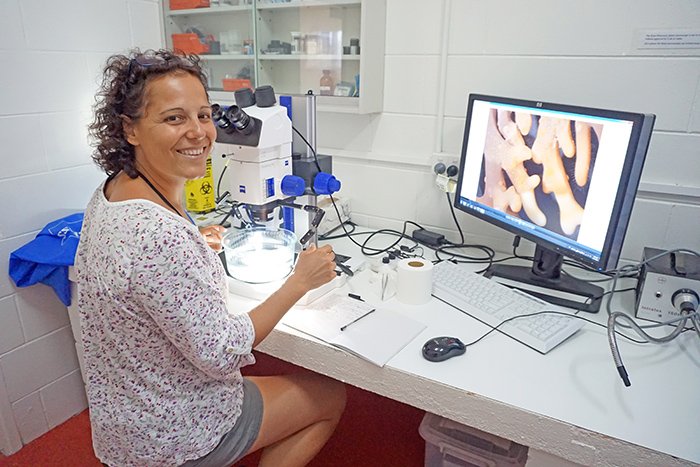 Here are three more stylasterid photos from my field research at Lizard Island: 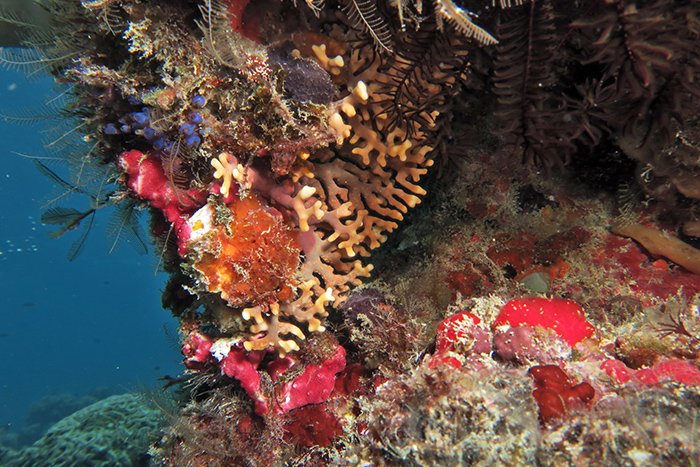 Distichopora sp. from the external side of the lagoon at Lizard Island © Daniela Pica 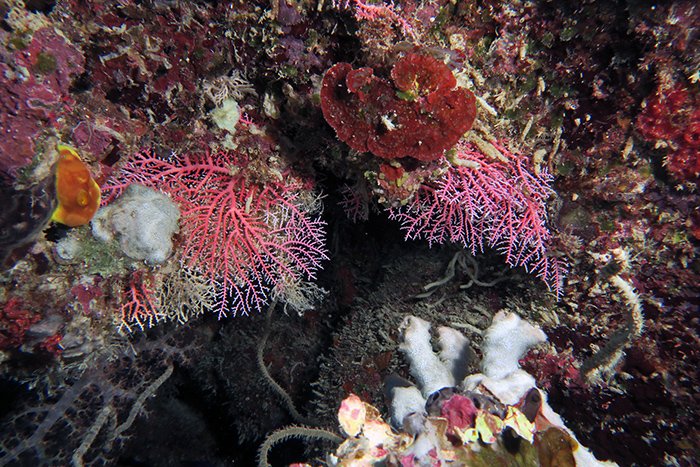 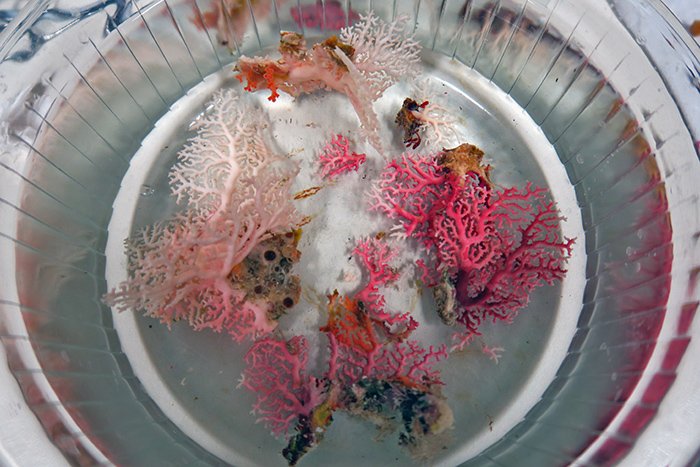 I sincerely thank LIRRF, the Australian Museum and the John and Laurine Proud Foundation for the award of a 2018 Postdoctoral Fellowship to conduct this research. It has advanced understanding of the taxonomy, ecology, morphology and distribution of shallow water stylasterids on the Great Barrier Reef. It has also contributed important new records of Australian marine fauna. The detailed results will be published in a scientific journal.