Construction work on a cyclone shelter at the Australian Museum’s Lizard Island Research Station is nearing completion.  It has been largely funded by a grant from the The Ian Potter Foundation, and will be called the John Gough Cyclone Shelter.

The late John Gough AO OBE was a Governor of The Ian Potter Foundation from 1994-2011. Both that Foundation and ours benefited greatly from his wisdom and interest in supporting worthy causes, including science on the Great Barrier Reef. 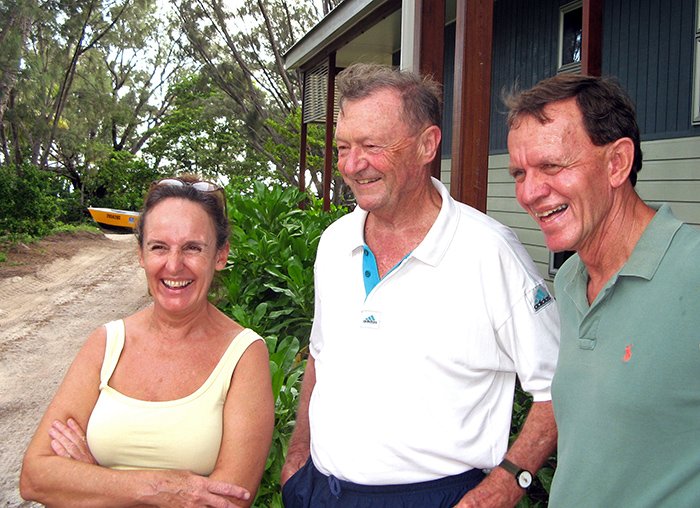 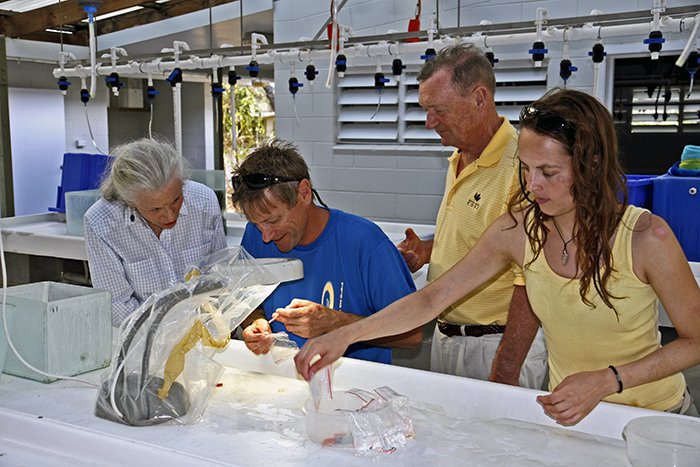 The Shelter is an important addition to the facilities of the Station.  It will enable staff and visiting scientists to stay during severe cyclones, rather than retreat to the mainland.  Their presence immediately after the cyclone passes will enable research projects to be maintained.

The costs of abandoning projects during past evacuations have been considerable.  Research projects typically have a long lead time and require a team of specialist scientists, often from other countries.  It is not always possible for them to obtain new funding and re-assemble their team.  Many projects could have been saved during previous cyclones if only someone had been on hand to perform simple tasks such re-setting electrical circuit breakers or feeding the fish in the saltwater aquarium tanks as soon as the cyclone had passed and it was safe to do so.

The Shelter is designed to withstand category 5+ cyclones.  It is located 6.9 metres above Mean Sea Level,  beyond the surge zone modelled for an extreme one-in-ten-thousand-year storm.  The construction crew say it is the strongest building they have ever built.  It has a special ventilation system, heavy duty debris screens over its two windows, a secondary escape hatch and a backup power supply. It is also air-conditioned so it can be used to store sensitive electronic equipment when not being used as a cyclone shelter. 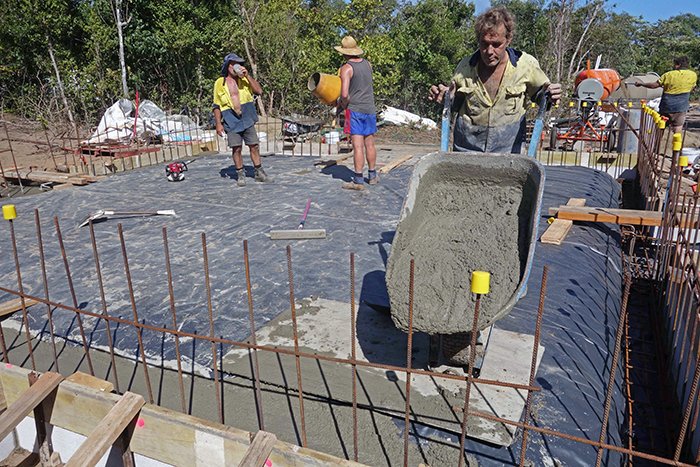 Construction required manual labour. All materials had to be brought from the mainland by barge. © Lyle Vail 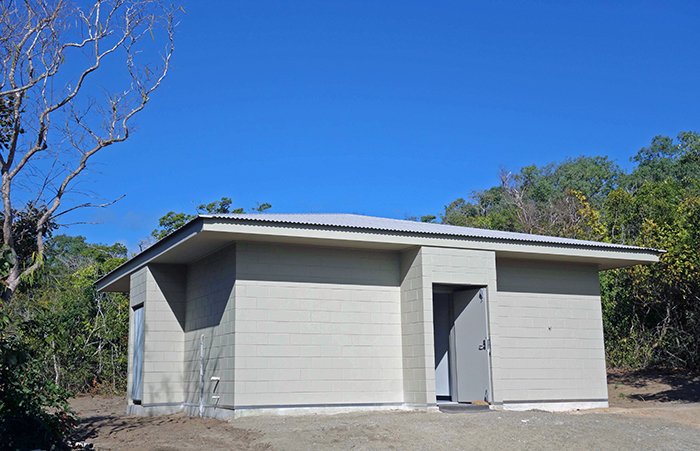