You are here: Home / Posts / COTS have many eyes but what do they see?

is currently focusing his work on the Crown of Thorns Starfish (COTS). Most research done on the COTS has been ecological, covering things like their location and abundance. However, Ronald’s background is actually in physiology, and so his research is mechanistic.
It has long been known that starfish have eyes, but Ronald is investigating how they are used. After completing his PhD in Sweden, Ronald received post-doctoral funding in Copenhagen where he now works, whilst his field research is conducted at the Australian Museum’s Lizard Island Research Station.

While working in the lab in Copenhagen, he found that the COTS’s eyes are very slow, they see blue light first and their eyes are quite coarse (in human terms, they have blurred vision). This actually makes a fair amount of sense in a coral reef situation, an environment where the entire background is blue. Seeing blue light first means that anything not blue will strongly stand out. Ronald has established that COTS have one eye on the tip of each arm, giving them a total of 16-22 overall. Similarly to insects, COTS eyes are composite, meaning each one is made up of many smaller eyes. 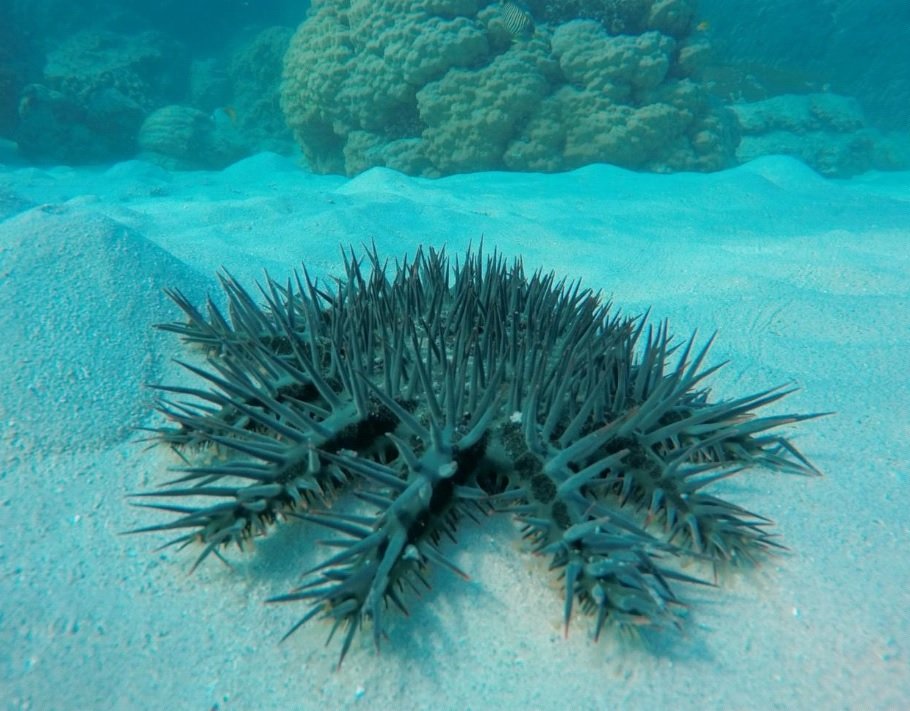 Apart from mechanistic investigations of the COTS eye, Ronald has also carried out some behavioural studies on the COTS and vision. He has found that with working eyes, COTS can easily find the reef, but if you blind them, they can’t. This shows that, at least at short distances, the COTS uses vision to find coral reefs.

Ronald has also spent some time in Townsville doing controlled lab experiments using the COTS and various stimuli, in order to observe their reactions and behaviour. He is currently at the Research Station to learn more about the visual habitat of the COTS and see how replicable their behaviours are in the real ocean, rather than in the lab. 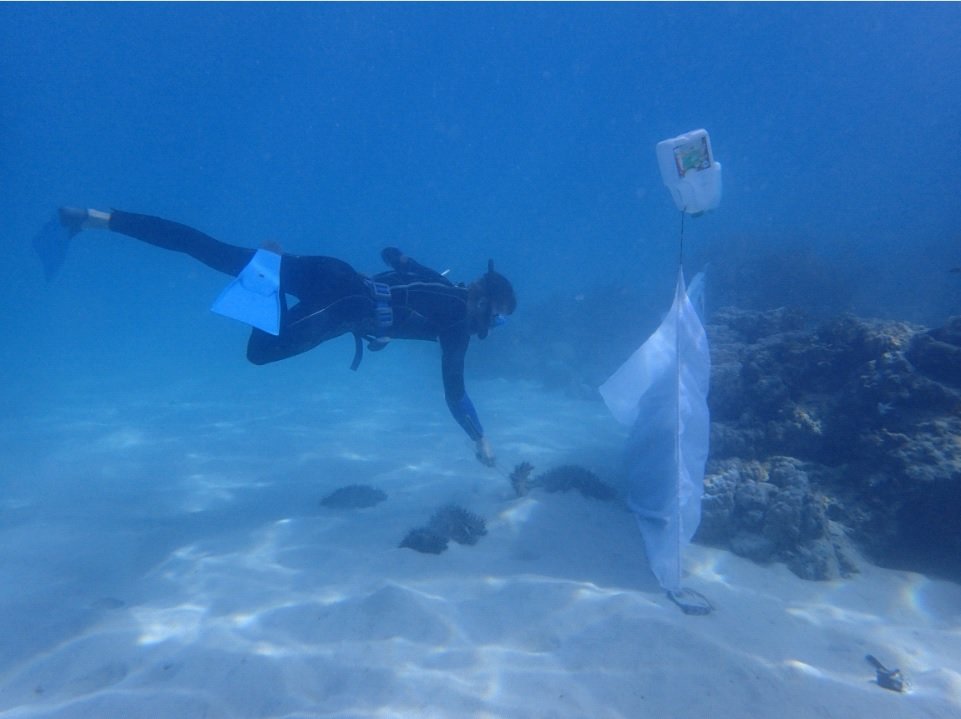