The next Crown-of-Thorns Starfish outbreak is coming

Crown-of-Thorns Starfish (COTS) are natural members of coral reef communities and their numbers erupt periodically into outbreaks. Adult starfish – which can reach more than 50 cm diameter – eat the living tissue of corals. When outbreaks occur, COTS consume coral much faster than it can grow so coral cover is substantially reduced.

The COTS problem is complex. Research into the phenomenon has been going on since the 1960s when the first outbreak was noticed on the Great Barrier Reef (GBR). Understanding it has become even more urgent in recent times because corals are being hammered on so many other fronts – particularly by global warming which causes coral bleaching, more intense cyclones, and ocean acidification. 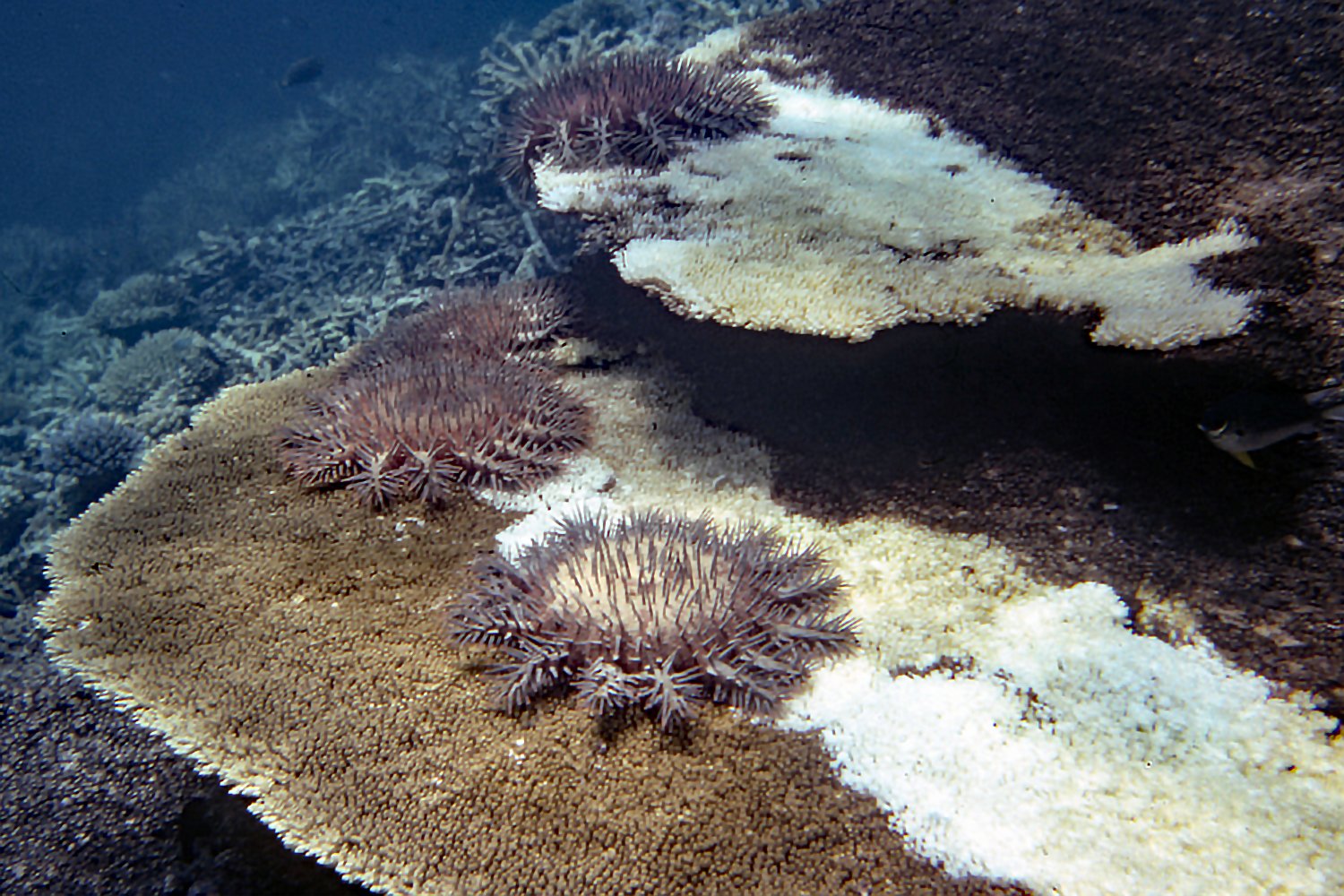 Adult COTS during an outbreak. Brown parts of the large plate coral have not yet been eaten. White skeleton is all that remains after the COTS have consumed the living tissue. Photo: Lyle Vail.

Research at Lizard Island has stepped up to make strong contributions. A large grant from The Ian Potter Foundation to the Lizard Island Reef Research Foundation in 2014 has enabled the Australian Museum to award 20 research grants aimed at finding practical methods to reduce the impact of COTS on their coral prey. This work has resulted in 27 scientific publications to date, with more to come. Professor Morgan Pratchett and his team at James Cook University, and collaborators at the Australian Institute of Marine Science, have won several of these grants.

Currently, huge resources are being put into manual culling of COTS on the GBR to reduce the impact on corals. In the short term, it’s a rational response. At this time of rapid change on coral reefs, it’s a lot easier to cull COTS than to halt and reverse global warming. But culling adult COTS during outbreaks is enormously expensive, requiring extraordinary effort and frequent visits to the same reef area to effectively prevent or minimise coral loss. 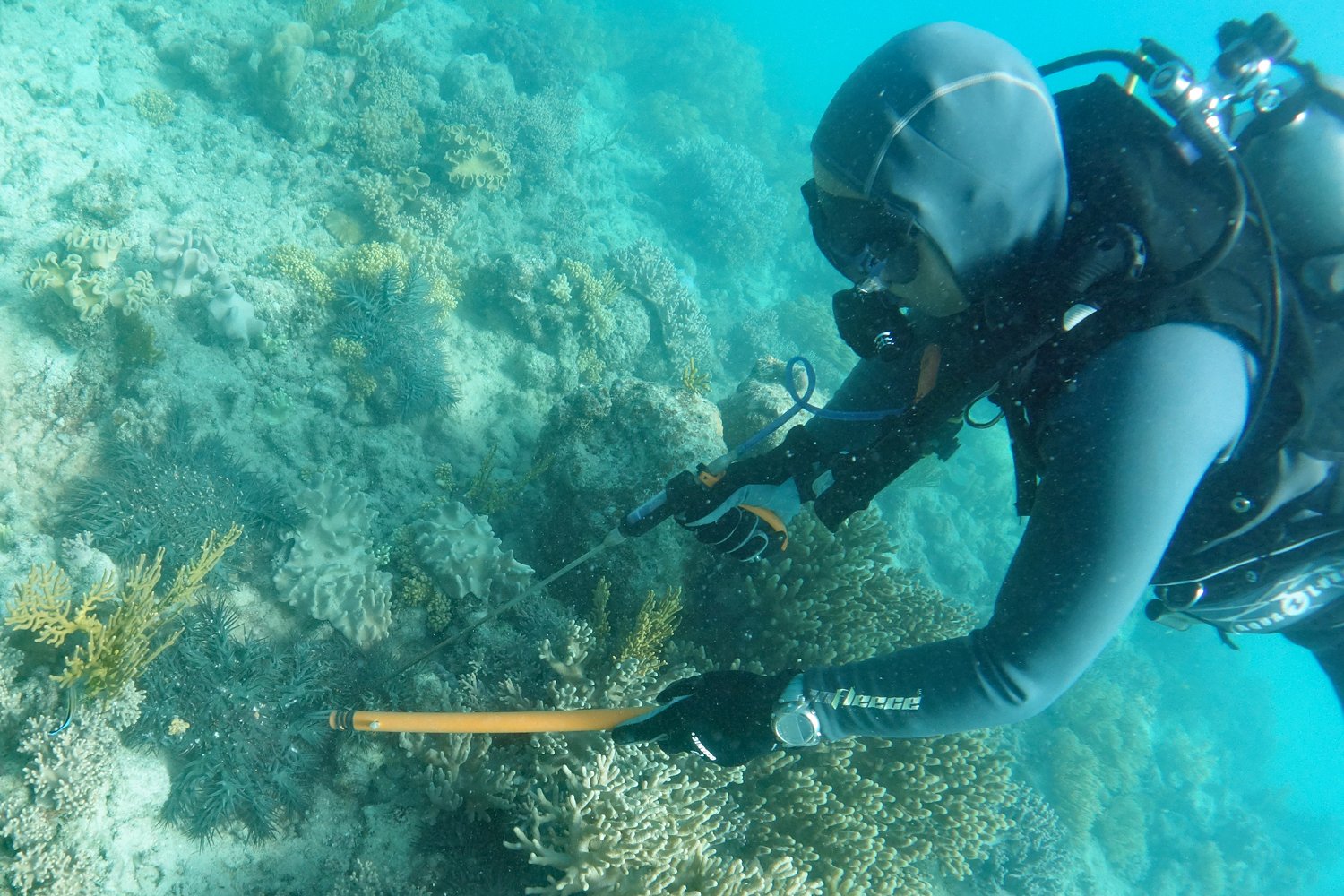 Culling COTS by injection of oxbile at Lizard Island during the 2010-2015 outbreak. Photo: Lyle Vail.

It seems logical that it’s more effective to nip future outbreaks in the bud rather than trying to control an outbreak after it has become established. During the first two to three years of life, young COTS remain hidden within the reef, invisible to casual observers, and they feed mostly at night. It’s only when they emerge at about 20 cm diameter and occasionally feed through the day that their presence and impacts become readily apparent. If we knew where and when those young COTS were hiding, control efforts could be much better targeted and could begin before much coral had been eaten.

It is well known that COTS outbreaks begin at the northern end of the GBR and progress southwards over years. The received wisdom is that the ‘initiation box’ is between Lizard Island and Cairns. But that’s also the where there is a sizeable number of people to observe and report large numbers of COTS – and observable COTS are already 2-3 years old. North of Lizard Island, there are far fewer observers. This suggests that outbreaks could begin further north. 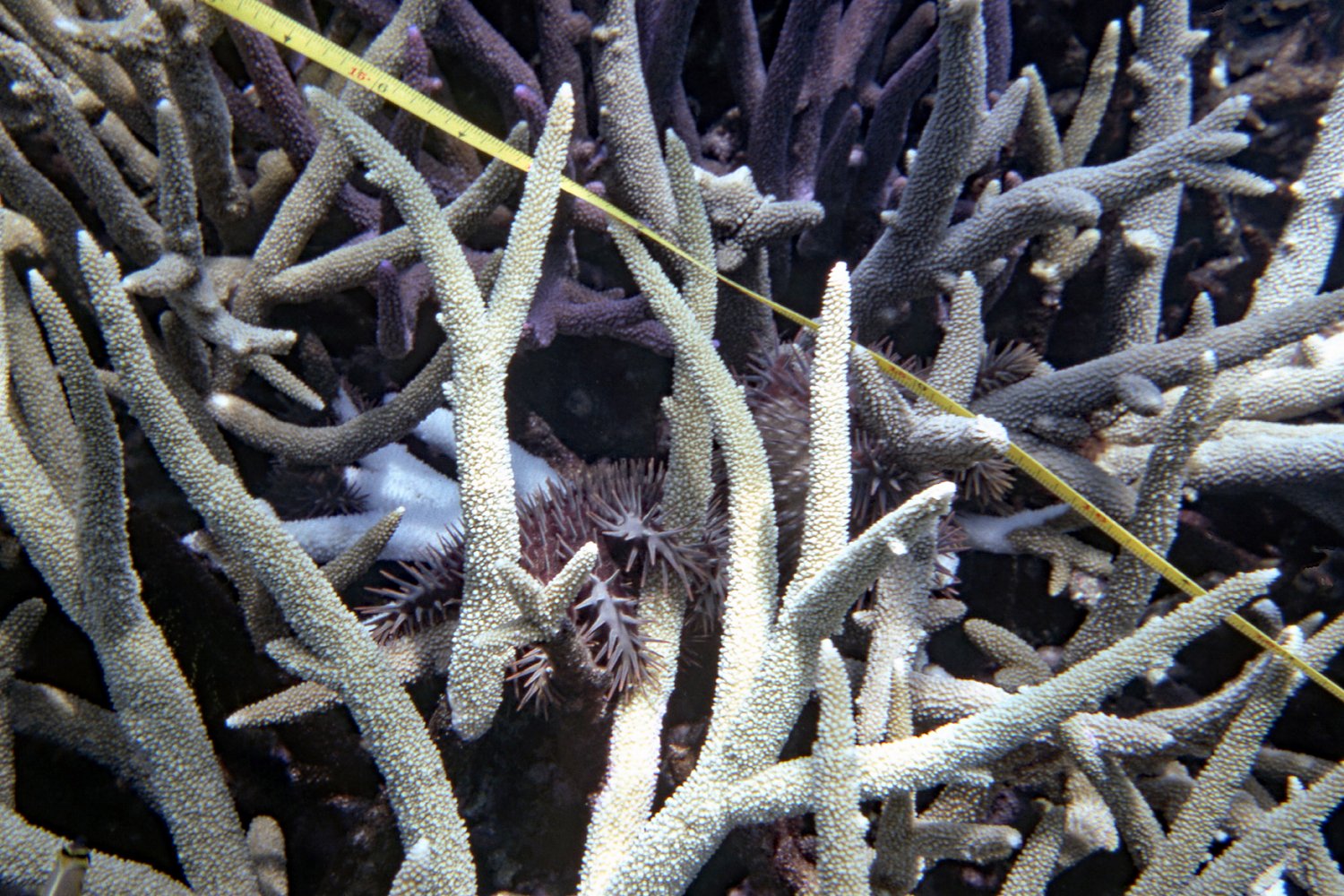 Small COTS can be difficult to see. There are at least two in this photo, taken during the 1993-1998 outbreak in the Lizard Island area. Both are about 20 cm diameter. Photo: Lyle Vail.

Morgan’s team and collaborators have developed methods to detect COTS when they’re in low numbers, between outbreaks. These include surveys over large areas by divers using underwater scooters (with the glorious acronym ‘SALAD’ for ‘scooter-assisted large area diver-based’ surveys), water sampling for DNA shed by COTS (environmental DNA, or eDNA), and larval traps which are standard sampling units deployed to determine where and when ‘baby’ COTS are settling onto the reef after their planktonic larval stage.

Lizard Island is currently in non-outbreak mode – the last one started in 2010 and finished in 2015. Using the SALAD method, Morgan surveyed COTS in the area in 2019, 2020 and 2021. He found that the density of COTS is generally increasing which suggests that an outbreak may occur within the next few years. That would be consistent with the timing of previous outbreaks: in the Lizard Island area, outbreaks have begun at 14 to 17 year intervals. 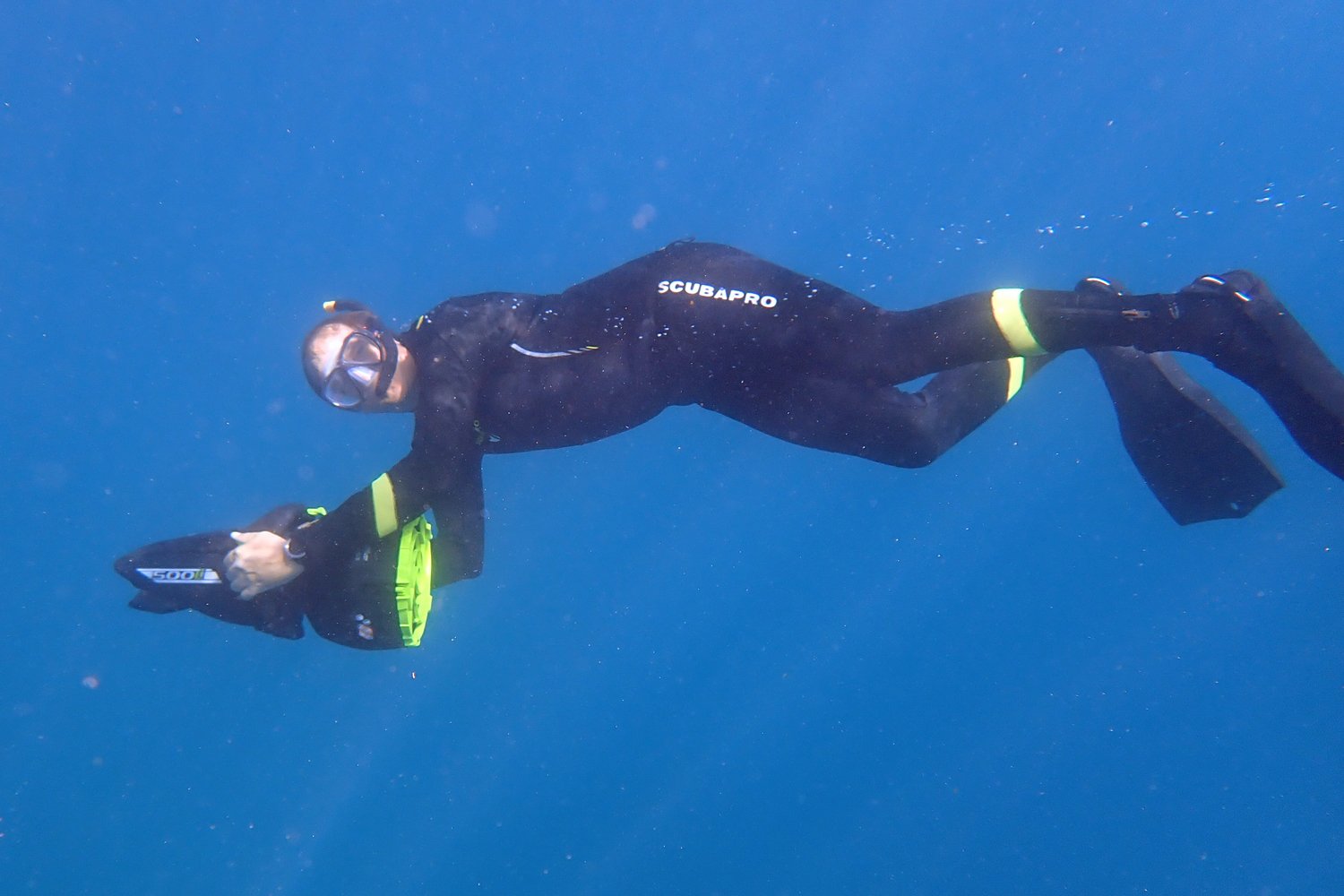 The 2021 surveys extended beyond the Lizard Island area to include reefs at the southern edge of the accepted ‘initiation box’, off Cairns, and also at reefs much further north, off Cape Grenville. Those surveys showed that highest COTS densities and the largest COTS sizes were found at the northernmost sites and those metrics decreased progressively southward. It isn’t clear whether higher densities and bigger individuals in the far north represent the beginning of a new outbreak that will spread southwards. But the information does provide an important baseline for assessing trends in coming years, especially when combined with the other methods that have been developed (eDNA and larval traps).

The slow build-up in COTS numbers around Lizard Island in recent years is obvious to those of us at Lizard Island Research Station who are frequent observers, and we expect the next COTS outbreak to begin within the next few years. We need to learn from this incipient outbreak as it is happening and use that knowledge to improve our responses to it.