Crown-of-thorns starfish, Acanthaster cf. solaris, are natural inhabitants of the Great Barrier Reef (GBR). Crown-of-thorns starfish (CoTS) are common coral eating starfish which grow up to 80 cm across, eat 10 square metres of coral a year and can produce up to 50 million eggs a year (https://www.aims.gov.au/sites/default/files/cots-revised.pdf). 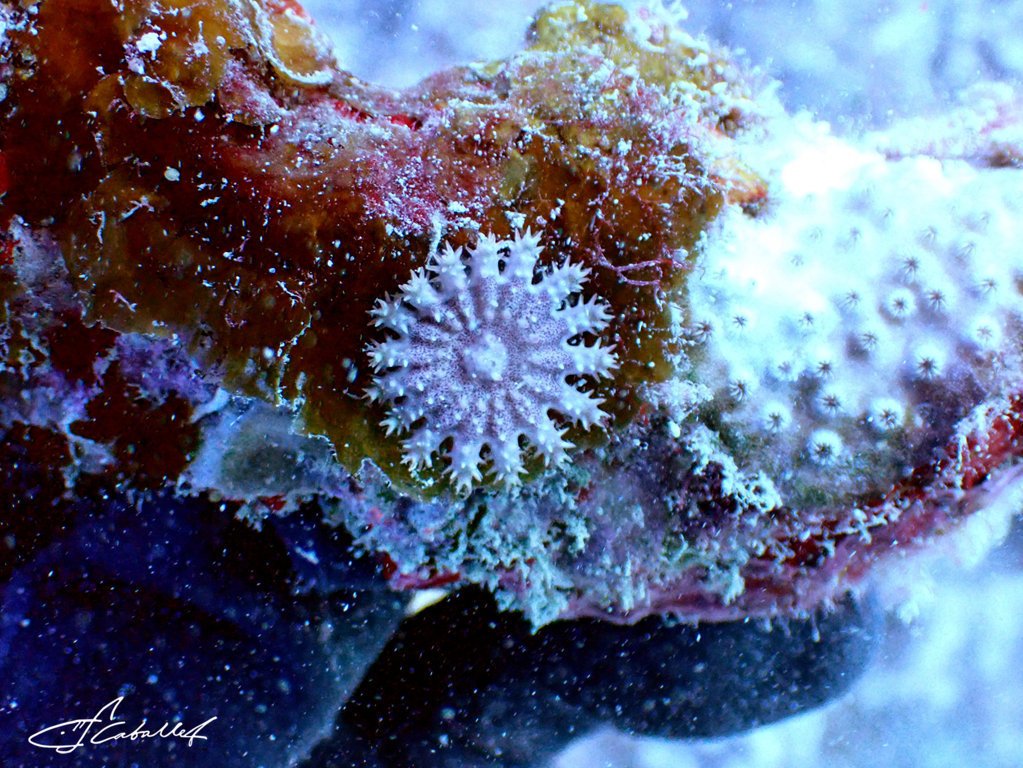 Aggregations of CoTS, known as population irruptions, occur periodically on coral reefs throughout the Indo-Pacific, including the GBR. Massive degradation of reefs is caused by large aggregations of adult starfish which feed on live corals. Population irruptions on the GBR originate in the northern GBR and move south to reefs beyond a well defined ‘initiation box’ between Cairns and Lizard Island. Recently the Lizard Island Reef Research Foundation, with support from the Ian Potter Foundation, funded research to investigate when, where and why population irruptions of CoTS are initiated in the northern GBR.

Professor Morgan Pratchett  (ARC Centre of Excellence for Coral Reef Studies, James Cook University) and Dr Sven Uthicke (Australian Institute of Marine Science) lead a team which is testing methods to improve detection of CoTS at various life stages and to gather data on changes of population dynamics of CoTS.

The density of CoTS populations is difficult to assess as the starfish are often hidden in the reef and extensive areas of reef must be sampled when CoTS density is low. This study assessed large areas of reef with divers using an underwater scooter to traverse long transects, which increased the extent of reefs sampled and allowed detailed searches of target areas eg. where feeding scars were observed.

Another aspect of this study was to assess the reproductive potential of low-density populations of CoTS. The study tested the idea that starfish actively aggregate in the lead up to spawning to increase reproductive success. The team mapped the geolocation and reproductive status of CoTS at different stages of reproduction and spawning.

The third strand of this research project was to compare the efficacy of diver based visual surveys and eDNA (environmental DNA) techniques to measure CoTS populations. eDNA is a technique to establish the presence of a species from DNA in water samples. Aquatic organisms leave DNA clues in the water as they shed  cells eg. in scales, faeces, mucus or gametes. The study found strong agreement in the detection rate of CoTS in both techniques.

This two year project which is funded by the Lizard Island Reef Research Foundation and the Ian Potter Foundation, has completed the first year of sampling. Results are being analysed and further sampling is proposed. The project is developing and testing new methods for monitoring and detecting CoTS populations which will help identify the early stages and causes of population irruptions.