Stylasteridae (“lace corals”) are a family of hydroids, closely related to stony corals in the phylum Cnidaria.  They and one other hydroid family, Milleporidae (“fire corals” ) have a hard, calcareous skeleton.  Globally, some 330 stylasterid species have been described.  They range from the Arctic Circle to the Antarctic and have unusual characteristics.

Unlike fire corals and many other corals on the Great Barrier Reef, stylasterids do not host zooxanthellate algae in their tissues and do not depend on algal photosynthesis.  They obtain nutrition by capturing small prey.  This means they are not subject to “bleaching” and are able to live in deep water.  Around 90% of stylasterid species live at a depths 50 metres or more with 200 to 400 metres being the most common range. Some have been found at depths of over 2,000 metres. All the images in this post are of shallow water species.

Some stylasterids have spectacular bright colours and shapes.  They show a wide range of yellow, orange, pink, violet, green and brown.  The colour is in both their hard skeletons and in their soft tissue and is retained even after the living tissue dies. 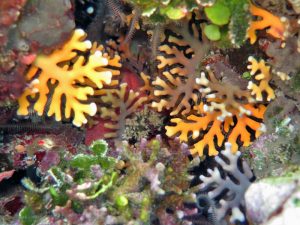 Stylasterid colonies have 2 types of polyps, dactylozooids and gastrozooids, specialising respectively in prey-capture-defence and food-digestion.  They are “brooding” corals, reproducing by fertilisation within their special structures, the ampullae, rather than by broadcasting sperm and eggs.  This limits their dispersion.

The tri-dimensional structure of stylasterid skeletons enhances habitat complexity, creating refuges for a variety of mobile and sessile invertebrates such as annelids, anthozoans, cirripeds, copepods, cyanobacteria, echinoderms, gastropods, hydroids and sponges.  Because of their relatively small size, slow growth and fragility, Stylasterid corals are not considered to be major reef-builders. 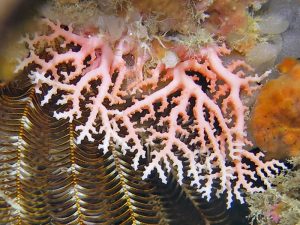 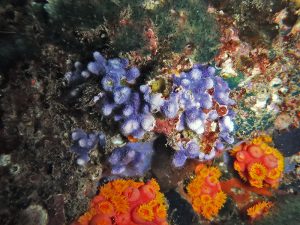 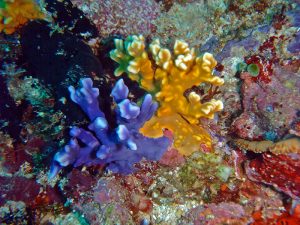 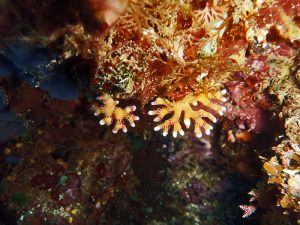 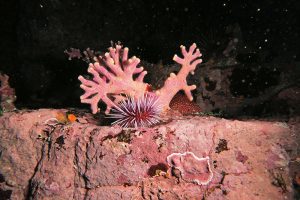 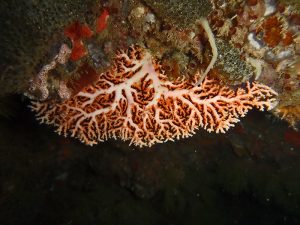 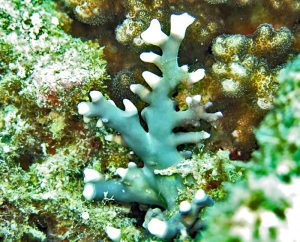 Although stylasterid species have been extensively studied in deep water and temperate areas, only scattered information is available on those found in shallow tropical areas such as the GBR.  To date 11 species have been recorded in Australian waters, including 8 shallow species.  Their current taxonomy is based mainly on their morphology, with scant reference to soft tissue, symbiotic associations or nematocysts.   There are only a few entries for stylasteridae in the Lizard Island Field Guide.

Dr. Daniela Pica has been awarded the LIRRF 2018 John & Laurine Proud Postdoctoral Fellowship to advance knowledge of the taxonomy, ecology and distribution of stylasterids around Lizard Island, with a particular focus on the outer reefs.

Her research is likely to result in description of new species, additional entries in the Field Guide, improvement of the reference collection in the Australian Museum, and a guidebook providing information on local species to assist identification.  She is also planning a separate genetic study to improve understanding of the relationships and distribution among shallow water tropical species. These projects will provide a baseline and tools for future studies and monitoring programs.

[Acknowledgement and thanks to Dr. Pica for her assistance with this post.  See also In praise of taxonomy.]