My colleagues and I are researching how plastic consumption may affect the transition (recruitment) that fish make from an open water (pelagic) existence to settlement in a coral reef community.

Microplastics have been found in the digestive tracts of juvenile coral trout caught at Lizard Island.  It is likely fish misidentify these particles as a potential food source.

We used Damselfishes as our model organism. Damselfish occur along the entire Great Barrier Reef, and are readily available. We studied larval Pomacentrus amboinensis, Pomacentrus wardi, Pomacentrus chrysurus and Pomacentrus nagasakiensis to determine which of these animals had the lowest variability in plastic consumption. We also tested whether these 4 species show preference as between spherical and irregular-shaped plastic particles. It’s important to quantify the consumption rates of both particle types, as both occur in the environment. 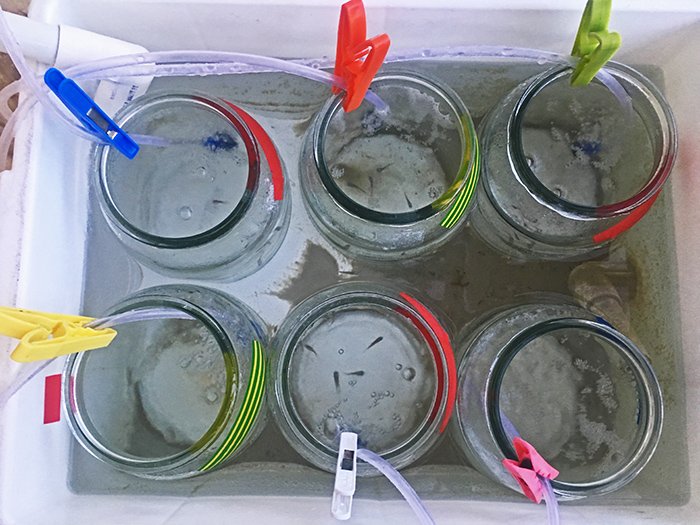 Here, we have Damselfish recruits (15mm) in aerated glass tanks. The water was reticulated directly from the Reef lagoon and contained all their normal pelagic nutrients. We used a 2mm filter to eliminate any plastic particles already present in the lagoon water. We had tanks without plastic particles, providing a control group. We introduced spherical and irregular microplastic particles into the other tanks, and then counted and recorded their ingestion by the 4 species used in the study. © Bridie Allan

A critical part of surviving the transition from the pelagic environment to the benthic environment is the ability to avoid predators. By eliciting an escape response from fishes that have ingested plastic, we can quantify how these important responses may change.  Preliminary results indicate the plastic influences both the sensory and locomotory responses to a threat, thus altering escape behaviour. This could mean that mortality rates of fishes could increase following plastic consumption.

Fish have an excellent sense of smell.  When a predation event occurs, the target Damselfish emits a distinctive scent that serves as an alarm to others nearby. We set up experiments using juvenile Acanthachromis polyacanthus to test whether their response to such alarms is affected by ingestion of plastic particles, and whether those that have ingested plastic display maladaptive behaviour in the face of risk.

Normal metabolism of oxygen produces an array of highly reactive molecules, collectively called reactive oxygen species (ROS).  Environmental stress factors such as abnormally high temperatures can boost an animal’s ROS production to levels that damage cell structures.  This is called oxidative stress. Our research yielded information on whether ingestion of microplastics by juvenile A. polyacanthus also causes oxidative stress. ROS and the production of antioxidants are ideal candidates to correlate with fitness outcomes resulting from plastic ingestion.

Mortality due to recruitment failure

Our next research project at Lizard Island is scheduled for November 2019. It will explore whether we can correlate microplastic consumption with predation; and importantly, if fish that have consumed microplastics are more at risk of death than those that have not.

I am now back at the University of Otago analyzing observations and data from the field research completed so far.

The preliminary results indicate that ingestion of microplastic particles by juvenile fish impairs their escape responses and increases their mortality rates.  They are equally attracted to spherical or irregular shaped particles, and their rate of plastic consumption is determined mainly by the availability of such particles in the water.

The final results will be published in a scientific journal and deposited in the library at the Lizard Island Research Station.  Our research will advance understanding of the potentially sub lethal effects of microplastic pollution on marine fish. This research can be directed towards effective management in preventing further contamination of marine ecosystems.

I would like to extend my thanks to the Rossi Foundation, LIRRF and the Lizard Island Research Station for the financial and logistical support that made this research possible. 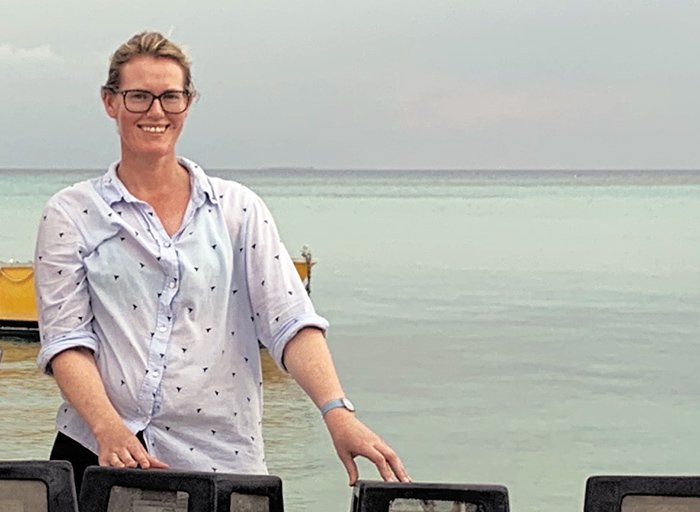