You are here: Home / Posts / Zoli’s gifts of sight

Sight is important in countless ways, including for science and for appreciating why life on the Great Barrier Reef is so worthy of our support and conservation.

Zoltan Florian (Zoli) was Director of the light microscope unit at James Cook University from the 1970s to the end of the century.  A well-known and much-loved member of Townsville’s marine science scene, he died in April 2017 aged 87. 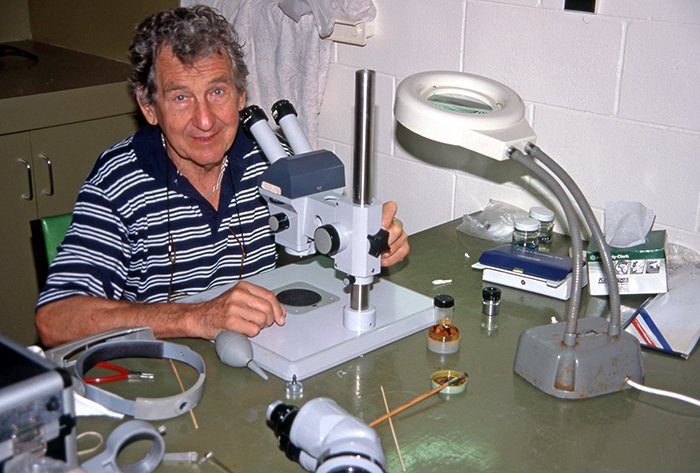 Zoli made a significant contribution to Lizard Island sight and science, including a generous bequest to our Foundation to fund the Zoltan Florian Marine Biology Fellowship.  His gifts are especially precious because he lost his own sight in his final years.

Zoli was born in Bratislava in 1928 (then Hungary, now Slovakia).  After the Second World War, with Hungary in turmoil, the teenage Zoli made his way by stealth into occupied Germany. There he found work with an American Army unit as a typewriter technician – the genesis of a life of technical work that eventually, spanned all scales, from microscopic to the gargantuan.

He arrived in Sydney by migrant ship in 1951, his first home being the migrant centre at Bonnegilla near Wodonga, from where he moved among jobs at the Port Kembla steel works and the Snowy Mountains Scheme.  There followed work at Mount Isa, Queensland University and James Cook University. He achieved maestro status in the field of light microscopy. 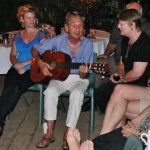 Zoli with guitar and friends. Photo provided by Terry Done

A single and very sociable man, Zoli made his Townsville home on Melton Hill, with a view over the CBD. It became a gathering place for his friends and a magnet for impromptu parties.

More than just the master of the use of microscopes as envisaged by their manufacturers, he was a genius in meeting the diverse needs of scientists and film-makers. For example, the JCU team that first observed mass coral spawning in the late 1970s and early 1980s needed macro- and microscopic stills and movies of the phenomenon.  Salt water and expensive optical and lighting gear don’t mix well, but Zoli was able to create filming, focusing and lighting systems that captured the event on film to a standard rarely equaled even today.

Zoli’s brilliance in his work was founded on a passion for observation and documentation of both microscopic marine life and the bigger creatures on coral reefs.

Post-retirement from JCU, he was a natural fit as an honorary associate of the Museum of Tropical Queensland, and also a regular member of research dive teams on field trips to the Great Barrier Reef, among which were frequent visits to the Lizard Island Research Station. 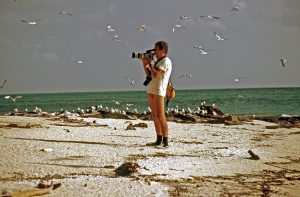 Zoli serviced the Station’s microscopes pro bono, assisted researchers out on the reefs, and rubbed shoulders in the lab with researchers and film-makers from around the world. He was instrumental in securing the donation of an Olympus stereo microscope for the Station and  helped in many other ways to maintain it as a world-leading facility for field research on coral reefs.

We will be posting further details of the Zoltan Florian Marine Biology Fellowship in due course.  We greatly appreciate having this wonderful way of continuing Zoli’s support for coral reef science and conservation.

Thanks also to Zoli’s friend and executor Dr Terry Done for providing most of the words and information for this post.