Top predators affect mid-level predators (mesopredators), which in turn affect prey fish lower down the chain. This is a trophic (food) cascade.  When the three levels are in ideal balance, the presence of top predators is highly beneficial to the survival and well-being of juvenile fish. 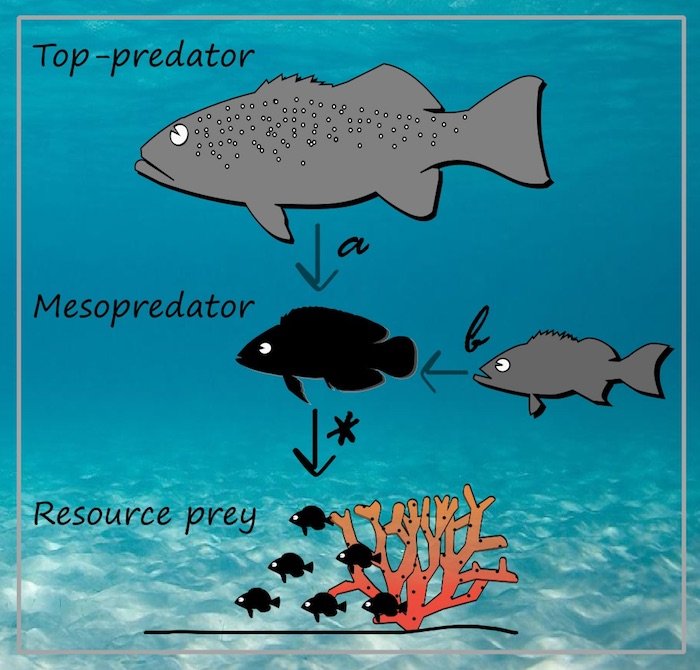 In this trophic cascade, the interaction between the black mesopredator and its prey (*) can be influenced indirectly by the top-predator (a) or another mesopredator (b). © Maria del Mar Palacios 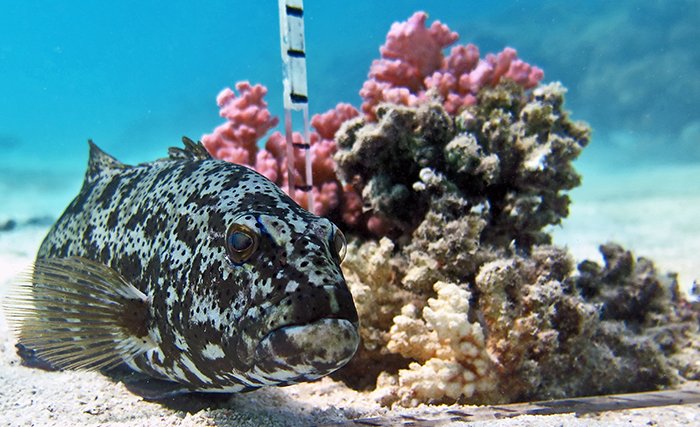 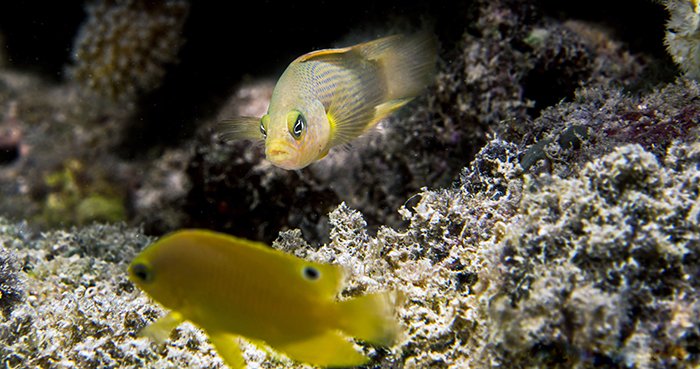 The team recorded how visual and chemical cues from predators produce a fear response in mesopredators, and how that has an indirect effect on the survival, behaviour and physiology of resource prey. Their detailed findings have been published in two peer-reviewed publications.

In Sensory cues of a top-predator indirectly control a reef fish mesopredator  they describe how the presence of the top-predator restricted the distance swum, area explored and foraging activity of the mesopredator while indirectly triggering a behavioural release of the resource prey. The presence of a large non-predator species (Thicklip Wrasse Hemigymnus melapterus) mediated the impact of the mesopredator on the resource prey, as it provoked mesopredators to engage in an ‘inspection’ behaviour while significantly reducing their feeding activity.

We reported Maria’s research-in-progress in our post on Behavioural interactions in the fish-food web. She and her colleagues have submitted two further papers for peer review and publication: Positive indirect effects of top-predators on the survival and behaviour of juvenile fishes (in OIKOS ) and Multiple predator effects on juvenile prey mortality (in Oecologia).  We will post the links here as soon as they become available.

Their meticulously planned and recorded experiments and observations expand understanding of the importance of top predators in marine food webs, ability to predict the consequences of their reduction or loss, and capacity to manage and conserve the Reef ecology. 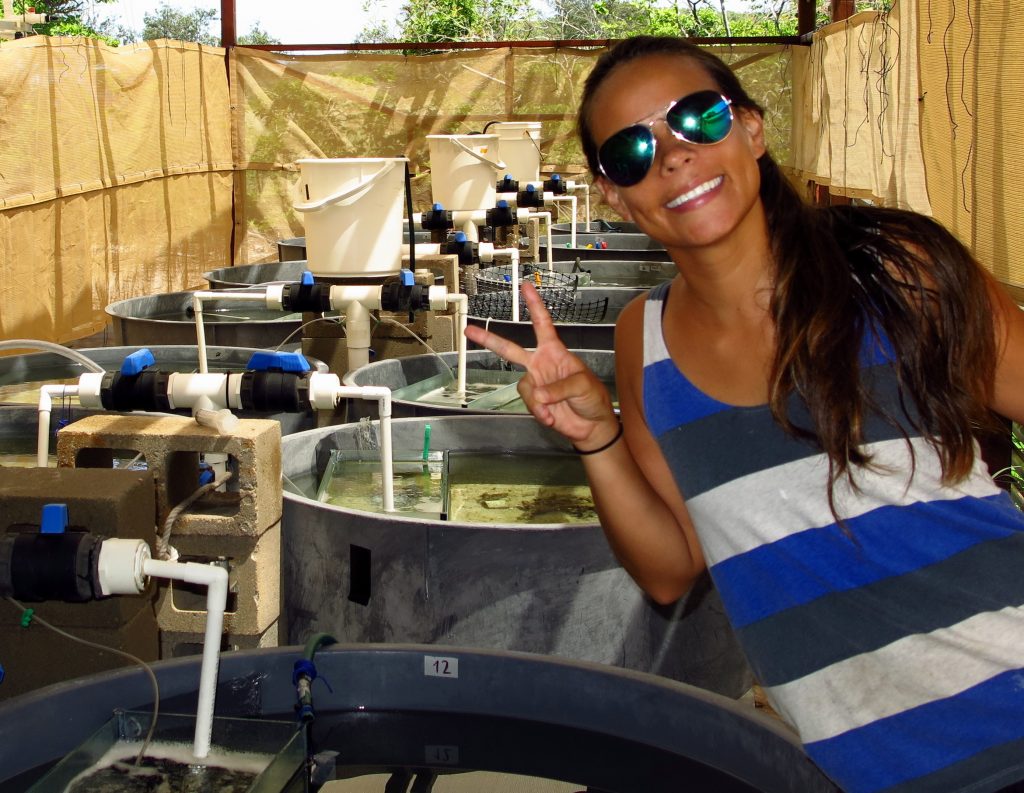 Dr. Maria del Mar Palacios with experimental setup used to run many of the trials at Lizard Island.

Maria’s PhD was recently conferred by JCU, based on her thesis on trophic cascade interactions. Her research was supported  by a LIRRF / Ian Potter Foundation Doctoral Fellowship.