You are here: Home / Posts / In praise of taxonomy

In biology, taxonomy is the science of describing, identifying, naming and classifying organisms.

Without taxonomy, scientific communication about the living world would be almost meaningless, because there are millions of species and no other practical way of specifying exactly which animal, plant, bacteria, fungus, virus or other organism is being referred to. Taxonomy makes many important things possible, including measurement of biodiversity, reference to previous research on the same organism and species-specific strategies for conservation.

Carl Linnaeus (1707-1778) was the father of taxonomy. He developed a hierarchical system based on similarities and differences in form and structure (morphology). Modern taxonomy also also considers evolution and genetics.

There are 7 major taxonomic rankings, ranging from very broad to species-specific.  For example, the 7 ranks for the Blacktip Reef Shark are Kingdom: Animalia; Phylum: Chordata; Class: Chondrichthyes; Order: Carcharhiniformes;  Family: Carcharhinidae Genus: Carcharhinus;  Species: Carcharhinus melanopterus.  Units within any of these ranks are called “taxa”. Humans are in the same phylum (Chordata) as sharks, but that’s where our paths diverged. 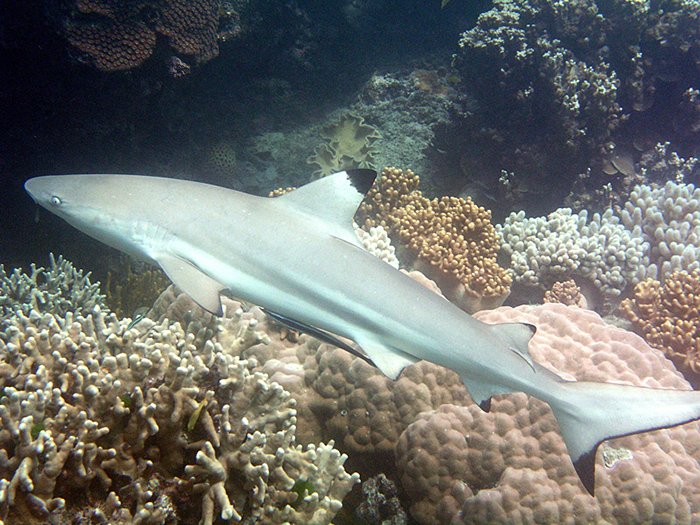 The process of establishing the scientific name of a new organism is referred as “describing”. It is governed by internationally-accepted sets of rules for each of the different major groups of living organisms.  For example, all animals must be described according to the International Code of Zoological Nomenclature.  A new name becomes established when a formal description of a new organism is published in a prescribed format.  Description papers record extensive information and analysis – it is not simply a matter of picking a new name.

Establishing the name of new animal species also requires particular specimens to be nominated as “type” specimens for that species. One, the holotype,  becomes the reference in perpetuity.  Looking after these important type specimens is one of the responsibilities of natural history museums worldwide.

As life evolves, variations occur within species.  Taxonomists document the range of morphological and genetic variation and highlight features that distinguish closely-related species from each other.

Taxonomy and genetics are core areas of science at the Australian Museum.  Scientists working there and at the Lizard Island Research Station describe hundreds of new species every year. It has been estimated that around 90% of land and marine species on our planet have yet to be described.  This important task could take hundreds more years.

Dr Daniela Pica has been awarded the 2018 John & Laurine Proud Postdoctoral Fellowship funded through LIRRF to advance understanding of taxonomy of lace corals around Lizard Island.

Special acknowledgement and thanks to Dr Anne Hoggett for her contribution to this post.