You are here: Home / Posts / Schooling influences metabolism and behaviour on coral reefs

The Australian Museum’s Lizard Island Research Station has been a wonderful place for research and learning during my time as a PhD student with James Cook University. 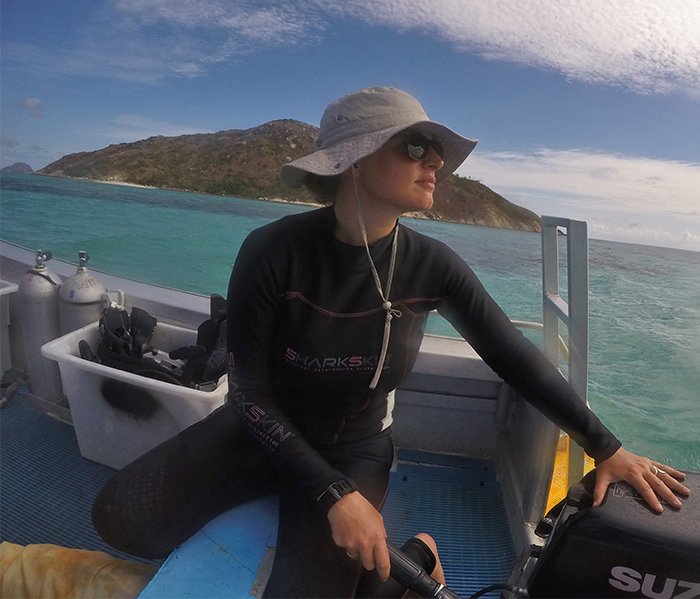 Researching at Lizard Island – one of my calmer moments © Lauren Nadler 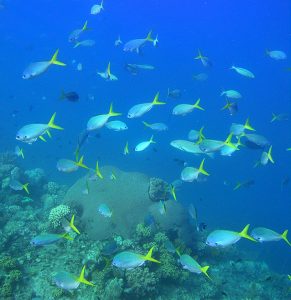 Over the last three years, I have been working at LIRS studying the behaviour of two species of schooling fish: the blue-green puller Chromis viridis and the yellowtail fusilier Caesio cuning. For this project, my goal was to establish an important base knowledge on schooling behaviour on coral reefs, focusing on how living in groups affected the behaviour and physiology of individuals. 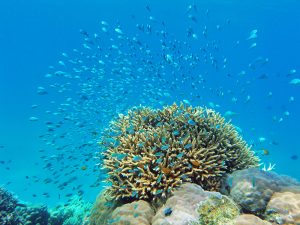 One way I was able to investigate the physiology of sociability was to measure the physiological stress and metabolic demand of isolated versus grouped individuals. Theory suggests that group-living produces a “calming effect” in animals, as group-mates are able to share in the costs of important process like predator scanning and detection. Until now, there has been little direct evidence to support this theory due to the difficulty of isolating individuals for testing.  Using a novel methodology, I found that school-mate cues reduced the metabolic rate of individuals. Fish held in isolation exhibited an energy cost in the form of reduced body condition compared to those living in schools. These results indicate social isolation due to environmental disturbance could have physiological consequences for gregarious species.

I also investigated whether a school’s habitat influenced their ability to respond to threats both collectively as a group and as individuals. Using a laminar flow swim tunnel, I simulated a predator attack on a group of fish. As fish escape responses occur in milliseconds, I filmed their response to this threat at high speed. I found that while habitat characteristics like average water flow rate did not affect collective school swimming behaviour or coordination, it did strongly impact individual escape performance. The individuals from schools collected on high-flow reefs exhibited quicker reaction times and faster propulsion away from the threat. This effect could occur as there is less room for error in a rapidly moving environment, causing only the most athletic fish to survive. 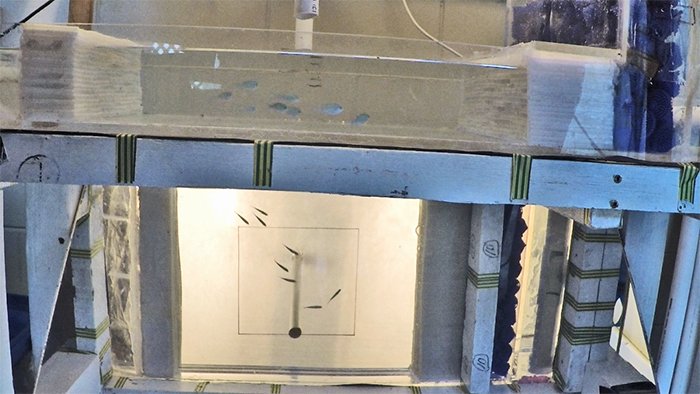 Many thanks to LIRRF for my Lizard Island Doctoral Fellowship. This funding has allowed me to complete this novel and exciting research.  I learned a great deal, not only from my own work, but also from contact with other scientists doing field research at the Station. For further information on my research, see my 2015 Report (PDF) and Familiarity, climate change and schooling.

In addition, through a Lizard Island Reef Research Foundation travel award, I was able to attend the 2015 Annual Main Meeting of the Society for Experimental Biology (SEB) in Prague as a finalist for the Young Scientist Award. It provided a large audience for my presentation, constructive feedback on my research from other scientists, potential new collaborations and possible job opportunities for after I complete my PhD.  I was also able to attend presentations by distinguished scientists from around the world, where I was able to learn about a range of new techniques for studying fish physiology and kinematics (study of locomotion), both of which feature heavily in my work at Lizard Island. 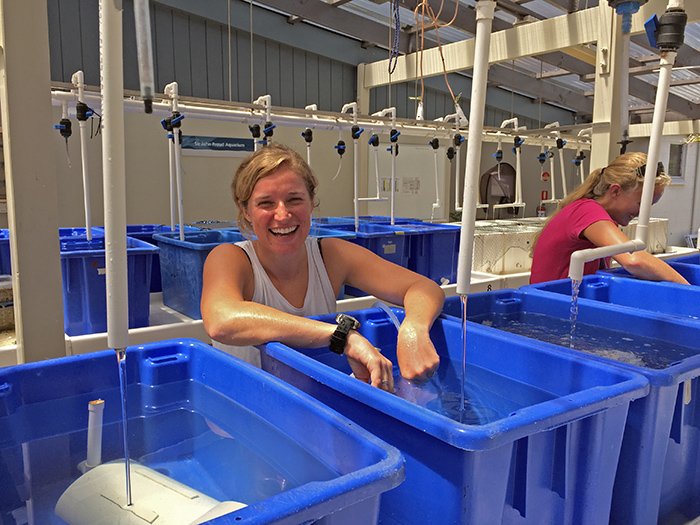