You are here: Home / Posts / Students from The Geelong College study reef ecology 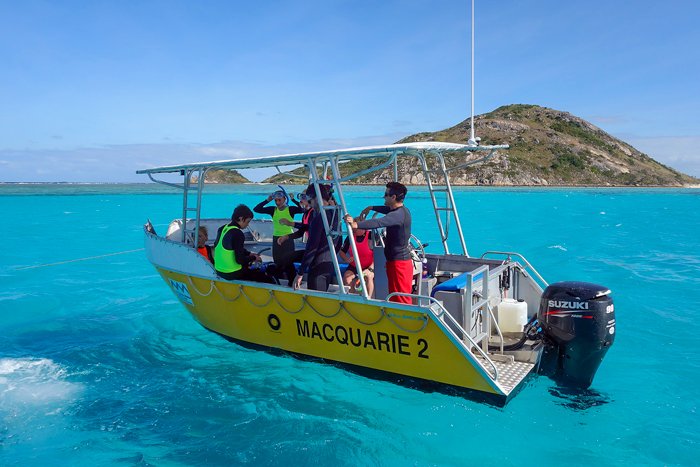 The students have undertaken a series of practical activities on the local reefs and have explored numerous locations around the island.   This has given them an excellent overview of the diversity of reef habitats and the recovery of the coral community. 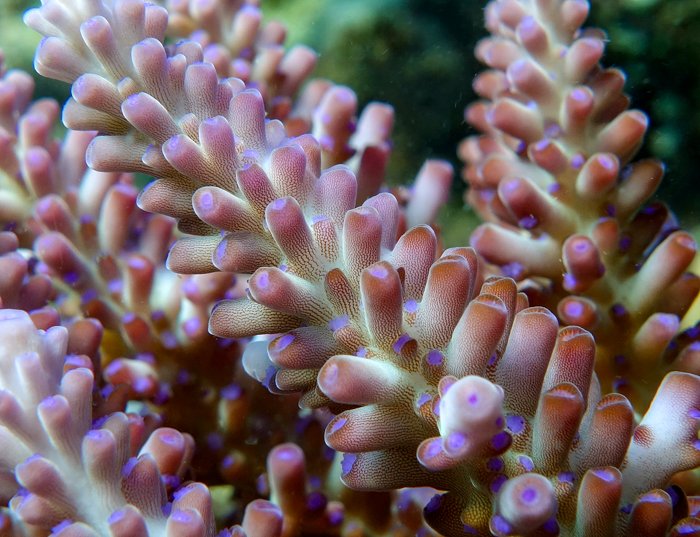 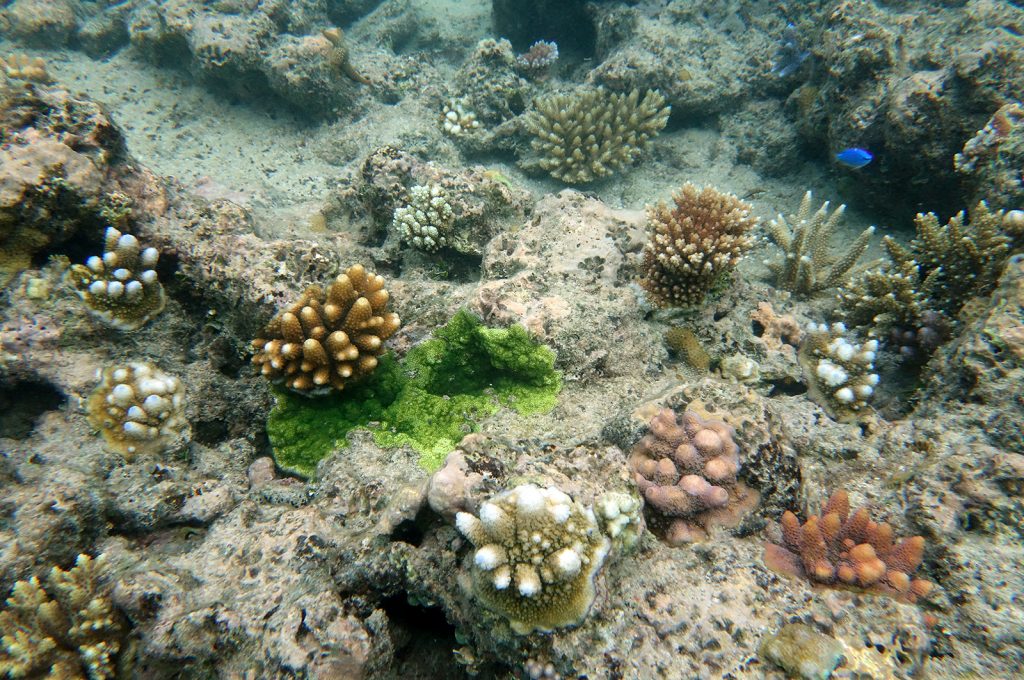 Dr Lewis has been researching and guiding at Lizard Island and elsewhere for decades.  His Reef EcoImages and other photography is available here,  and he has contributed many entries to the Lizard Island Field Guide.  He is able to use his long-term photo-monitoring imagery from the Clam Garden site to clearly illustrate the growth rates of juvenile corals that are driving the reef recovery.  The following photos show how corals have grown around the same White Clam over the past three years. 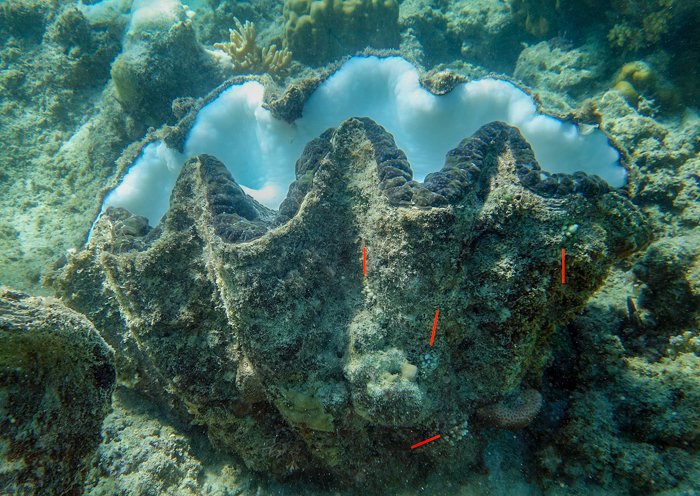 A White Clam in 2017.  Tiny new corals have settled but are barely visible in the areas marked with red bars © Dr Andy Lewis – Reef EcoImages 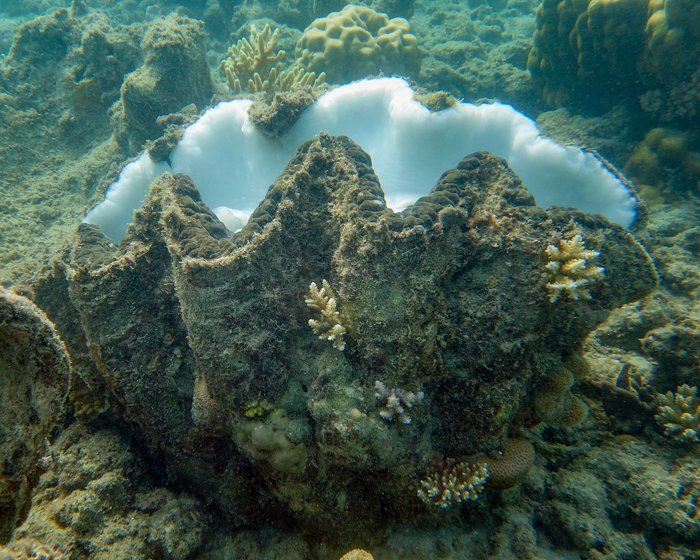 The same White Clam in 2018.  The corals have started to grow. © Dr Andy Lewis – Reef EcoImages 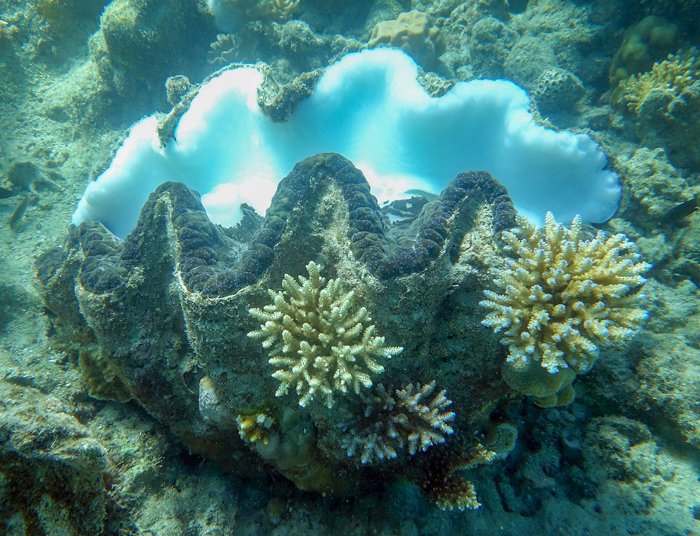 …and the growth accelerated  in 2019.  It should continue in years to come, for so long as there are no more direct-hit cyclones, periods of abnormally high sea temperatures that cause fatal coral bleaching, or further population outbreaks of the Crown of Thorns Starfish.  © Dr Andy Lewis – Reef EcoImages

The students engaged in reef surveys to measure the number and diversity of these new corals.

Students from The Geelong College have been visiting the Station every year since the early 1990s. Its our longest-term school group. 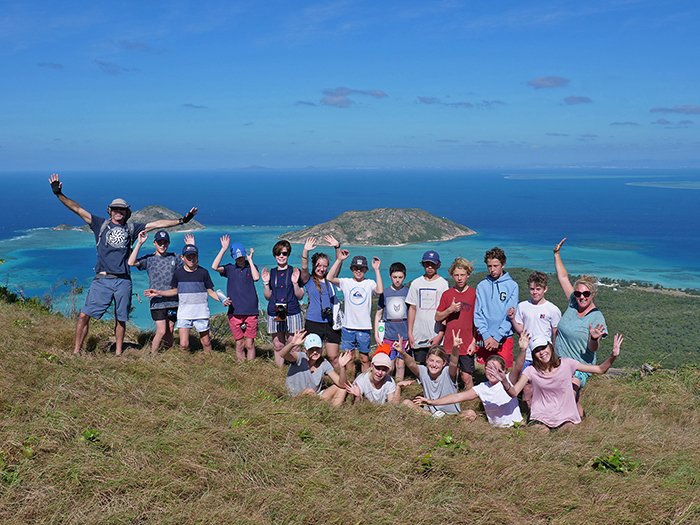