You are here: Home / Posts / Fish feeding on larvae COTS

Zara-Louise Cowan is currently completing her PhD at James Cook University. She is researching the early life stages of the reef’s most destructive creature, the Crown-of-thorns starfish (COTS). Specifically she is looking into predators of larval COTS and under what conditions the larvae settle and develop into their adult starfish form.

There is a hypothesis that large outbreaks of COTS are facilitated by removal of predators, including the giant triton snail that feasts on adult COTS.  Unfortunately there are not nearly enough tritons, and by the time COTS reach adulthood they are already killing coral.  Zara is focusing on damselfishes, examining which species eat the most COTS larvae and how much they consume. Currently she is working with 12 different damselfish species at the Australian Museum’s Lizard Island Research Station, to try and work this out. 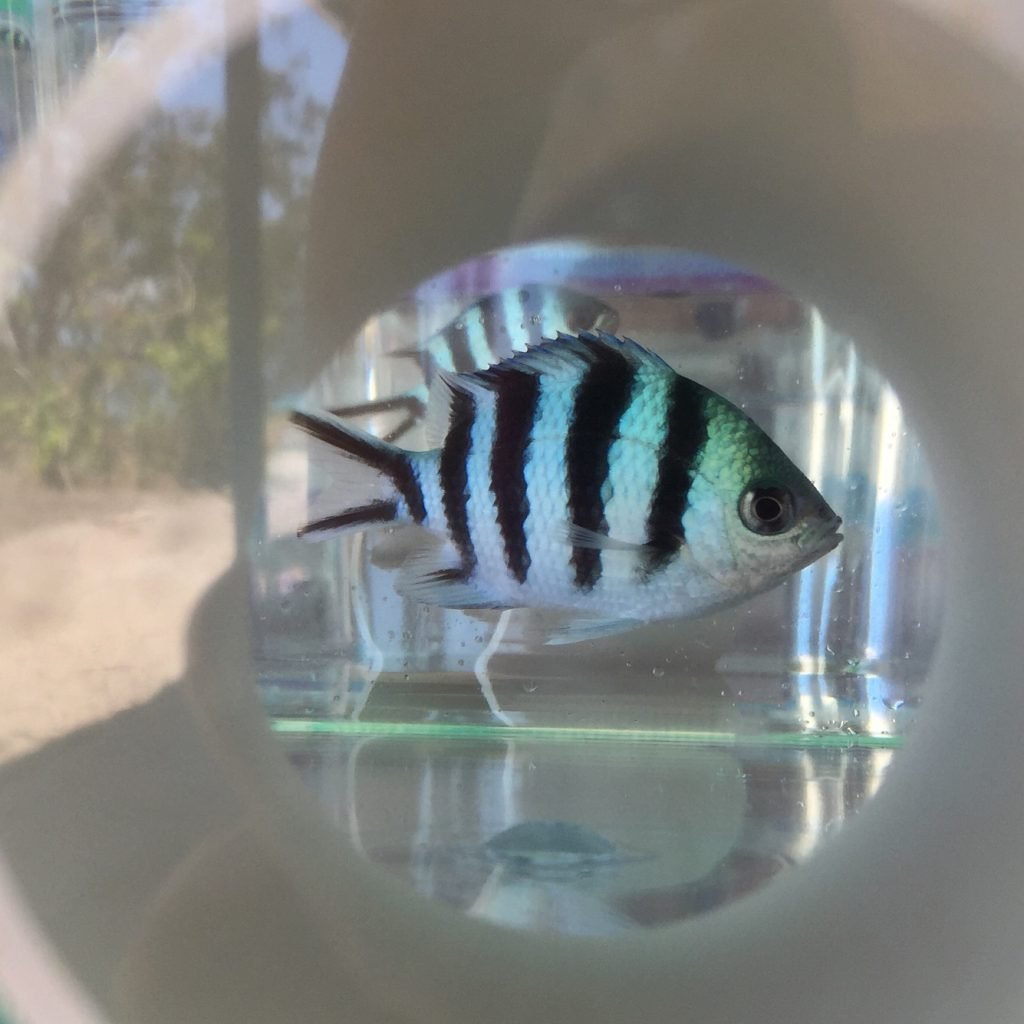 A scissortail sergeant (Abudefduf sexfasciatus) back at the lab. Image: © Zara-Louise Cowan.

The COTS larvae have a chemical defense, in an attempt to deter predators. However, preliminary results suggest that some damselfish species will eat the larvae regardless of this defense.

The second part of Zara’s research looks into the conditions under which the larvae will settle. This is where the COTS larvae become negatively buoyant and attach themselves to the available substrate (i.e the bottom layer of the sea bed, consisting of rubble, algae, bleached coral, etc.)

Zara is investigating specifically whether the presence of predators in the substrate will cause COTS larvae to delay settlement. Predators that Zara is working with in this section of the research include crabs, shrimp and live corals. In adult COTS, the scent of predators is enough to trigger a flight response.

Overall, this research could provide useful in the assessment of general reef health and potentially assist in the fight against COTS in the future. Below is a short video showing one of the damselfish species (Dascyllus aruanus) at the lab.