Photosynthetic marine plants (especially seagrasses, tidal marshes and mangroves) “eat” carbon dioxide and release the oxygen component. Their residual biomass becomes part of the sea floor sediment, where their carbon remains for millennia. This sequestration occurs much more efficiently and lasts much longer than that of terrestrial forests.  Marine-sequestered carbon is called “blue” carbon.

Most seagrass research has focussed on shallow-water species that are easier to access.  Deepwater (> 15m ) species are generally smaller and more sparsely populated. Their carbon sequestration has been assumed to be less significant – probably not much more than that found in bare sandy areas of the Reef lagoon. 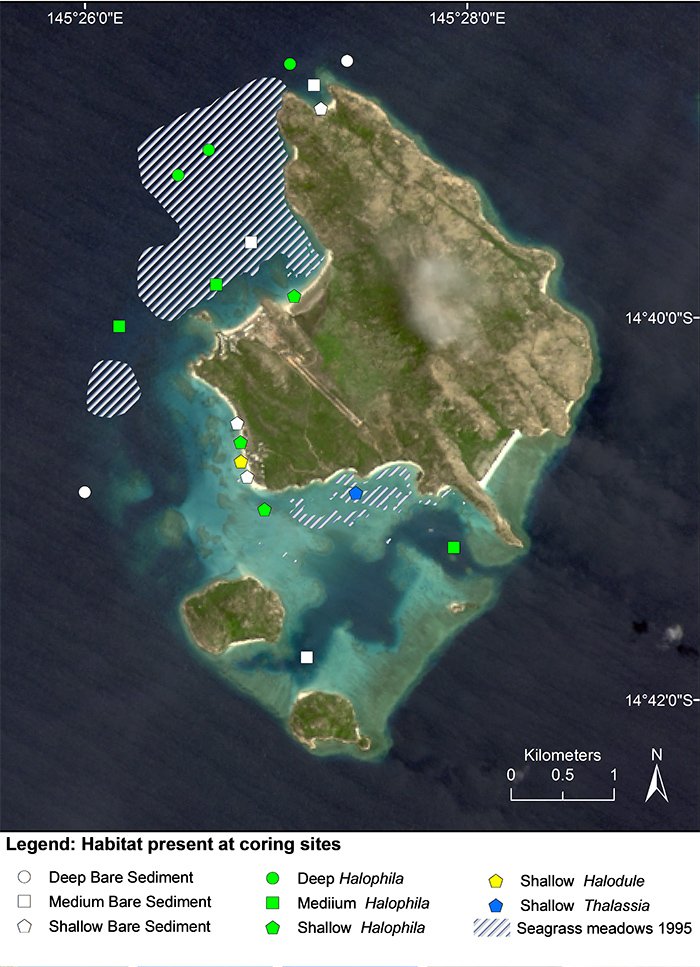 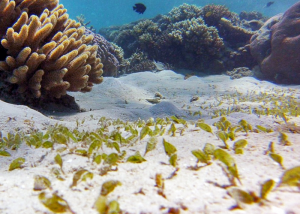 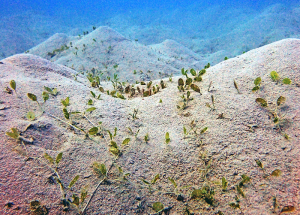 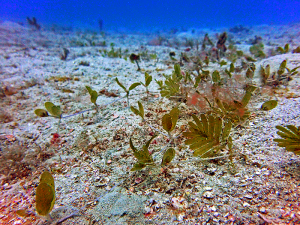 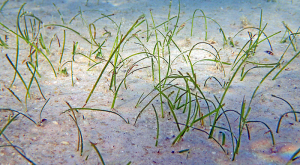 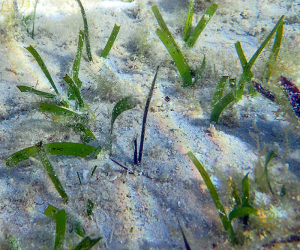 Other research estimates Halophila seagrass meadows in the Great Barrier Reef lagoon occupy a total area of 31,000 km2, roughly the size of Switzerland.  Paul York and his colleagues calculate that if OC stocks throughout this area prove similar to those found at Lizard Island, the total carbon resource stored by deep-water seagrass on the Reef would be approximately 27.4 million tonnes.

They recommend further research to validate their findings to a depth of 1 metre (in their Lizard Island study they surveyed only the top 30 cm of the lagoon floor) and to confirm that deep water OC counts are similar elsewhere in the Reef lagoon.  They also highlight the need for further study of deep-water seagrass on a global scale.