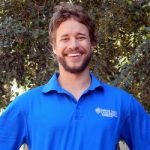 Tory Chase is a PhD student at James Cook University. He is originally from New Hampshire and completed his undergraduate studies in North Carolina. He is currently 8 months into his PhD project, as well as interning at the Australian Museum’s Lizard Island Research Station. Tory had two projects running, one that collects survey data from around the Lizard Island lagoon, as well as a bigger lab experiment.

Tory surveyed more than 20 sites around Lizard Island lagoon and tracked the abundance of damselfish at each. He seeks to answer a few key questions: What is the most common type and what conditions and corals do they like? This was no small task, given Lizard Island is home to over forty damselfish variants! 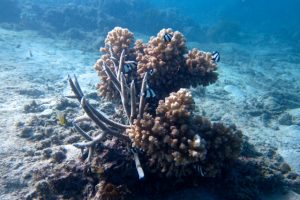 In the lab, Tory worked with the Dascyllus aruanus, or Humbug damselfish. Damselfish can spend their whole lives on one head of coral called Pocillopora damicornis. Because they and their fins are constantly moving around, they provide more water-flow to the coral. Their waste also contains nutrients. Therefore, Tory’s hypothesis is that corals with more damselfish will have higher nutrients and water-flow levels, and will hence be better able to survive and recover from the effects of coral bleaching. 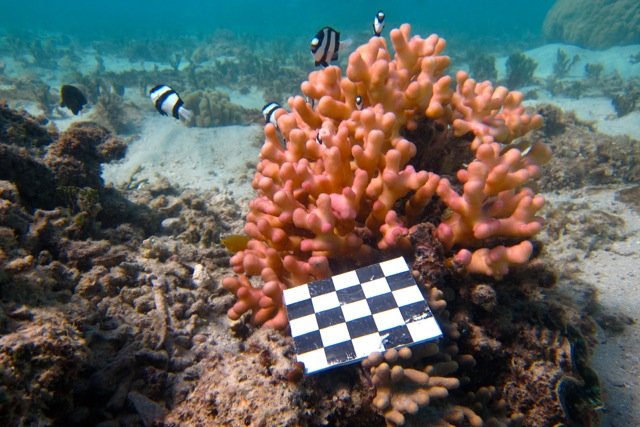 An experiment like this can be a lengthy process, as Tory first had to bleach corals in the same way climate change would. Whereas lagoon water usually sits at around 25 degrees celsius, he had to get it up to around 30-31 and then monitor the bleaching process by looking for discolouration and observing the corals’ photosynthetic rate. Overall, Tory spent about 4 months carrying out field research at LIRS.