The UN Intergovernmental Science Policy Platform on Biodiversity and Ecosystem Services ( IPBES ) is completing its Global Assessment Report on Biodiversity and Ecosystem Services.  Compiled by 145 expert authors from over 50 countries with inputs from another 310 contributors, it is based on a review of around 15,000 scientific and government sources and is expected to exceed 1,500 pages. This 6 May Media Release and 40 page Summary highlight key points.

IPBES estimates around a million animal and plant species are now threatened with extinction; more than ever before in human history.  That includes almost 33% of reef-building corals and more than a third of all marine mammals. It ranks the major drivers of this species loss in the following descending order: (1) changes in land and sea use; (2) direct exploitation of organisms; (3) climate change; (4) population; and (5) invasive alien species. All 5 are associated with human activity. 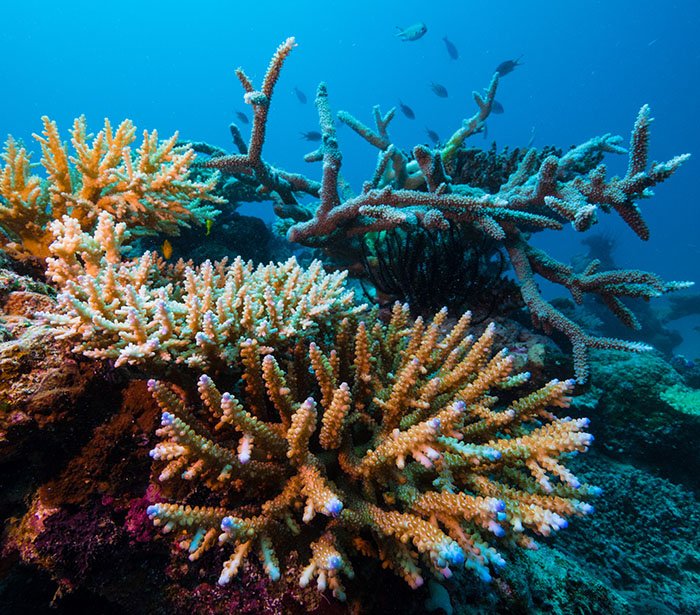 Goals for conservation and sustainability can only be achieved though transformative economic, social, political and technological change on a truly global scale.  In perhaps the greatest understatement of all time, the Summary says “By its very nature, transformative change can expect opposition from those with interests vested in the status quo”  And in perhaps the most optimistic statement of all time, it adds “… but such opposition can be overcome for the broader public good”  (in Key Message D).

However unlikely such transformative global change may be, the concerns raised are real and worthy of deep consideration.  The Summary provides lots of relevant information and ideas.  For example:

A1: Why nature is essential for human existence and good quality of life. This and other sections of the Summary explain why we should value biodiversity and the ecosystem services it delivers.

A3: Although the value of agricultural crop production has tripled since 1970, this has been accompanied by unsustainable land degradation, loss of pollinators and loss of “reserve” breeding stock provided by natural species.  Loss of coral habitats has increased the risks to life and property in coastal flood zones.

D3 suggests eight leverage points for transformative change: The first is envisioning a good life that does not entail ever-increasing consumption.

Extinction means lost forever and is clearly tragic; but it is also very serious when species are “threatened” or “endangered”.   See GBRMPA > Protected Species and Can We Save the Reef?. 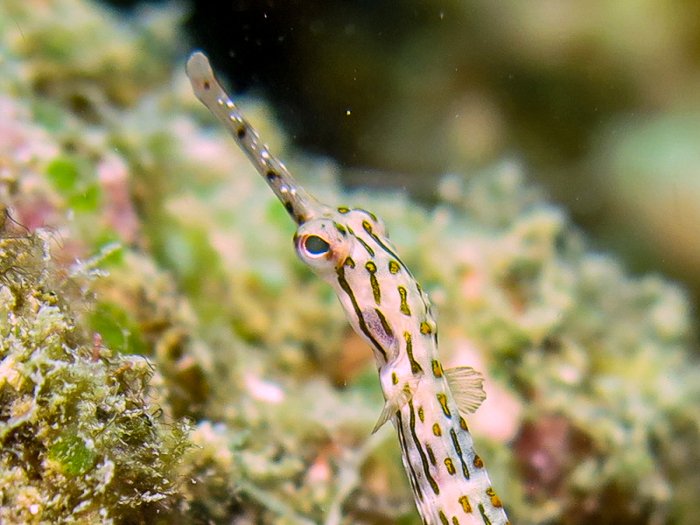 Because the sea has no fences or borders and is less accessible to humans, it is a more challenging place in which to count species populations; this task is usually easier in relation to terrestrial species.

The Australian Museum’s Lizard Island Research Station is a long term contributor to our knowledge of biodiversity and ecosystem services in the northern section of the Great Barrier Reef.   The Lizard Island Field Guide currently lists 2,142 local marine species and 465 local terrestrial species. More records are being added every month.  The Station’s impressive collection of around 2,300 publications based on local field research span its 40-plus years of operation, providing a uniquely rich multi-year database.  They include many survey studies, some extending beyond local reefs and species  – e.g. Coral recruitment dynamics: a unique data set;  Lace corals at Lizard Island;  Deep seagrass, blue carbon & climate change;  Microplastics and other marine microdebris;  Coral growth after bleaching; and Counting survivors.  Such studies are important, providing a scientific basis for past and future comparison.

Field research projects at the Station continue to increase knowledge of Reef biodiversity and the important ecosystem services its myriad species deliver. 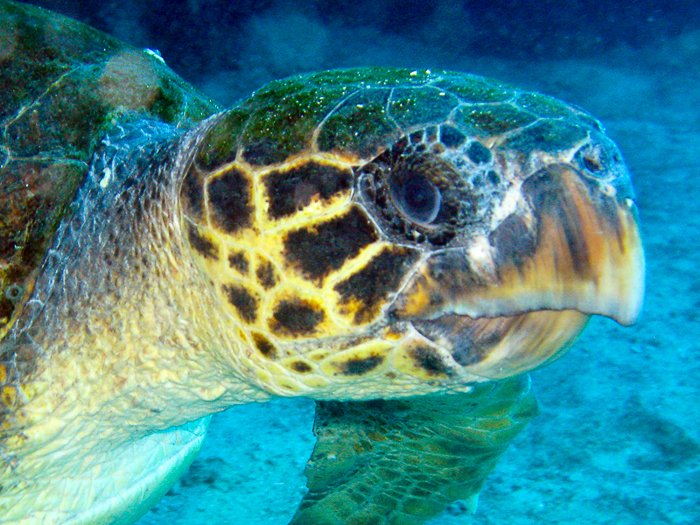 Hawksbill Turtle Eretmochelys imbricata at MacGillivray Reef showing the strong beak. © Anne Hoggett & Stephanie Glover. The only Great Barrier Reef nesting population for which there is sufficient information is at Milman Island, where data indicates since 1990 numbers of nesting females have been declining at about three per cent each year. (GBRMPA) 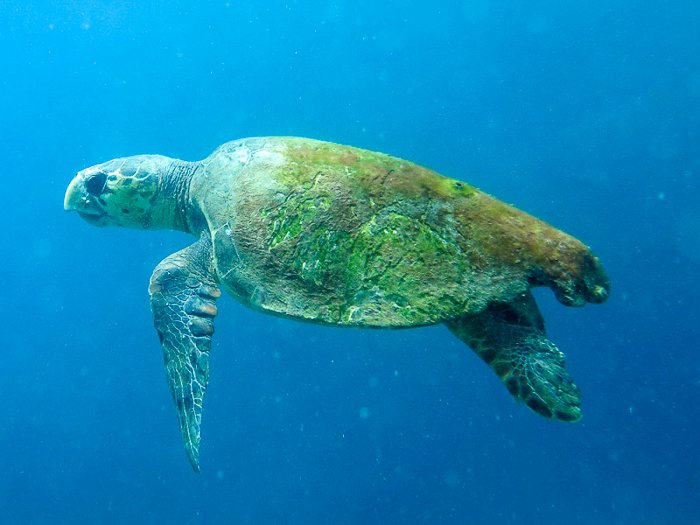 Loggerhead Turtle Caretta caretta at Lizard Island, carapace about 1 metre long. © Anne Hoggett. The  Loggerhead population has declined since the 1970s from about 1000 breeding females. This, combined with the long time before their first breeding (age around 20 years) and low reproductive rate (breeding every two to five years), means the remaining loggerhead population on the Reef is at serious risk of extinction from any increases in mortality.  (GBRMPA) 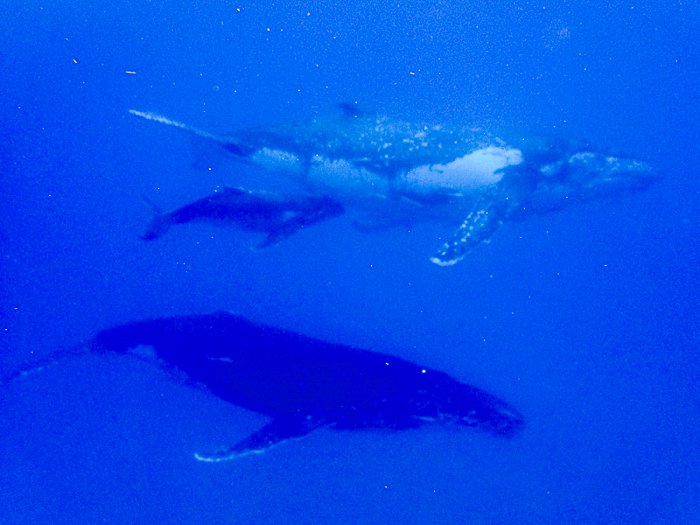 Two adult Humpback whales Megaptera novaeangliae with calf at Lizard Island, 25 August 2016. © Marianne Dwyer. The population of ‘east Australian’ humpback whales was as low as 500 animals when whaling ceased. The population in 2008 was estimated to have been more than 10,000 animals, half of the estimated pre-whaling population size. (GBRMPA).  This is a success story, showing we CAN take action to preserve a threatened species.