You are here: Home / Posts / 2021 Coral bleaching at Lizard Island

More than 20 years ago, it was predicted that coral bleaching would become an annual event globally by 2050 and that it would happen even earlier on the Great Barrier Reef. That prediction shows every sign of being fulfilled.

Corals bleached at Lizard Island in early 2021 for the fourth time in six years (information about the 2020 event is here). These events are due to local weather conditions acting on top of already-elevated sea temperatures caused by global warming. Corals can only tolerate a narrow range of temperatures and they’re adapted to the conditions in which they live. Even half a degree above the ‘normal’ summertime maximum can cause corals to bleach if the temperature stays high for long enough. It doesn’t take much to push it above that limit in summer nowadays. 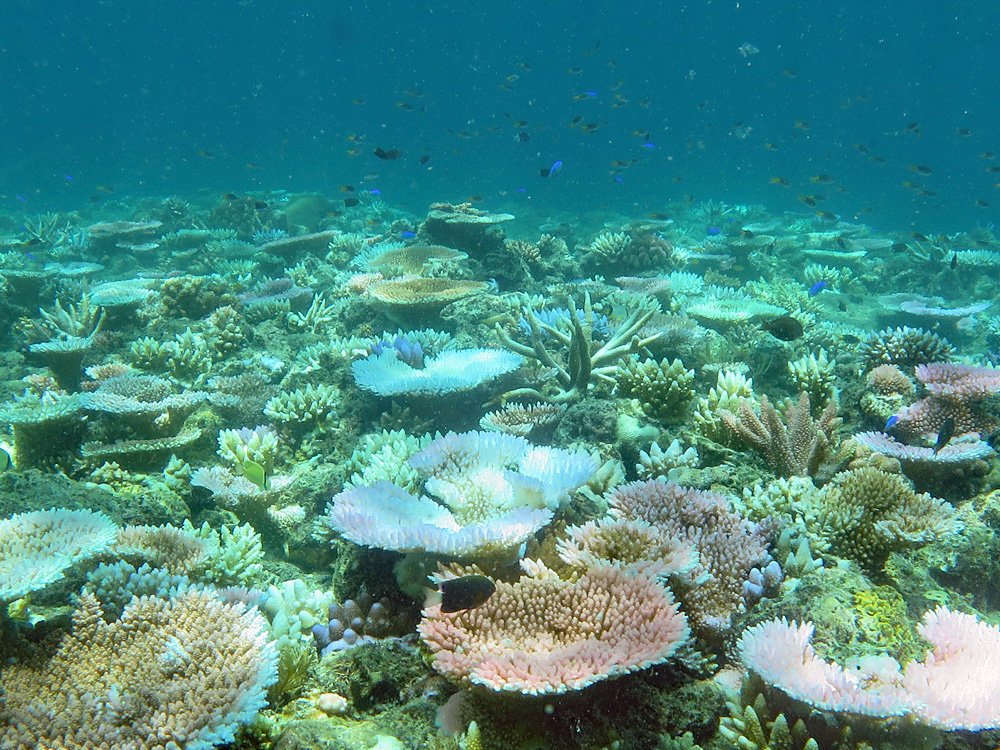 In mid-February 2021, most of these corals are in various stages of bleaching.

Local weather patterns now play a big part in bleaching events. Strong sunlight interacts with temperature to cause bleaching and hot, calm, cloudless days are now dangerous for coral reefs. Lizard Island had exactly that sort of weather throughout December 2020.

The ‘normal’ maximum sea surface temperature in the area is about 29.5oC. The average daily temperature exceeded that level from 21 December to mid-January (see graph) and maximum daily temperatures exceeded it for much longer. Right on cue, corals started to bleach in early January 2021. 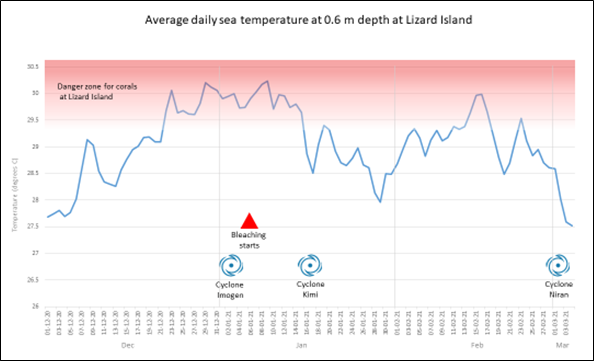 Three cyclones affected the area during that summer. None of them approached Lizard Island closely but their weather patterns strongly affected the course of the bleaching event. Cloudy, rainy and windy weather cooled surface waters and reduced the stress on corals from both temperature and sunlight.

Cyclone Imogen formed just as corals were starting to bleach and it provided some respite from the weeks-long build-up of heat stress. That was quickly followed by a much stronger system, Cyclone Kimi, which brought water temperature below the danger zone for some weeks. Fortuitously, that was right in the middle of summer when continued heat accumulation could have been lethal. Throughout January, corals remained partly or fully bleached but they didn’t progress to more severe bleaching which would certainly have happened without the weather changes. As Cyclone Kimi’s effects dissipated, the temperature began to increase again in late January and reached the danger level by the middle of February. ‘Bad’ weather associated with the monsoon trough cooled the water in mid-February, but temperature began to rise swiftly again as the weather changed to ‘good’. Corals remained bleached but alive. The weather pattern that became Cyclone Niran started long before the cyclone was declared in early March, providing more respite at the end of summer.

Now, in late March, we feel confident that there won’t be much death of corals from this year’s bleaching event. Most of the susceptible ones remain partly or fully bleached but the accumulated stress that they’ve suffered is decreasing and a few are showing signs of recovery. While some corals have died following bleaching over the past few months, it’s a tiny proportion.

So, the reefs around Lizard Island continue to regenerate from terrible destruction in the four summers of 2014 to 2017. It’s terrifying and saddening to think that this regrowth could have been lost through bleaching. But happily, corals have survived this summer and can continue to grow and reproduce – at least until next summer. Every summer now is nerve-wracking for those of us who love coral reefs. It’s only a matter of time before another bleaching event causes mass mortality. 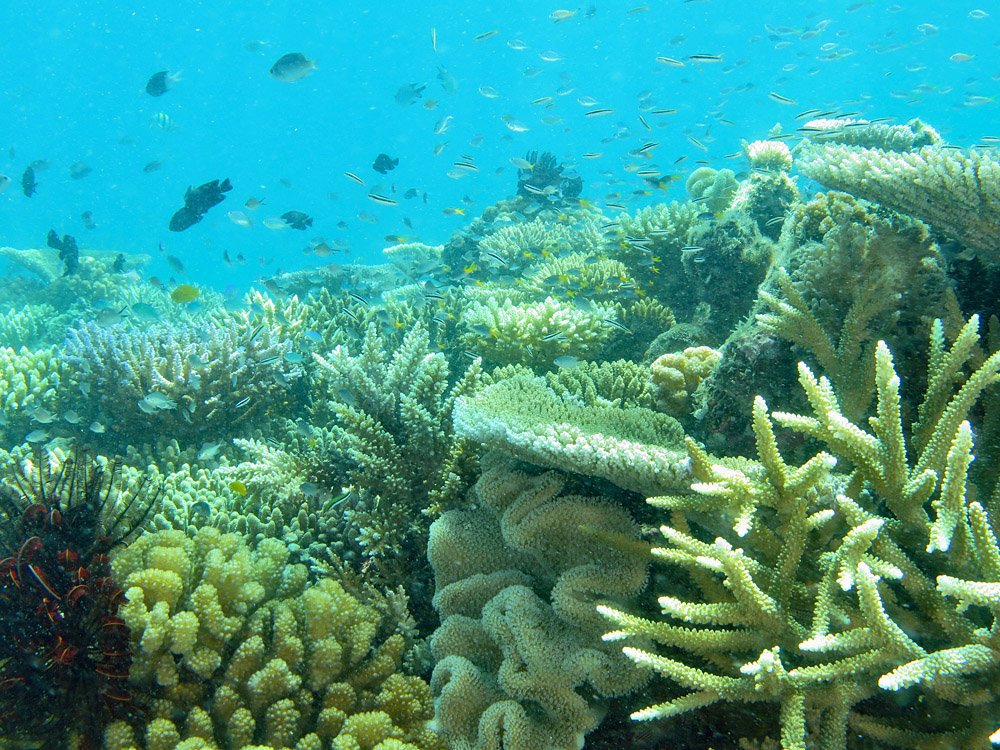