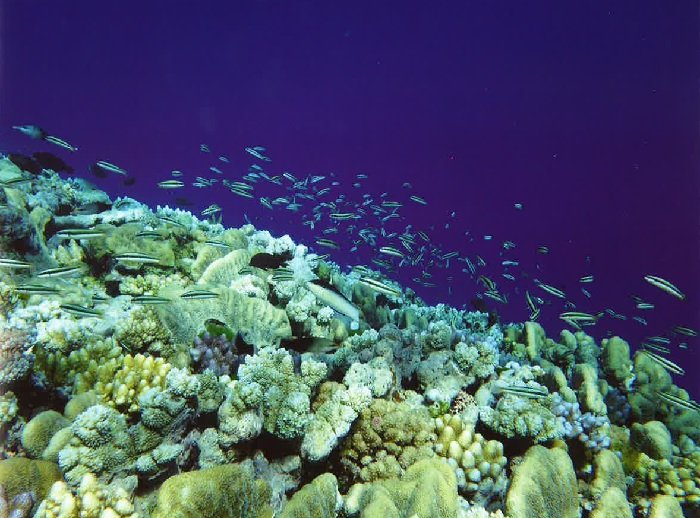 Life and science at the Lizard Island Research Station in 2014.

Every April, the Australian Museum’s Lizard Island Research Station publishes a report on the previous year’s research and scientific publications. Even though 2014 was a year of massive disruption caused by Cyclone Ita, the science continued, with 144 scientists from 39 leading research institutions conducting 127 field research projects at the Station.   A hundred new published papers based on Lizard Island field work were were received in the library, covering a wide range of topics including ocean acidification, habitat degradation and coral bleaching.  See 2014 Report.  (PDF, 1.7MB)

The Crown-of-Thorns Starfish (COTS) is responsible for nearly half the coral loss on reef.  COTS populations boom and bust, rising quickly, damaging greatly, then fading away. Controlling their population is vital.  Researchers from the ARC Centre of Excellence for Coral Reef Studies at JCU, including Professor Morgan Pratchett, Dr Vanessa Messmer, Dr Jacob Johansen and PhD student Ciemen Caballes have been tackling the knowledge gaps.  Their groundwork is being extended by 2015 Research.

The 2014 Report also provides details of LIRRF Fellows and their research.  LIRRF donors have provided over a million dollars in Fellowship funding since the inception of the program.

With insights into daily life at the Station and lots of stunning pictures, the 2014 Report is well worth a download.  There is always more to learn about the Great Barrier Reef!