You are here: Home / Posts / How baby COTS survive

I have been researching mechanisms employed by Crown-Of-Thorns Starfish Acanthaster planci (COTS) during their early life stages to reduce their chances of being eaten by predators, and predation rates during these stages. 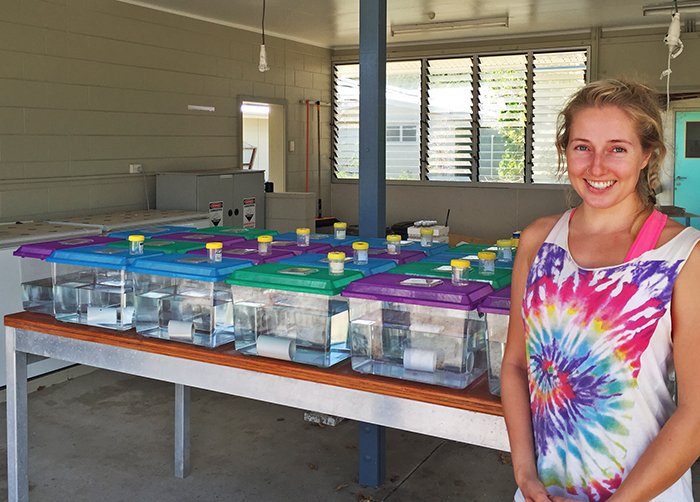 Me, researching COTS at the Lizard Island Research Station in 2015

COTS is one of the most destructive predators associated with coral reefs. Population explosions of this coral-eating seastar are a major cause of coral loss across the Indo-Pacific region.

COTS hatch from tiny eggs and develop through larval and juvenile stages to become the spiny, poisonous adult starfish we are most familiar with.  Initially they run the gauntlet of everything that feeds on plankton. They must then find a suitable place to settle, where they risk being eaten by predators in the reef itself, including the corals. See Life stages of COTS for additional detail.

My video of Dascyllus eating larva  shows a Banded Humbug Damselfish Dascyllus aruanus eating a larval COTS.  At the start I have drawn a white circle around the very tiny COTS. If you look very carefully from there you can see it swimming to the left and slightly down before the fish zooms in to gobble it up.

1. How do baby COTS avoid being eaten by pedators?

The first part of my research focused on the effectiveness of chemical defences in deterring fish predators from feeding on the early life stages of COTS.

COTS eggs were found to have effective defences against most planktivorous fishes, which found them unpalatable, although predation did still occur. The rate of predation varied between fish species.

This information was used to define the community-level consumption capacity of COTS eggs by planktivorous fish.  It showed that while large outbreaking populations of reproductively-mature adult COTS are likely to outweigh local consumption capacity, when adult starfish are rare, planktivorous fishes may be capable of limiting the onset of outbreaks by consuming sufficient eggs.

My research indicates that large populations, large individual sizes and a high diversity of planktivorous fish communities should be considered to provide resilience for coral reefs against devastating collapses caused by COTS. 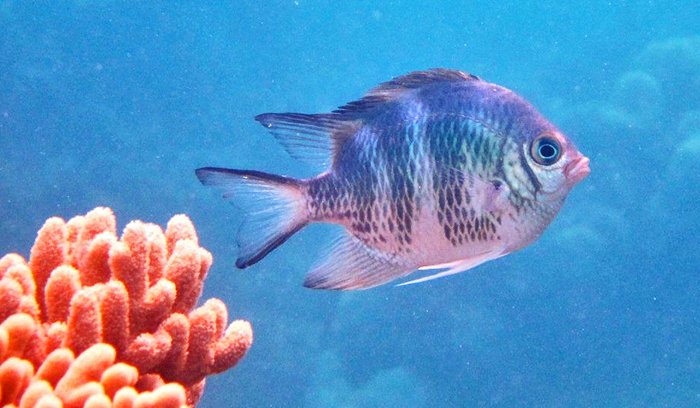 2. Do predators discourage COTS from settling on a substrate?

A wide range of predators are abundant in the reef substrate where COTS are expected to settle. These predators include coral crabs, fireworms and the coral polyps themselves. Larvae could therefore be expected to have evolved mechanisms to avoid settling on or near such predators. The second part of my research focused on the conditions under which COTS larvae will settle, investigating whether COTS are able to detect and avoid predators in the substrate.

Further experiments revealed that while presence of predators did not cause COTS larvae to delay settlement, there was a significant decrease in the numbers of settled larvae recovered when predators were present, indicating high levels of predation upon settling larvae.

These results highlight the important role benthic predators play in reducing the number of settling COTS.  They  provide reefs with resilience against outbreaks of COTS. 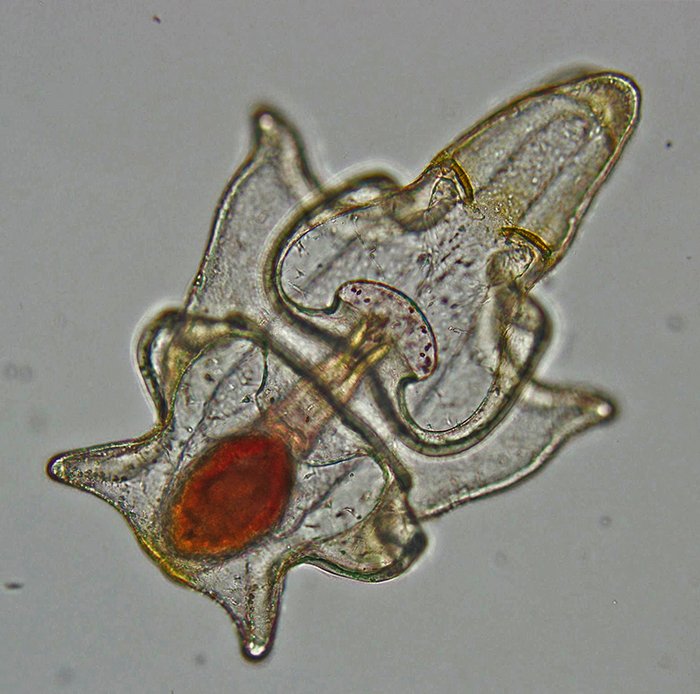 COTS brachiolaria (second larval stage). This is the stage that will settle onto the reef. Image © Zara-Louise Cowan

I am extremely grateful to the Ian Potter Foundation 50th Anniversary Commemorative Grants Scheme for funding these projects and enabling me to carry out research at the Australian Museum’s Lizard Island Research Station.