Outcomes of the Polychaete Workshop eight years on

A 2013 expedition to Lizard Island by a team of worm taxonomists has greatly expanded knowledge of coral reef biodiversity – and reveals how much more there is still to learn.

Polychaetes are marine worms commonly known as Bristle Worms. The 11th International Polychaete Conference took place at the Australian Museum in 2013, bringing together international and Australian experts and students. Sponsored by our Foundation, a selected team travelled to Lizard Island after the conference for a two-week collecting expedition with a commitment to increase scientific knowledge of Great Barrier Reef polychaetes.

The background and intent of the Polychaete Workshop was outlined in a newsflash to Foundation supporters in February 2014. That document also provides many excellent photographs of reef life by the expedition’s photographer. Here, we present the outcomes of the workshop, eight years after the event. 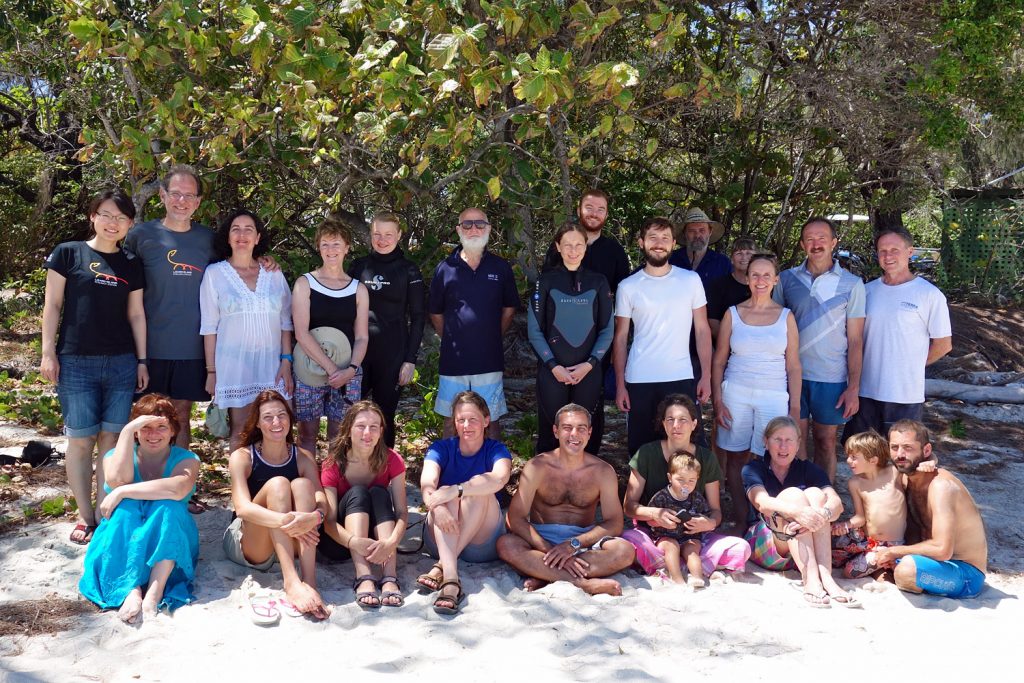 Initial results of the workshop were published in 2015 as a series of papers in a single issue of the peer-reviewed scientific journal Zootaxa. It runs to 801 pages and contains 25 chapters. Twenty-one of the chapters provide detailed taxonomic accounts of separate polychaete families and one covers part of a different branch of the worm family tree – flatworms. Normally such publications are behind a paywall. Part our Foundation’s contribution was to pay for open access publication – the Zootaxa issue can be viewed here. 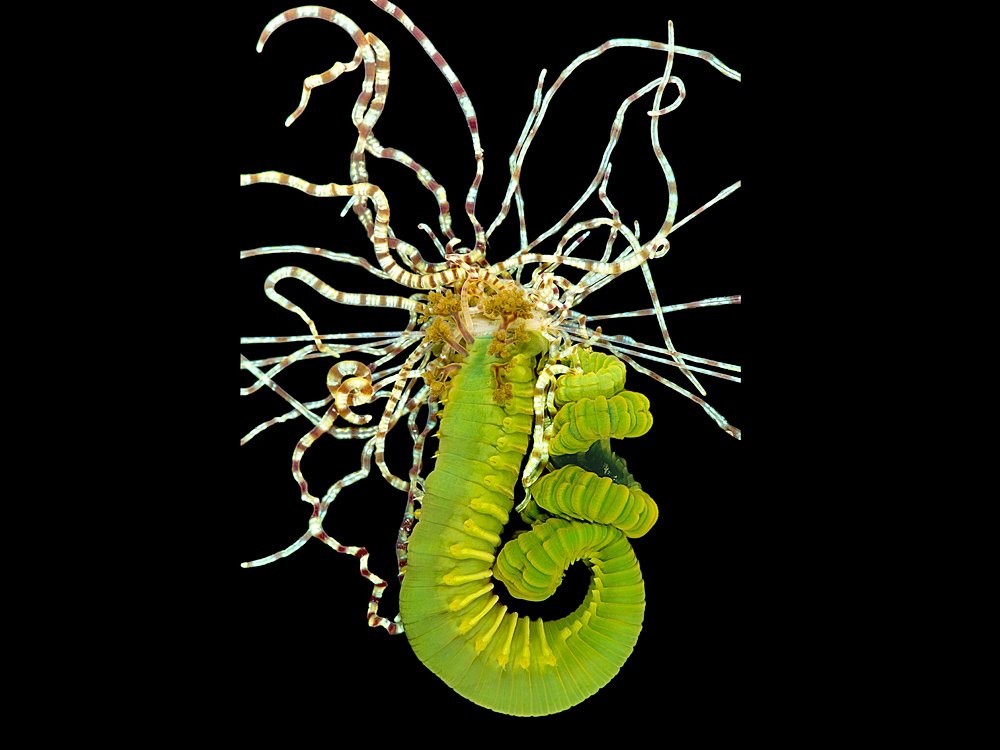 Lanice viridis, a spectacular new polychaete species discovered during the workshop. This is the cover image of the 2015 monograph. Photo: Alexander Semenov.

The scientists did not just study the animals that they collected during the expedition. They scoured the scientific literature and museum collections around the world to find other records of species from the area.

Prior to the 2015 publication, their research found records of about 150 ‘species’ of polychaetes in the Lizard Island area. Not all of those were formally described – some were based on museum specimens that were identified to family or genus but not to species level.

The 2015 publication increased that number to at least 329, more than doubling the known species count. It includes descriptions of 91 species new to science (90 polychaetes and one flatworm) and records of 80 already-named polychaete species that had not been recorded from the Lizard Island area previously. Of the 80, about half had never been recorded from anywhere on the Great Barrier Reef before and some were new to Australia. 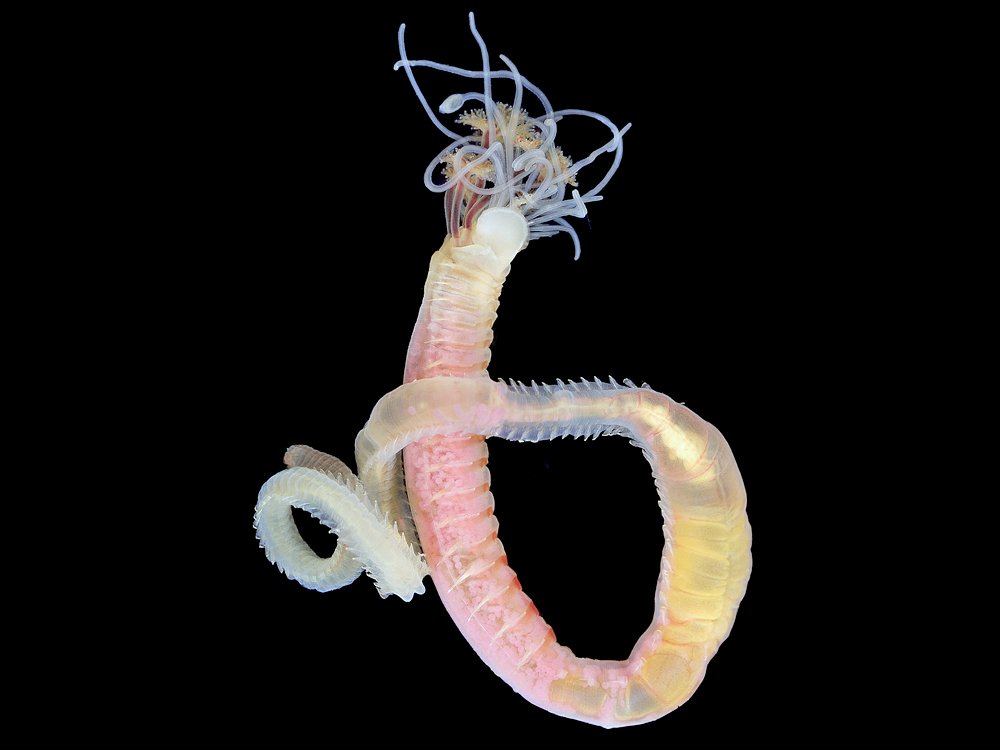 Since 2015, at least 10 additional scientific publications have been produced that refer to specimens collected during the Workshop. Some include descriptions of additional new species and new records for the area while others provide advances in our understanding of polychaete evolution.

Lizard Island Field Guide currently provides photos of 121 local polychaete species, many of them taken during the Workshop. Its background database lists 415 species-level groups that are known from the area, many of which remain undescribed. 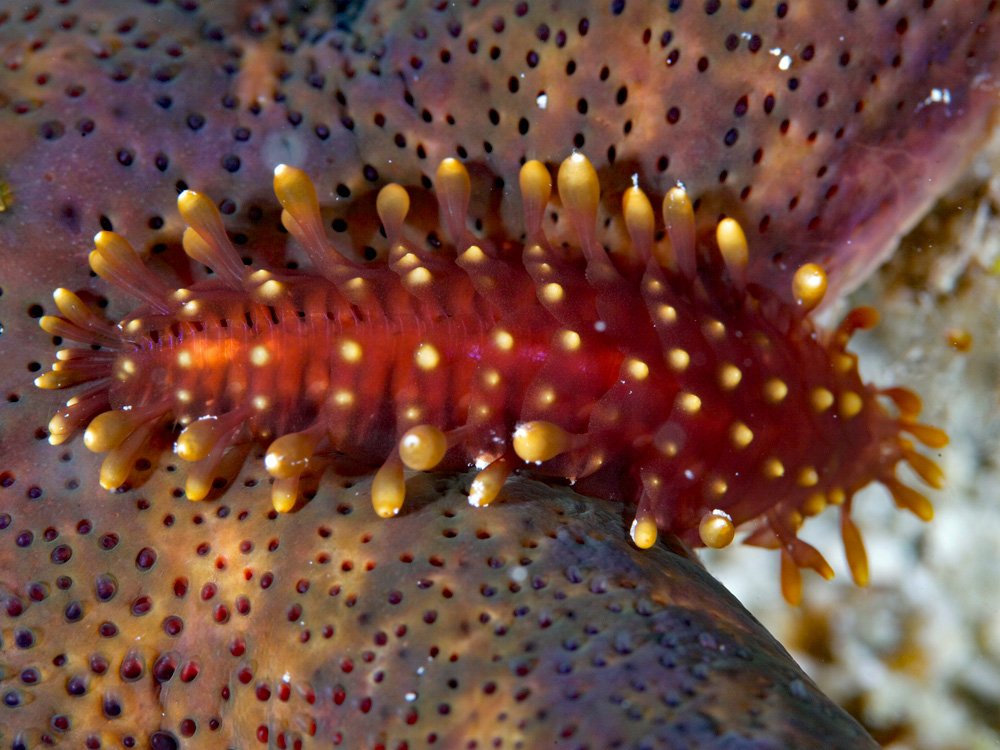 Scaleworms (Family Polynoidae) are polychaetes that often live in association with other animals. This one, photographed during the workshop, is on a starfish and remains unidentified. Photo: Alexander Semenov.

This huge increase in knowledge has resulted from a single two-week trip to Lizard Island by a small group of scientists. The Foundation provided funding for the Australian portion of the field trip and for publication of the monograph but, while significant, it was a small proportion of the actual cost. The scientists worked up their results over years at their home institutions in many different countries, using their own research funds to carry out molecular studies and use specialized equipment such as scanning electron microscopes. They needed and were provided with substantial assistance by collections staff at the Australian Museum and other museums around the world.

Even though Lizard Island is one of the most-studied coral reefs on Earth, the results of this workshop show that our knowledge of its biodiversity still has a long way to go.