Drawing on field work conducted at the Lizard Island Research Station, a large team of ecologists and engineers has developed a relatively simple way to standardize how habitat complexity is measured.

The research, recently published in Nature, Ecology and Evolution, begins with a simple insight: places with lots of nooks and crannies contain lots of living things—that old brick-pile in the backyard has far more critters than the concrete driveway. It is the same in natural habitats, from the abyssal trenches to the tops of mountains, from coral reefs to the tundra. Habitats range from relatively simple, flat surfaces to highly complex three-dimensional structures. The new approach allows us to understand how structural changes to land and seascapes (such as those that occurred during the recent cyclone and bleaching events at Lizard Island) will alter ecosystems. With its intricate organic forms, coral reefs provide a rich environment in which to develop new insights into measurement of habitat complexity. 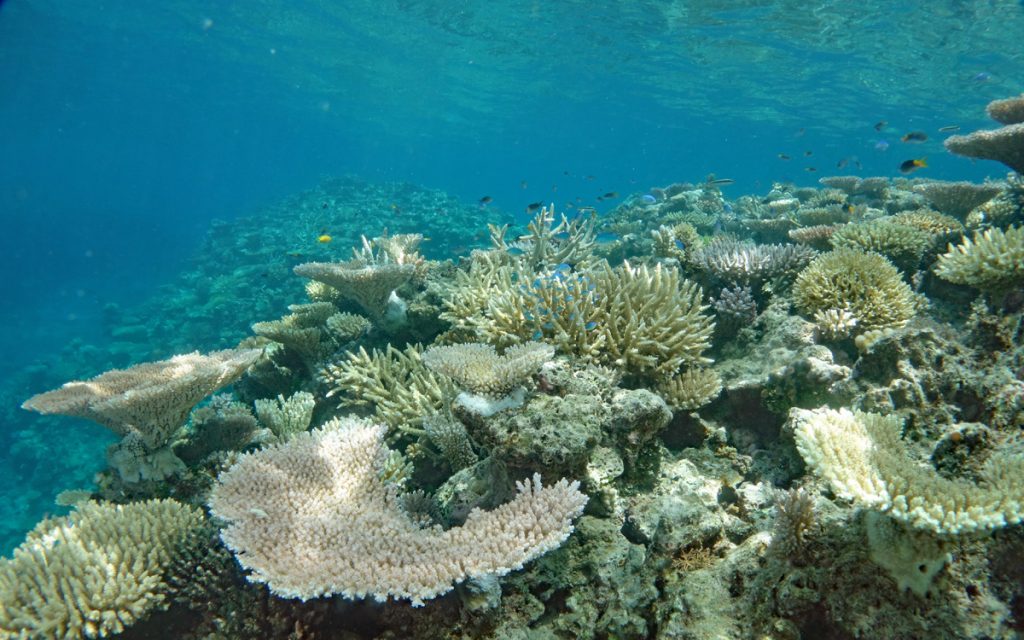 Coral reefs form complex habitat with many nooks and crannies,

The LIRRF is strongly invested in the long-term project behind this research. The lead author, Damaris Torres-Pulliza (University of Hawai’i), was the 2017 Ian Potter Doctoral Fellow and co-author Viviana Brambilla (University of St Andrews) received the same award in the following year. The overall project is led by Dr Maria Dornelas (University of St Andrews) and Dr Joshua Madin (University of Hawai’i). They conducted their own PhD studies at Lizard Island in the early 2000s while at James Cook University. The current project has its roots in that work and it now includes collaborators from the University of Sydney, Macquarie University, James Cook University and other institutions. The long-term data on corals collected by this group is immensely valuable because it covers a period of enormous change, with reefs experiencing increasingly frequent disturbances associated with climate change and other human impacts. The LIRRF is funding this project for the next three years thanks to a generous donation from the Charles Warman Foundation.

The team used a mix of robots and underwater camera gear to measure the three-dimensional structure of coral reef at Lizard Island. They then spent many hours underwater counting every single coral found on the 3D maps and identifying them to  species names. 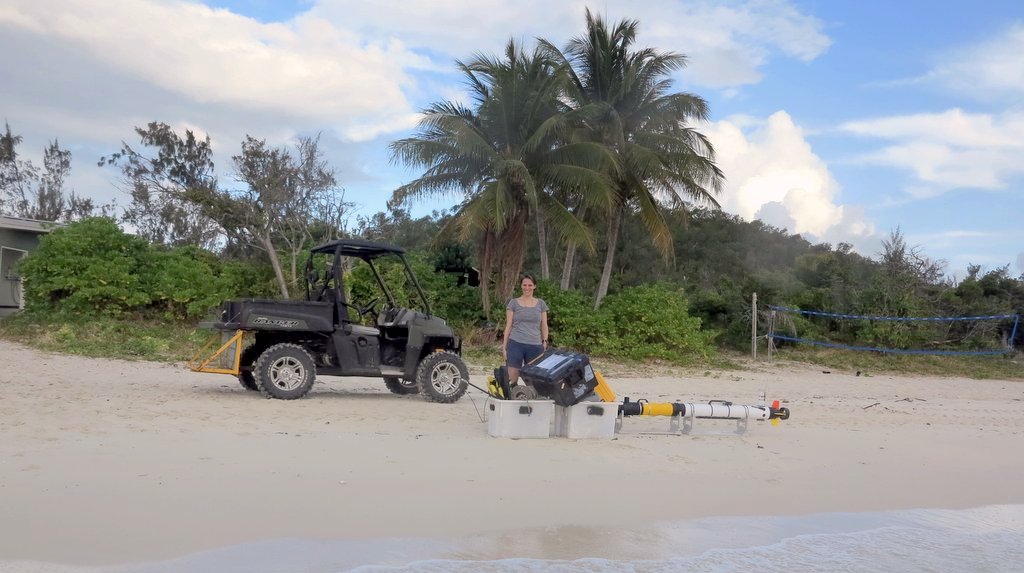 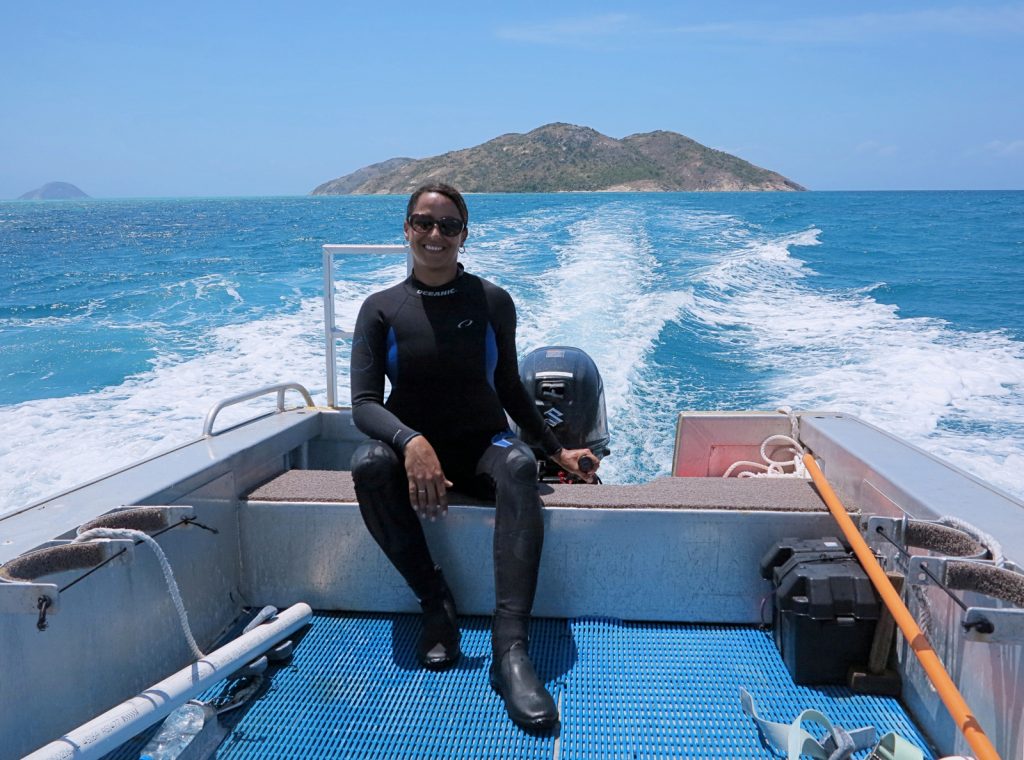 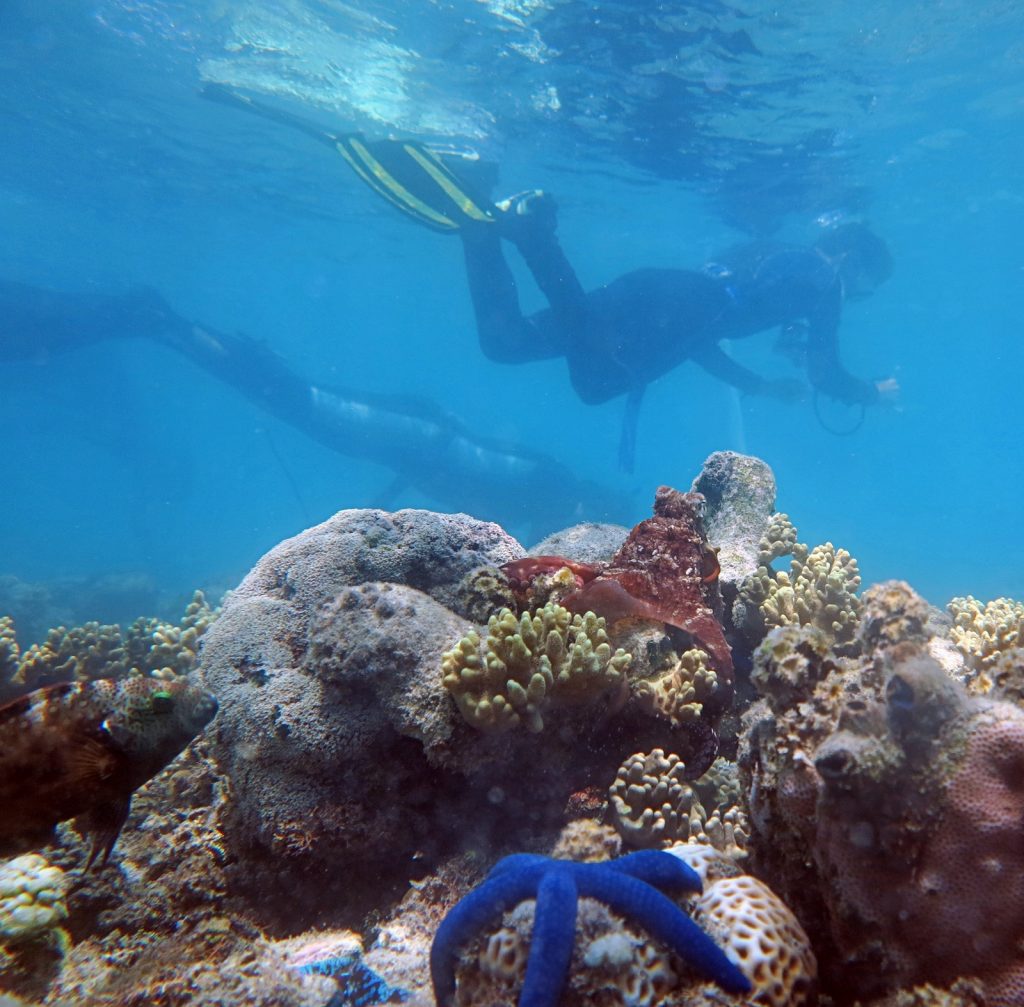 “We counted 10,000 corals of about 130 species,” said Maria. “We found that using the three metrics together dramatically improves our ability to predict the distribution of biodiversity, and this helps us understand how the structure of a place affects who lives there.”

The exhaustive nature of the field-work is made clear in the tracks covered over the course of the 4-year research programme, collecting data for this and various other research projects. 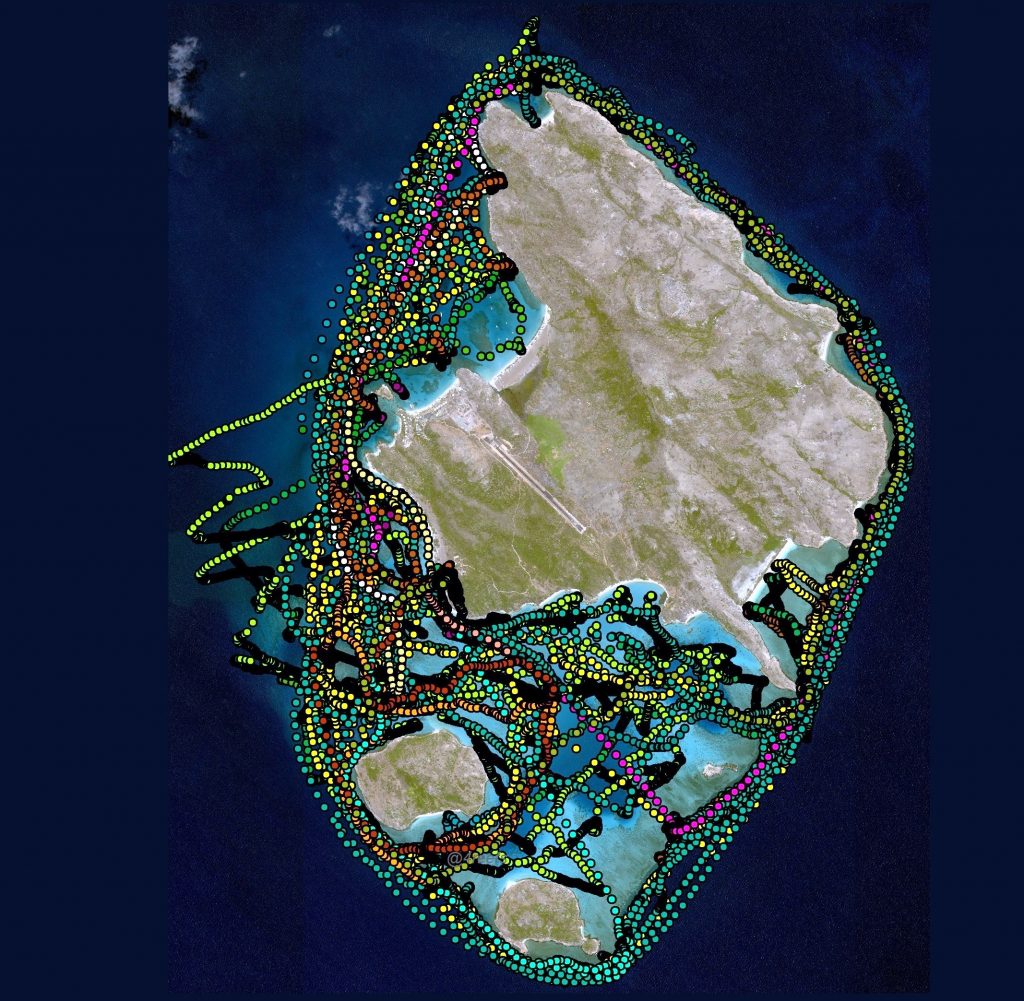 Complex habitats tend to contain more biodiversity, both in terms of more individuals and more species. The relationship between the complexity of habitats and biodiversity they contain is important, because it highlights a relatively simple mechanism by which to manipulate biodiversity. If habitat complexity decreases, one would expect biodiversity to decrease. Indeed, human and natural processes—like marine heat waves, storms and development—are changing the complexity of habitats faster than at any time in history and biodiversity is also changing at an accelerating pace. This relationship sits behind the creation of artificial reefs around Sydney, NSW. It is also behind the creation of detailed seawall structures to facilitate oyster settlement in Sydney Harbour.

“Scientists have come up with a range of ways to measure habitat complexity,” said Damaris. “But they vary tremendously, especially across different ecosystems. They tend to only capture part of the complexity picture, which makes these studies difficult to compare.”

“We found that you need to know exactly three things about a habitat: rugosity, fractal dimension and height range,” explained Josh. “If you think of your backyard brick-pile, rugosity tells you the amount surface area there is for critters to live on, fractal dimension tells how many critters of different sizes can fit in among the bricks, and height range sets an upper limit to critter size. You won’t find an elephant in your bricks, right?”

The extraordinary part of the work is that you only need to know two of the three measurements to be able to characterize the structure of a habitat. This means ecologists can pick the two aspects of complexity that are easiest to measure and will automatically know the third. This theoretical breakthrough also means that scientists can back-calculate a richer picture of habitat complexity from past studies and compare habitat complexity among different ecosystems. The findings also highlight that focusing on a single metric can lead to misleading results.

The intuition for this “2 out of 3 ain’t bad” finding is shown below (Figure 1 in the article published in Nature, Ecology and Evolution).

Increasing fractal dimension (that is, space filling) while keeping surface rugosity constant results in a decline in a surface’s mean height range. The lengths of the lines in a–c are the same and occur over the same planar extent (black points). However, line ‘a’ fills less of its two-dimensional space (black rectangle) than does line ‘c’ and therefore has a lower fractal dimension.

Though the work is new and currently only applied to coral reefs, the researchers hope that their new theory might become the backbone of research into the relationships between habitat complexity and biodiversity in all kinds of habitats and ecosystems, underwater and on land. Given the extraordinary changes occurring in the natural world, determining how biodiversity, conservation status and recovery rates relate to habitat complexity is paramount. 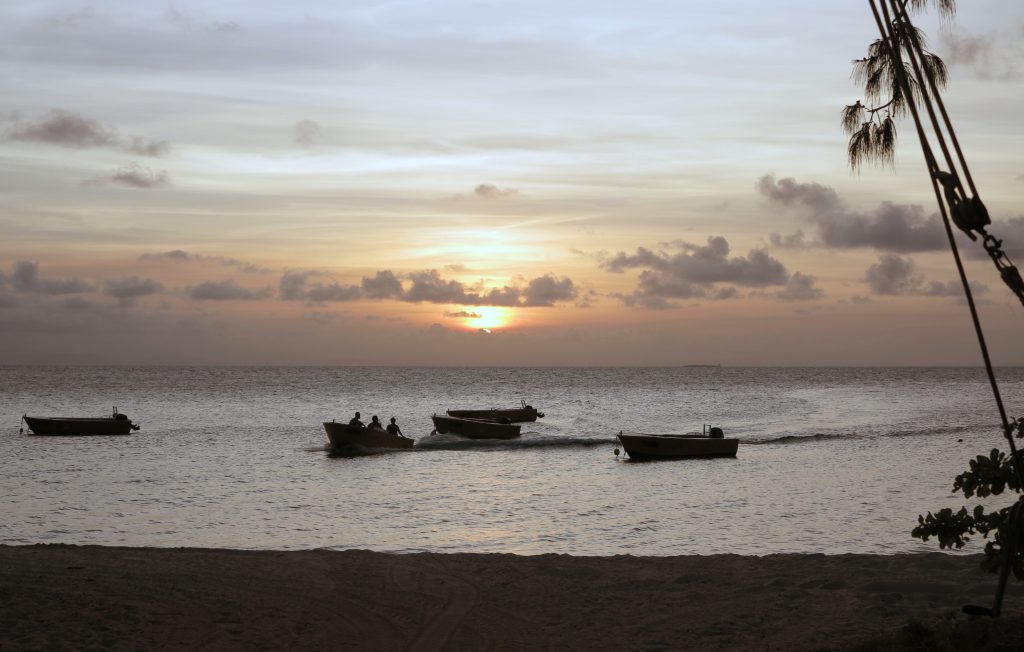 Based on the press release that accompanied the article in Nature