Do you recognise this fish? If so, tell Dr Anne Hoggett, director at the Lizard Island Research Station. Anne knows it is a species of damselfish.  But which one? 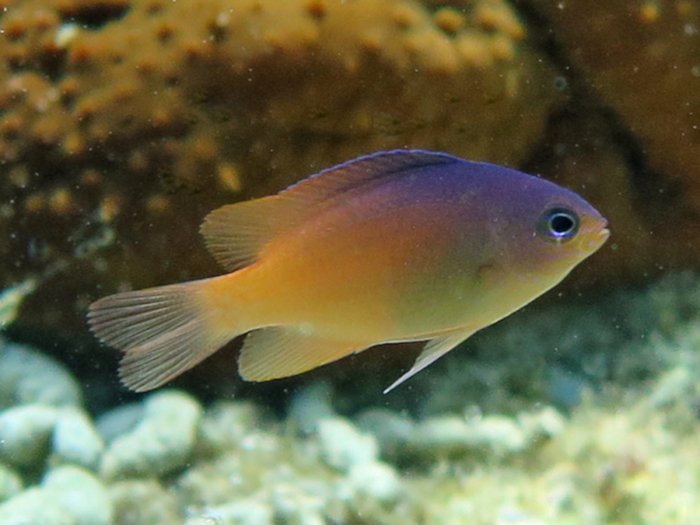 Anne is a director of the Lizard Island Research Station. She took this photo in November 2016 while exploring the more exposed eastern side of the island. Other fish like this are seen regularly on exposed reefs in the area but their precise taxonomy is still unclear. See In praise of taxonomy for such clarity is fundamental to natural science.

Anne always appreciates receiving quality photos of local plants and animals. They help her improve the Lizard Island Field Guide and are especially useful when they are able to be identified at the species level. For this particular fish photo, that continues to be a challenge.

If Anne and her fellow scientists at the Australian Museum are unable to identify a fish photo, they can now refer it to the Australasian fish identification project at iNaturalist. This was set up by Mark McGrouther, a Senior Fellow of the Ichthyology Collection at the Museum, for exactly this purpose: identifying photos of fish. It is a collaborative effort, with extensive contributions from fish experts around the world. It recently reached the significant milestone of having over 50,000 records.

While Anne is confident her fish is a member of the Chrysiptera genus of damselfishes, nobody has yet been able to conclusively establish its species identification.

Chrysiptera caesifrons has been suggested as a possible match, but as as you can see from these locally sourced Field Guide photographs, its colouring is not the same at Lizard Island. Also its formal description is quite different. 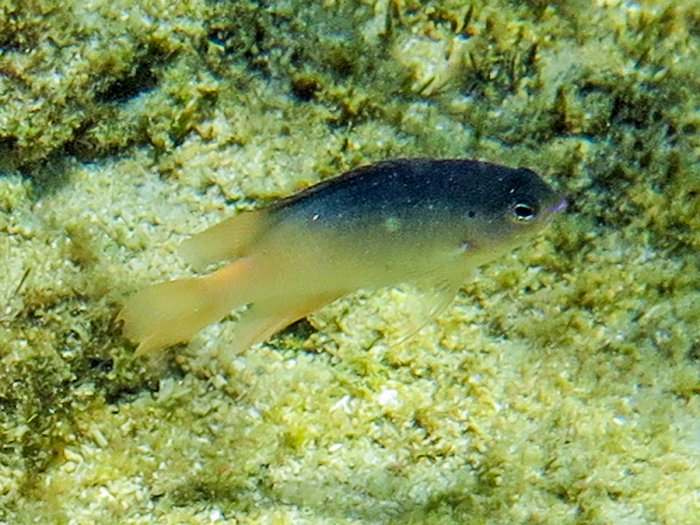 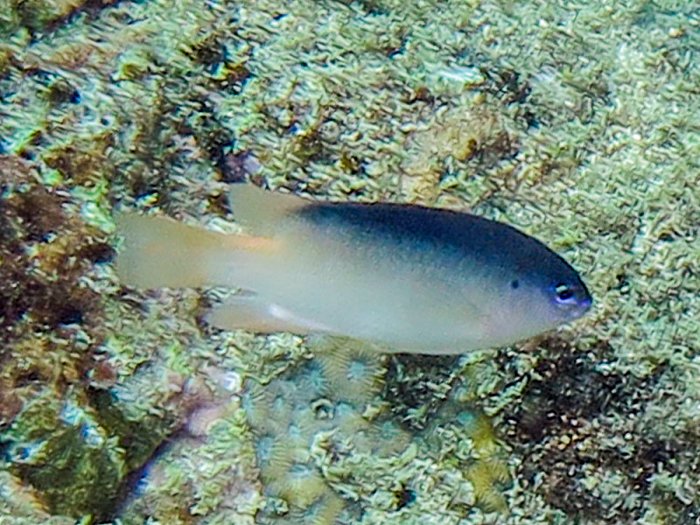 This leaves the exciting possibility that Anne’s mystery damselfish is yet to be described by science. There are only 11 such new or newly-described fish among the 50,000+ records in the iNaturalist Australasian Fishes Project.

To determine whether or not this is a new species, “type”specimens will need to be collected and examined by a fish taxonomist. It will require a permit to collect the fish and funding for the research. Until that happens, this pretty little damselfish will remain nameless.