Learning from the cleaners and their clients

On coral reefs, tiny cleaner fish and shrimps remove parasites from large fish “clients”. The cleaners obtain nourishment by eating the parasites.  Although some clients are fearsome predators, the cleaners are rarely prey.

Scientific studies of this remarkable relationship provide insight into behaviour for mutual benefits, how it could be employed in aquaculture, and how animals learn, cooperate and trust. It also illustrates the amazing efficiency of reef ecosystems, where almost all organic matter alive or dead is food for one or more species.

Four important scientific papers on species that provide cleaning services have recently been added to the library collection at the Lizard Island Research Station. All were based at least in part on local field work.

David Vaughan, Alexandra Grutter and Kate Hutson tested 4 species of cleaner shrimps (Lysmata amboinensis, Lysmata vittata,  Stenopus hispidus, and Urocaridella antonbruunii ) for their ability to reduce harmful parasites on a farmed grouper. They found Lysmata vittata to be the most effective, reducing parasites by up to 98%. Employment of cleaner species could reduce use of chemical controls in aquaculture, resulting in a healthier product for human consumption.  Shrimps may prove to be superior to cleaner fish for this job because (a) unlike cleaner fish, the shrimps also prey on parasites in their free-living stage before they attach to farmed-fish hosts; (b) shrimps are easier to breed in captivity, and (c) they are not themselves susceptible to the parasites. For full detail, see Cleaner shrimp are a sustainable option to treat parasitic disease in farmed fish.

The other three papers report studies of the bluestreak cleaner wrasse Labroides dimidiatus. 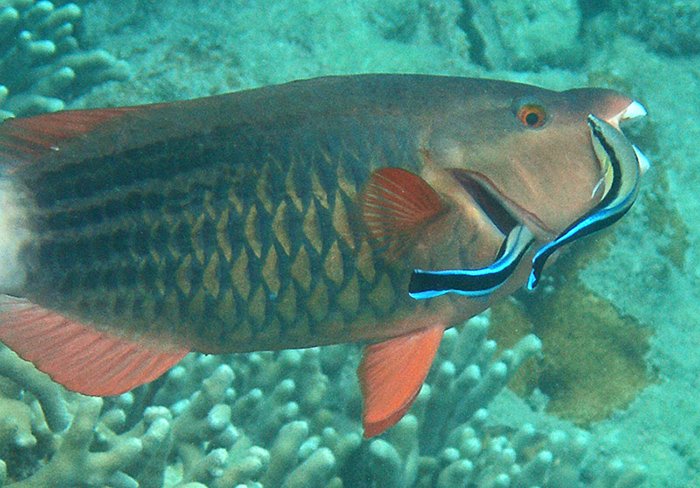 Ability to process numerical information has been a key to human technological development. Studies of fish and other animals show they too can discriminate quantities based on numerical information only (i.e. not by reference to factors such as surface area, density or distribution).  Humans have an abstract ordering skill called mental number line (MNL). It is the ability to mentally arrange quantities in increasing order of size without reference to language or numerical symbols. Another recent paper showed that at least one animal (a young domestic chicken Gallus gallus) also has an MNL. Zegni Triki and Redouan Bishary conducted an experiment at Lizard Island similar to that used with the chicken to determine whether cleaner wrasse do too.  See Cleaner fish Labroides dimitiatus discriminate numbers but fail a mental number line test.

Sandra Binning and her colleagues tested how client cognition is affected by ectoparasites (ones that live on the outside of the host – endoparasites live inside ) and whether these effects are mitigated by cleaner wrasse. In a visual discrimination test, Ambon damselfish Pomacentrus amboinensis collected from reef patches without cleaner wrasse performed worse than those from patches with cleaners. Endoparasite abundance negatively influenced success in this test. Visual discrimination performance was also impaired in damselfish experimentally infected with ectoparasites. See Cleaner wrasse indirectly affect the cognitive performance of a damselfish through ectoparasite removal. 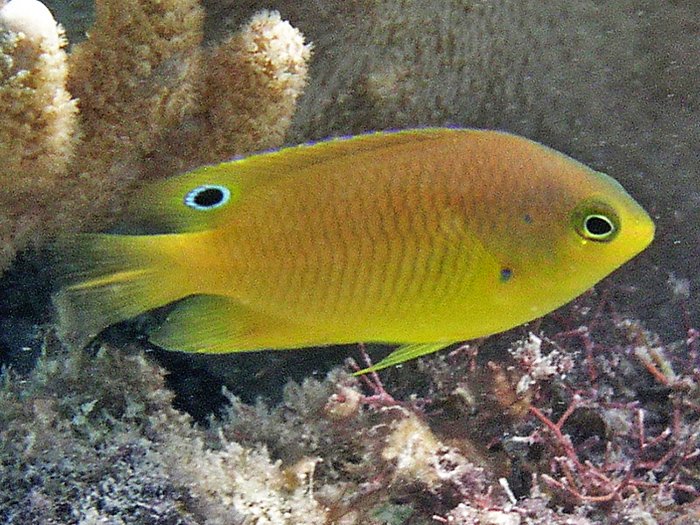 A paper by Simon Gingins and his colleagues provides a timely reminder that results of experiments to test the cognitive abilities of non-human animals can vary with only slight modifications in the experimental procedure and apparatus. It counsels researchers to exercise caution when designing such experiments so as to take this into account. See The performance of cleaner wrasse in a reversal learning task varies across experimental paradigms.