Larval cloning of the Crown of Thorns Starfish

Recently-published research shows larval Crown of Thorns Starfish (CoTS) clone themselves.  A larval CoTS can split, resulting in TWO larval CoTS, each having the capacity to become a fully fertile adult.  It takes less than a second. One moment there is a single larval CoTS, then suddenly there are two.   See Allen at al (2019)* (PDF) 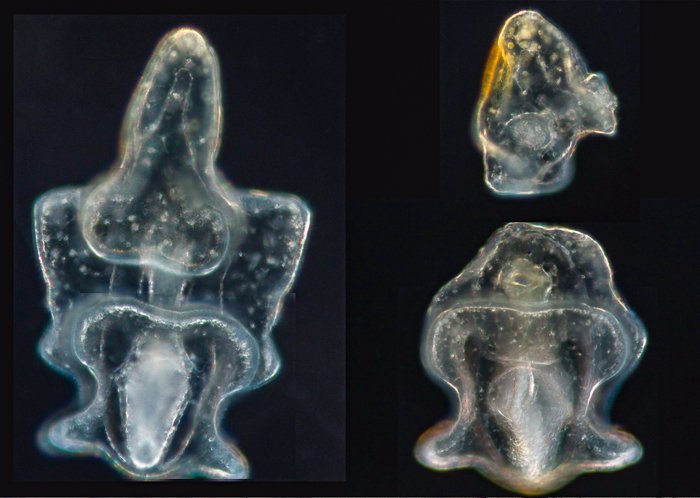 Before and after.  On the left, a larval CoTS before cloning.  On the right, the two parts immediately after the cloning split.  In about 10 days they will each look like the one on the left. © Jon Allen

This discovery advances knowledge of CoTS in several important ways:

Larval cloning is well known in relation to some other species, including coral.  But because CoTS produce eggs in astronomical numbers (a single large female can produce over 100 million eggs in a breeding season), scientists had not thought to check whether multiplication also occurs at the larval stage. Now they know it does, and that it amplifies CoTS already-amazing capacity to rapidly over-populate to plague numbers.

Cells in a CoTS egg begin dividing upon fertilisation. Their first larval stage begins around day two. Larvae grow hair-like cilia to propel themselves, but they are initially  incapable of swimming against a current. Most are dispersed as zooplankton. See CoTS life stages.

On the Great Barrier Reef, the prevailing sea current runs south. CoTS outbreaks usually start in the northern sector – including in the general vicinity of Lizard Island.  Dispersal distance was thought to be largely determined by how long larval CoTS are able to survive while still retaining the capacity to settle, and how far the current can carry them in that period.  The consensus estimate was around 30 to 50 days and tens or hundreds of kilometres.  See Pratchett et al (2017) at 2.5.  Logically, the discovery of cloning should increase this estimate, but further research is required to confirm it does, and if so by how much.

Do the two larvae resulting from a cloning event each have the capacity to clone again?   If they did, an egg released in the northern sector of the Reef could conceivably result in a chain of larval clones, some of which could end up settling thousands of kilometres south. Again, further research is required to answer this question.

The effect of agricultural run-off

The water of the GBR is naturally low in nutrients (oligotrophic), especially in the northern sector where Lizard Island is located. It can become enriched (eutrophic) by phytoplankton (tiny photosynthetic plant-like organisms).  Phytoplankton “bloom” (i.e. multiply) when exposed to run-off events (e.g. floods) from the rivers and streams that run through intensive agricultural areas on the coast adjacent to central and southern sectors of the Reef.

Some scientists have hypothesized a causal link between agricultural run off and over-population of CoTS.  Others have expressed reservations, in part because population outbreaks usually begin in the northern sector where local rivers are relatively free of fertiliser chemicals.

Jon Allen and his colleagues established that there IS a correlation between cloning and higher nutrition.  Although CoTS in their study were able to clone in both low and rich nutrient situations, the frequency of larval cloning was found to increase with levels of food – from 4.3% in low oligotrophic conditions to 7.9% in rich food conditions.

The research team observed various modes of cloning.  The most frequent involved an unequal splitting of the larva into 2 parts – a smaller anterior part containing the oral hood, and a larger posterior portion containing the mouth, esophagus and stomach.  Less frequently they observed other modes, including a bisection of the body into 2 roughly equivalent halves.  In all cases, within around 10 days from the split the 2 separate parts had grown the organs they lacked and were each complete. Fascinating biology!

Often in science, a major discovery answers one question but raises others. Further research on larval CoTS cloning is required to 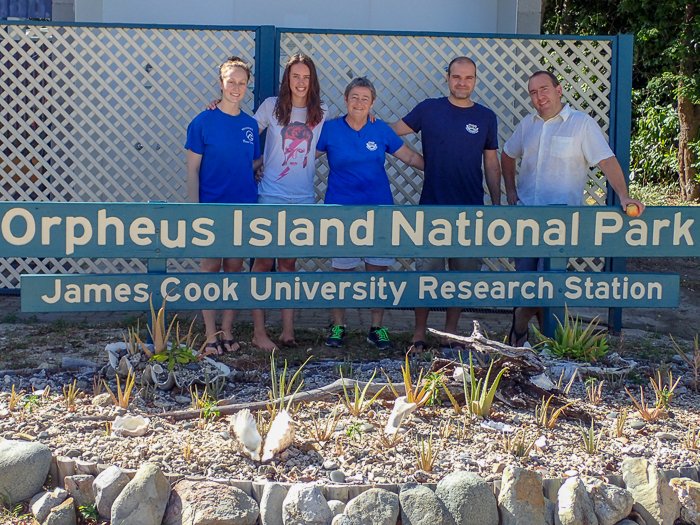 *NOTE: The contributions of Maria Byrne and Jonathan Allen to this research and publication were funded by a Commemorative Grant from The Ian Potter Foundation, arranged through LIRRF and the Australian Museum’s Lizard Island Research Station. The field research was based at JCU’s Orpheus Island Research Station (between Cairns & Townsville).  CoTS are now rare around Lizard Island – the plague has moved south! 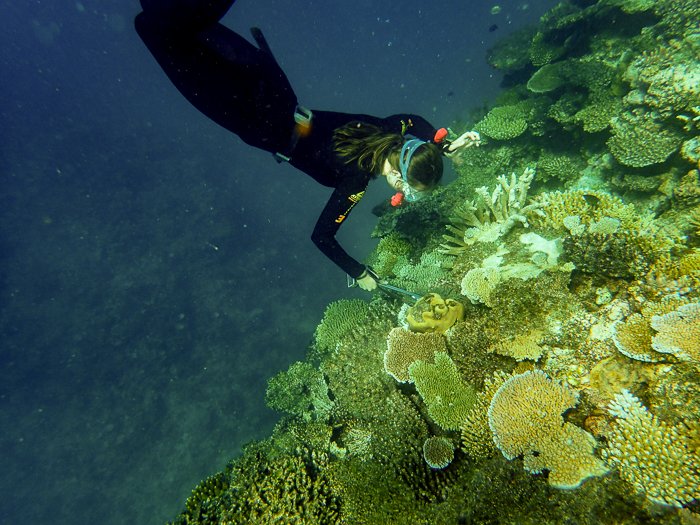 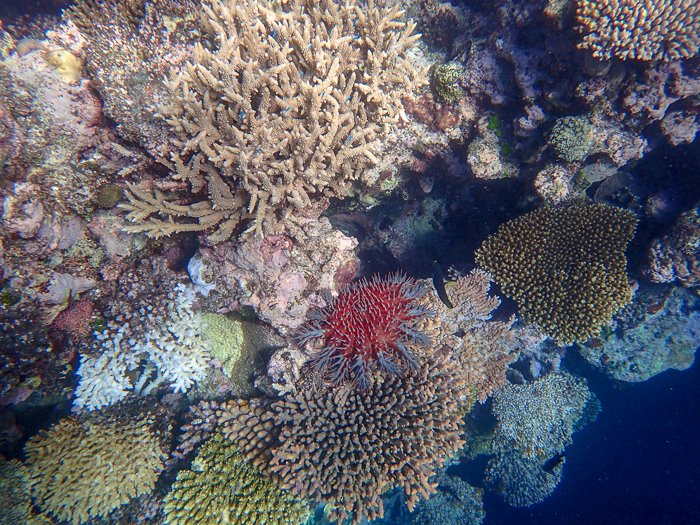 There is one right there!  © Jon Allen 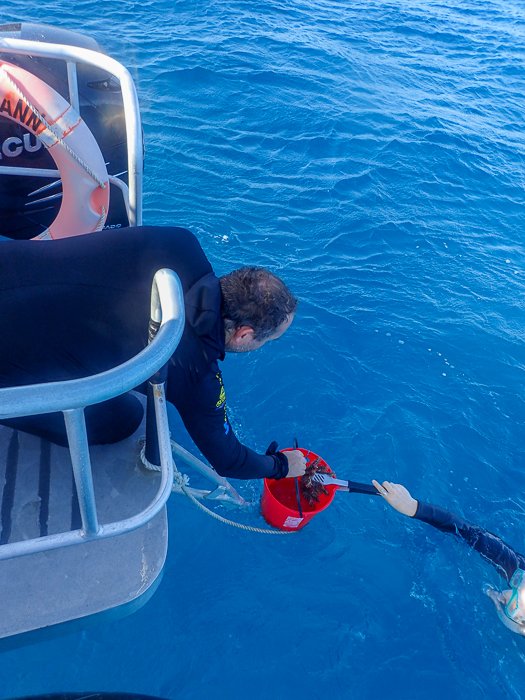 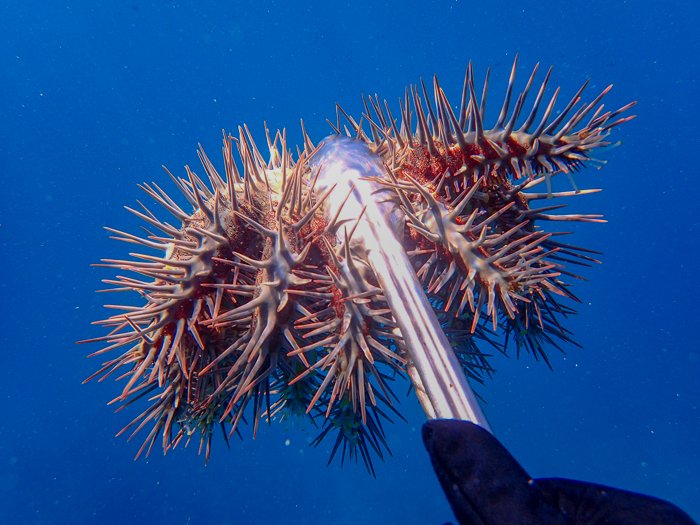 2. Determine the sex of each animal by visual inspection 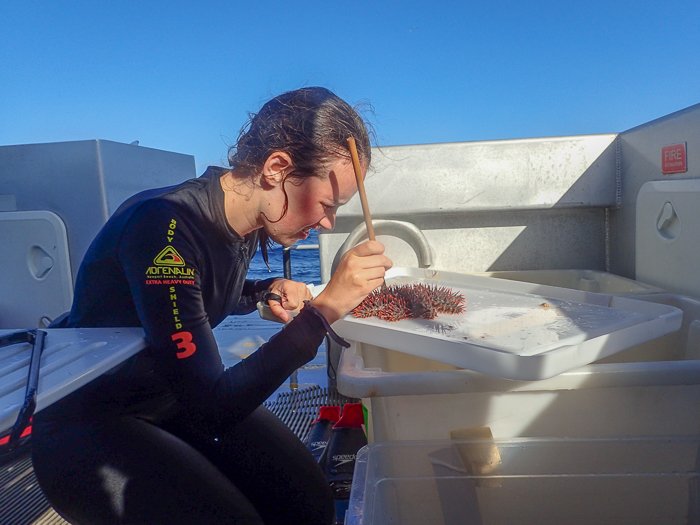 3  Return to the Research Station and place the CoTS into flow-through ambient seawater tanks with coarse filtration. 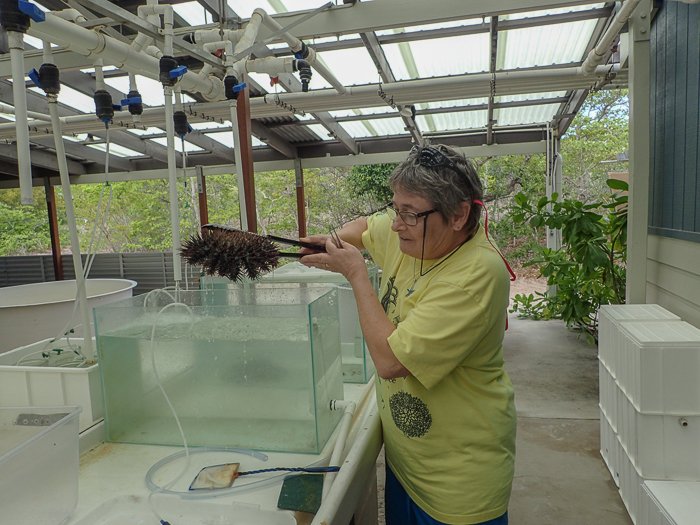 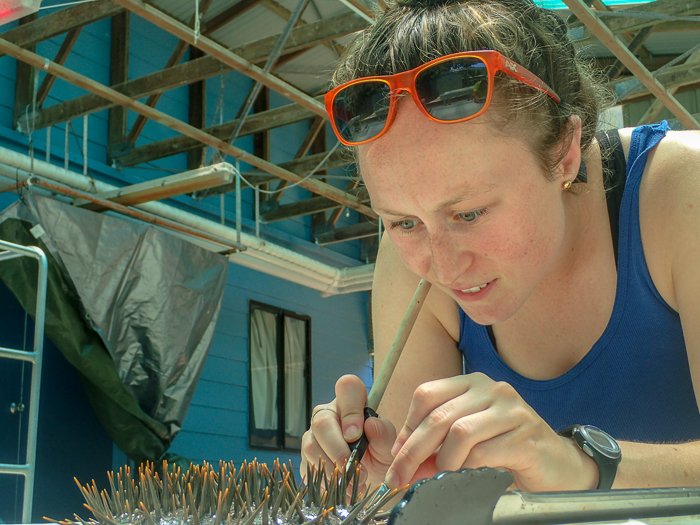 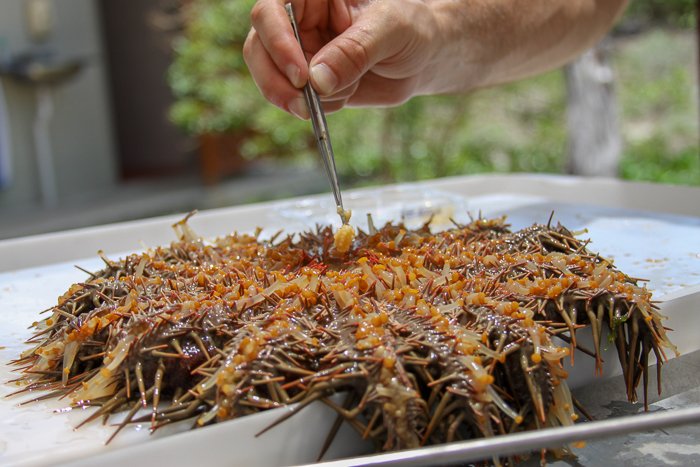 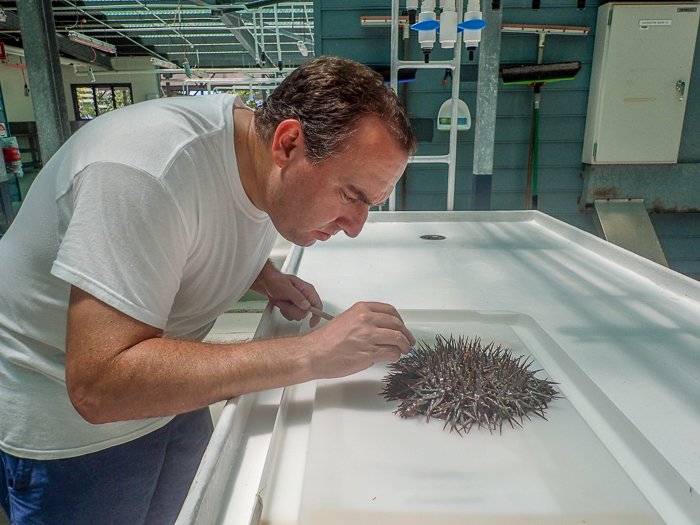 4. Induce maturation of the eggs, add sperm, place in beakers and culture larvae 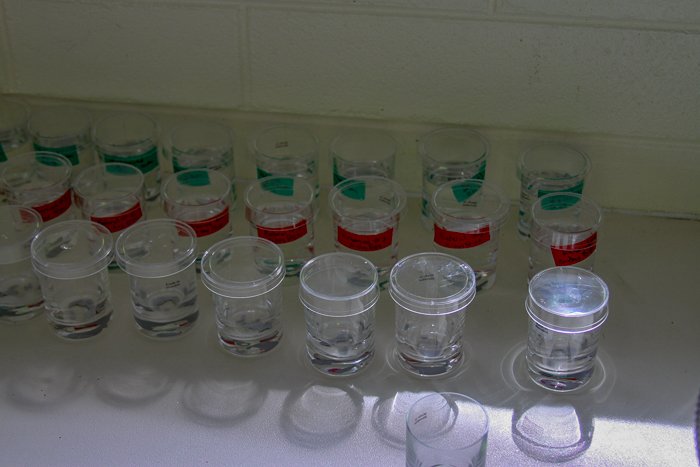 5. Watch for cloning with the aid of a stereo microscope