How many coral species exist at Lizard Island?

That apparently simple question is not so easy to answer. Not only are corals notoriously difficult to identify to species, the mixture of species within a local community can change over time, rare species are easily overlooked, and even the concept of a species can be slippery. 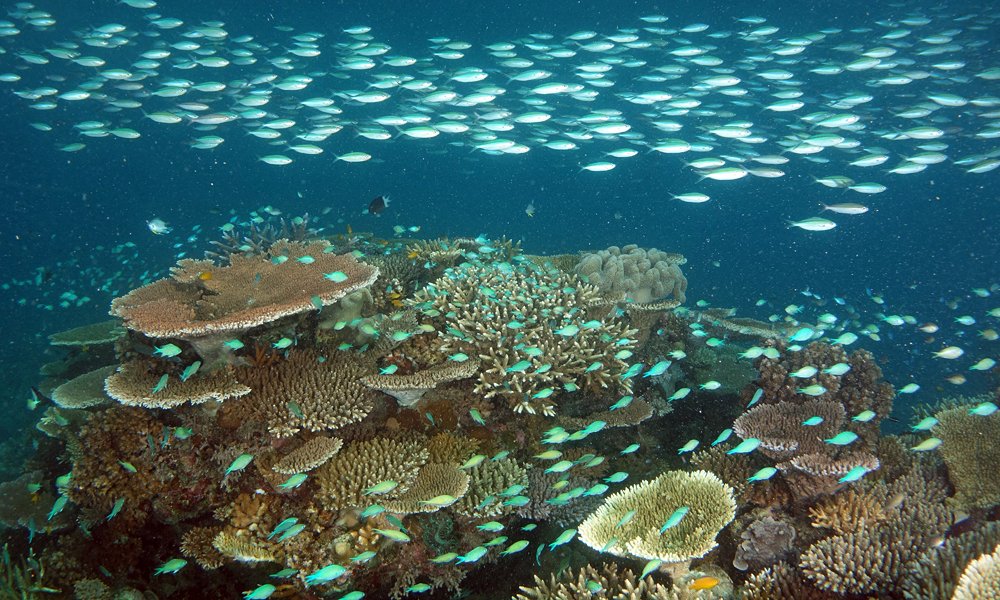 How many species is not a simple question. Photo: Lyle Vail

Taxonomy is the science of classifying living things and it underpins all aspects of biology. It involves distinguishing between different groups, naming and delineating them in a formal way, and arranging them into a hierarchical classification system that – ideally – reflects their evolutionary history. More information about the importance of taxonomy.

Many ecological studies avoid the coral-taxonomy problem altogether by not even attempting to identify species. Instead, they use broad categories based on colony shape such as plate, branching, massive and encrusting corals. Lumping many species into categories such as these can be useful in some circumstances but much precision is lost. Each species has its own evolutionary history and set of traits through which it interacts with the environment.

The question of ‘how many species’ is easier to answer for Lizard Island than most other places because of the high level of scientific activity that has been going on there for decades.

Our Foundation has funded several surveys of hard corals at Lizard Island spanning a period of major change due to cyclones and coral bleaching (2014 to 2017) and subsequently, as the reef is recovering. These surveys were done by Dr Zoe Richards, a coral researcher who has rare expertise in identifying corals to species in the field. By chance, Zoe had data on coral diversity at Lizard Island from just before the disturbances which greatly enhanced the value of the subsequent surveys. As well, the Lizard Island Field Guide contains data on all species ever recorded from the area, back to the 1970s. These data sets provide the basis for a recent scientific publication that affords as good an answer to the question as can be obtained from field observations.

The short answer is that at least 284 species of hard corals are present in the Lizard Island area as of the most recent survey in 2020. But there are records of 368 named species in the area since 1976 and it’s interesting to look more closely at these numbers.

While a large majority of coral species have persisted for more than four decades, at least 59 species seem to have disappeared from the area since the cyclones and the bleaching events. As Zoe says in her article in The Conversation, “The finding that 59 coral species are at risk of local extinction or range reduction is significant. Local range reductions are often precursors to local species extinctions. And local species extinctions are often precursors to regional, and ultimately global, extinction events”. 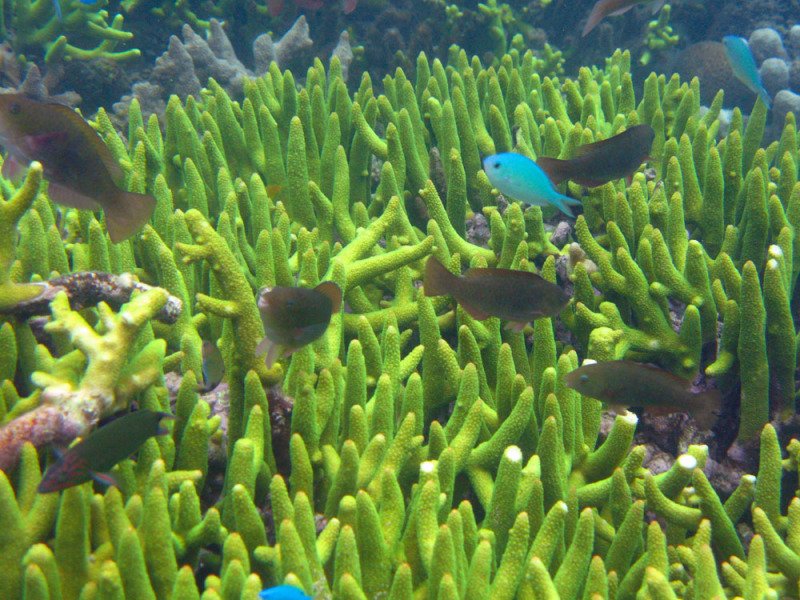 Acropora aspera has not been seen in the Lizard Island area since cyclones and bleaching in 2014 and 2016. It used to form large stands in shallow water where its branches provided habitat for fishes and other reef animals. Photo: Anne Hoggett