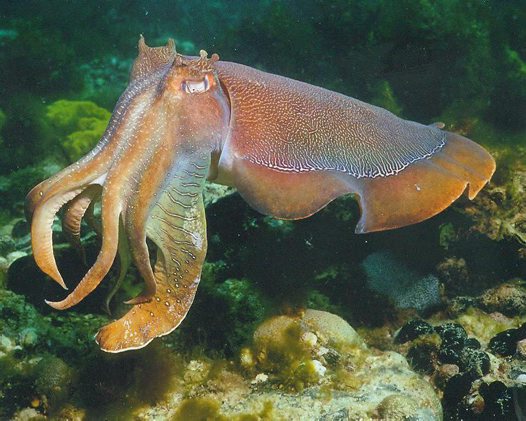 Cuttlefish are found throughout the world’s oceans. The most common around Lizard Island are Broadclub Cuttlefish Sepia latimanus.

These cephalopods are one of the most intelligent invertebrates, grasping new concepts quickly, especially when adapting to external influences. They have the ability to alter their colour pigments to intimidate predators, attract mates, increase their camouflage and even hypnotise prey. 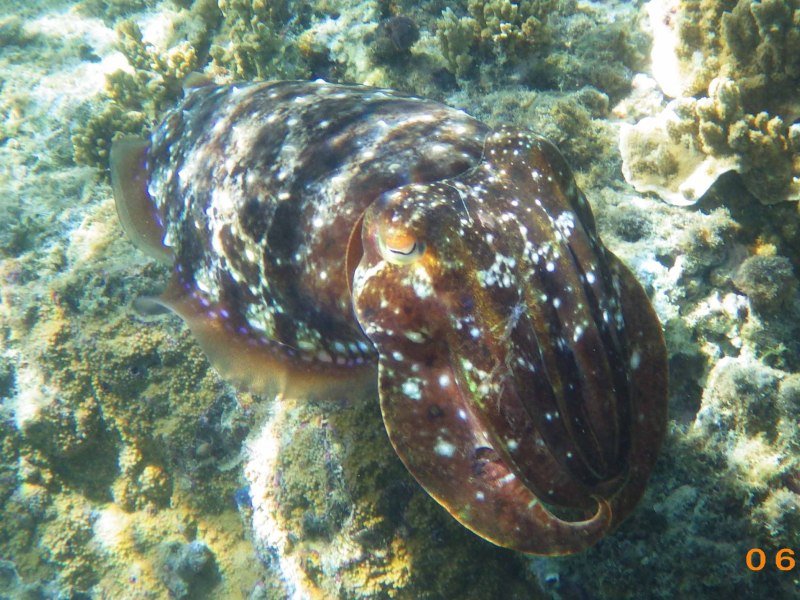 Every May and June in the gulf waters near Whyalla in South Australia, Giant Cuttlefish congregate in huge numbers to mate.  Males “display” to attract females, stretching to twice their normal length and width and then radiating coloured patterns across their body, trying to out-display or intimidate other suitors. Some males become so engrossed in display that they forget the female, who can then bet stolen by smaller, less mature “sneaker” males.  After mating, females locate small caves to lay their eggs.  At the end of the breeding season, many of these Giant Cuttlefish die. 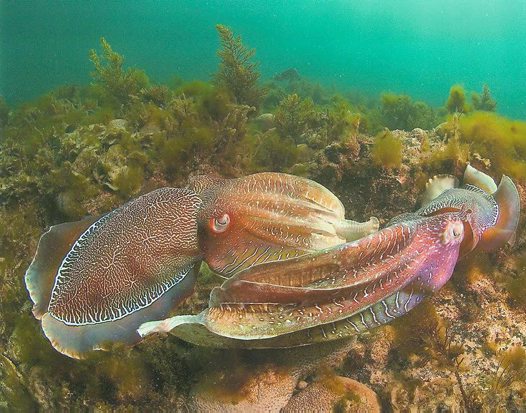 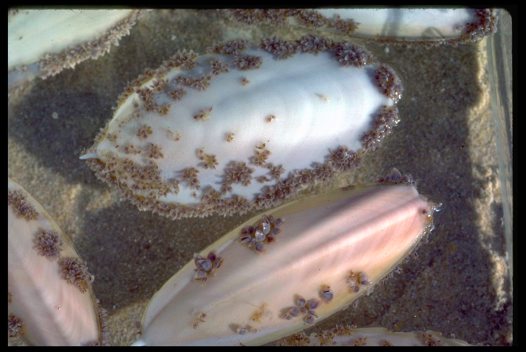 The chambered cuttlebone, often seen washed up on beaches, allows cuttlefish to regulate their buoyancy by altering the gas density.

Their complex eyes are also remarkable. They do not see colour, but rather polarized light. Formed in a distinct W shape, they have the ability to look backwards and forwards at the same time due to a second spot on the fovea.

To top off all of these amazing attributes, cuttlefish also have three hearts and blue-green blood! 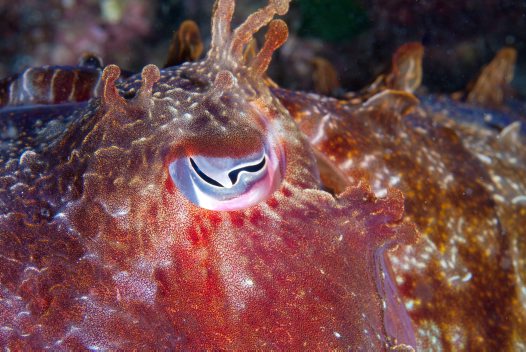 A close up of a Giant Cuttlefish’s eye structure. Image: © Jenny Ough

Information for this post has been sourced from the Australian Museum.