Scientists  conducted detailed surveys of fish and coral around Lizard Island in 2011, 2015 and 2017. By counting surviving species, they quantify the impact of the major detrimental events that occurred in this period.  Such detailed multi-year site-specific species-specific surveys of wild fish and coral are quite rare. The data will inform reef management and conservation. These surveys were funded by LIRRF Fellowship awards. 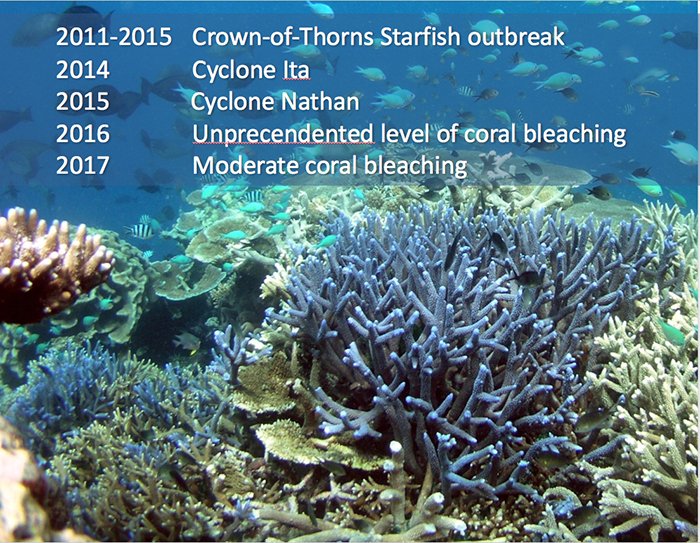 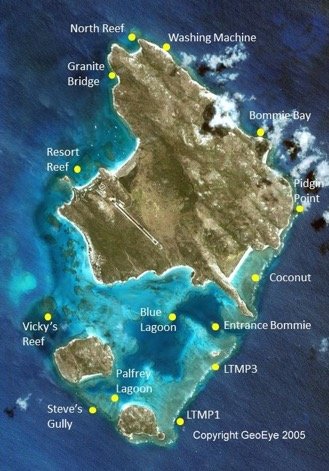 The 14 survey sites around Lizard Island

In April 2014 Cyclone Ita passed directly across the island – the most severe storm ever recorded in that location.  Storms cause massive coral loss.  In January 2015 Dani & Zoe returned to survey the same 14 sites – See 2015 Coral and 2015 Fish

In March 2015, Cyclone Nathan passed directly across the island, with an impact similar to Ita.

In January 2017 Dani & Zoe conducted further surveys at the 14 sites.  Their findings will be reported here as soon as they have been finalised and published.

March 2017 brought another period of bleaching around Lizard Island.  Although less severe than in 2016, it has resulted in further loss of coral and fish.

The 2016 bleaching  was the worst in living and recorded memory. The following graphs show how it compared to the preceding two years. 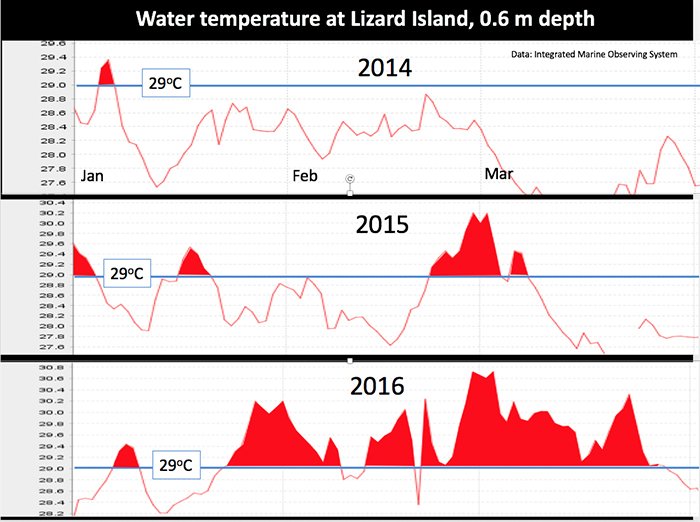