Coral reefs are in global decline through the combined effects of climate change and anthropogenic stressors.  This has resulted in a decrease in coral cover, shifts in coral composition and the spatial arrangement of coral habitats.  Such habitat degradation can have profound effects on the reef fish communities they support.  What is largely unknown is the relative importance of habitat loss versus fragmentation.

Makeely Blandford completed a Bachelor of Biomedical Science and Honours in environmental microbiology through the University of the Sunshine Coast. She was awarded the inaugural 2020 Gough Family Doctoral Fellowship which supports field work at the Lizard Island Research Station for her PhD studies. Under the supervision of Professors Andrew Hoey and Morgan Pratchett, she is investigating the influence of habitat degradation on coral reef fish communities and, in particular, the relative importance of habitat loss versus fragmentation.

Impacts of habitat degradation have been extensively researched on land-based ecosystems.  It is known that habitat loss and fragmentation are major causes of population declines and biodiversity loss in such systems, but the relative importance of these factors is less understood in coral reef environments.  The aim of this project is to investigate the influence of habitat loss and fragmentation, and their interaction on reef fish communities.

During her recent nine-week field trip to Lizard Island Makeely constructed twelve experimental patch reefs to examine how the degree of fragmentation of healthy and degraded habitat may affect the survival, growth and condition of the damselfish Pomacentrus amboinensis.  Seen below, this common reef fish is a habitat generalist. 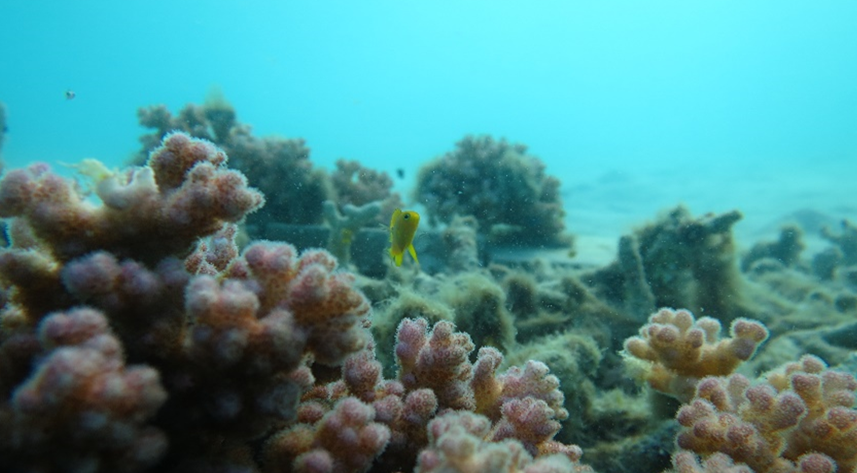 Makeely collected pre-settlement fish in light traps, tagged them with a subcutaneous elastomer and settled groups of thirty fish onto each of the experimental patch reefs. Patch reefs were assembled using a combination of live coral (Pocillopora damicornis) and rubble to represent different degrees of habitat fragmentation, ranging from ‘intact’ (not fragmented) to completely fragmented (all pieces of coral separated). By keeping coral cover constant across the twelve patch reefs and manipulating the spatial arrangement of the live coral, the independent effects of habitat fragmentation can be assessed. 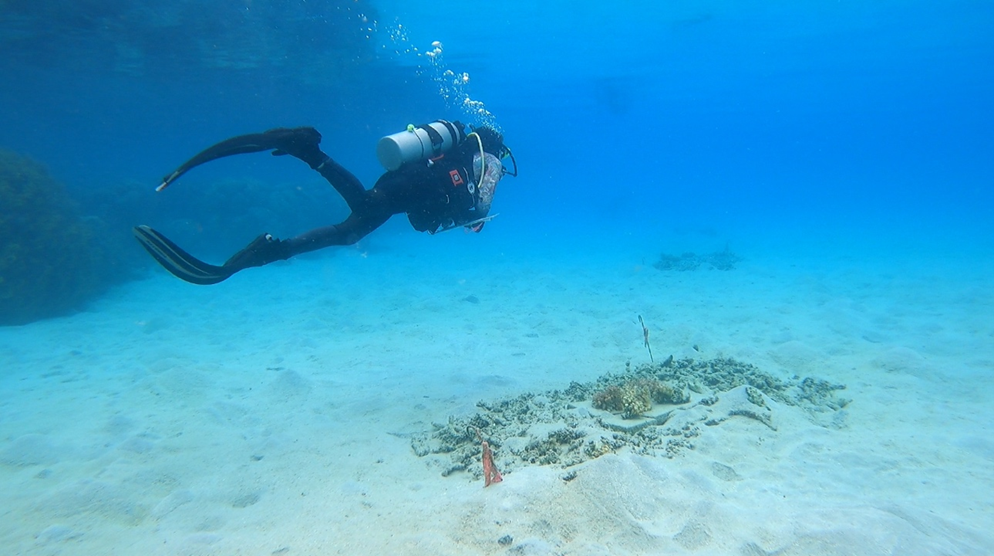 The persistence of settled fish was monitored daily for approximately two weeks. Additionally, any new recruits settling to these patch reefs were recorded and used to investigate correlations between fragmentation level and recruiting species diversity and abundance. Upon completion of the experiment, survivors were collected to assess potential effects of differentially fragmented habitats on growth and condition.  Preliminary results indicate that growth and persistence of the damselfish may not be affected by habitat fragmentation alone, which may contribute to the resilience of this species as the reef degrades.

Data from her recent field trip to Lizard Island (October – December 2020) is currently being analysed and will be published in a scientific journal. This study will advance understanding of some of the key environmental stressors facing coral reef fish.

Subsequent field work will investigate the effect of habitat loss and compare those results with the work undertaken so far.  Makeely has two years remaining of her PhD and her Doctoral Fellowship, during which she will continue to investigate habitat fragmentation and loss as ecological drivers of fish communities on coral reefs.  She is passionate about her work and is grateful for the opportunity to conduct field research that in her words, “is at a research station with such outstanding management and facilities”. 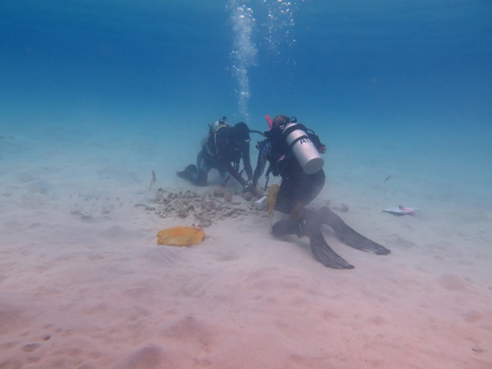