When thinking about coral loss and recovery, it helps to have a sense of time and a sense of urgency. 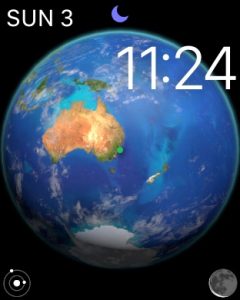 Time began about 13.5 billion years ago.  The first organisms were formed in the sea around 3.8 billions years ago.

Corals have existed for over 500 million years, through periods of glaciation, global warming and high concentrations of carbon dioxide. Geologic records of paleo reefs also show long periods , sometimes thousands or millions of years, during which no corals were present.  This 2013 paper reports such periods of hiatus on reefs near Lizard Island.  See also Paleo Reefs and Coral Reef History

Humans evolved only 2.5 million years ago and could not have been the cause of these hiatus periods.   Our own species,  homo sapiens, has been dominant for only 70 thousand years and did not begin to change the balance of nature until it started manipulating other animals and plants some 10 thousand years ago.  See Sapiens.  Coincidentally, Australia’s vast Great Barrier Reef lagoon was formed as a result of global warming and rising sea levels around that time.

Human impact has accelerated since the Industrial Revolution, beginning around the time Captain Cook climbed on Lizard Island to see his way through the reefs. At that time there may have been less than 850 million people on our planet. Today there are almost 7.5 billion, predicted to be over 9.5 billion by 2050.  See Census.gov and this interactive map. On current trajectories, this means more pollution of the atmosphere and ocean.

These facts are well known to both geologists and marine scientists, but they focus on different time scales.  Geologists work with factors that were in operation before humans existed and which would be likely to continue even if our species were to become extinct.  On a geologic timescale, loss of corals for a few thousand or millions of years is not significant.  Marine scientists have a more immediate perspective. They focus on the wonder of life today, and a human timescale where the prospect of loss of the Reef to our children and grandchildren is seriously sad.

Dr Anne Hoggett and Dr Lyle Vail have been Directors of the Australian Museum’s Lizard Island Research Station and resident on the island since August 1990.  They know the surrounding reefs like they were part of their own garden and have observed various outbreaks of the Crown of Thorns Starfish, cyclones and bleaching events. The coral loss caused by the 2016 and 2017 bleaching is the worst they have seen.  It killed coral colonies that took decades to grow.  Many small corals have started reestablishing during the 2016 and 2017 winters and we have been counting survivors.  They will require an equal time without further severe setbacks to fully replace what has been lost, but meanwhile there is still lots to see and study.

Corals further north are adapted to higher peak temperatures.  Scientists are investigating how they have adapted and acclimatised, and possible human intervention to accelerate such processes.  Substituting heat-tolerant symbionts is complex and likely to take quite a long time on the human scale, with the desired result far from certain.  See Coral recovery – basis for hope, Woolridge (2013) and Rädecker (2017).

Researchers at Lizard Island accept the validity of science that shows emissions from human habitation and industry contribute to current global warming. They appreciate the difficulties of generating a national and global response, but think we should at least give it our very best try.

Among LIRRF donors, understanding of the causes and appropriate response to climate change reflects that of the broader community.  But all would agree the Reef is a great natural treasure; that we should continue to record and explore its vast diversity of species; and that we should preserve it for succeeding generations. Time may be quite short for these tasks.