Reefs on the northern and eastern exposures received the full brunt of the cyclone-induced waves, so our objective was to document the status of reef communities in those areas and compare the results to identical surveys undertaken in 2011.  See also fish diversity. 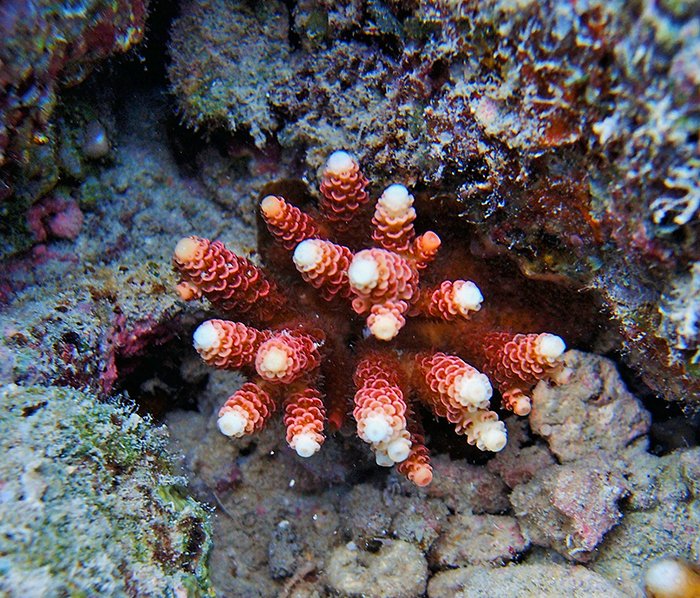 Other survivors were large colonies of Porites and Diploastrea and the soft coral Isis hippuris. 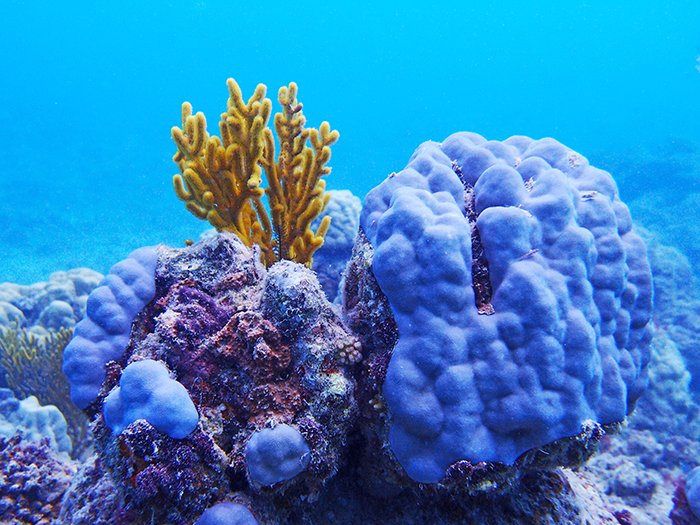 Two of the key benthic survivors at North Reef are Porites lobata and Isis hippuris which inject some much-needed colour into the reefscape. Photo credit: Zoe Richards © WA Museum

At all disturbed sites a large number of juvenile colonies were observed, suggesting at least a portion of the 2013/2014 cohort of coral spat had survived the cyclone. 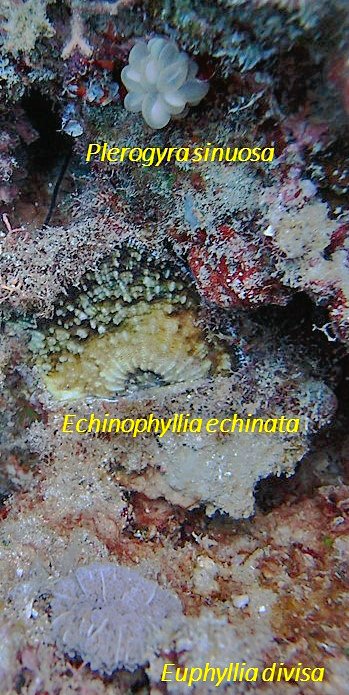 Lots of juvenile corals from a variety of genera either survived the cyclone or have colonised the newly available space including these three charismatic species. Photo credit: Zoe Richards © WA Museum

It was also heartening to see that many Tridacnid clams and anemones had survived.

After surveying Big Vicky’s Reef I was optimistic about the ability of the Lizard Island coral community to recover from Cyclone Ita because, unexpectedly, hard coral cover had increased by 6-8% from the levels recorded in 2011.  Additional coral highlights included a spectacular colony of Acropora echinata and a large colony of the very fragile Pavona cactus. 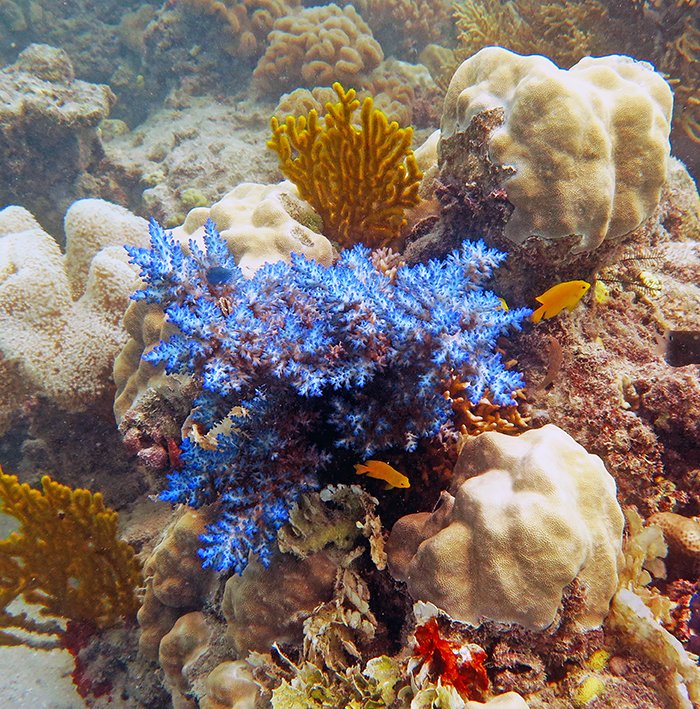 Upturned Porites colonies lay as a testament to the physical forces imposed upon the corals at Coconut Reef.  Nevertheless the surviving corals are demonstrating remarkable resilience, with many regrowing from tiny remnants and fragments, or from their new aspect. 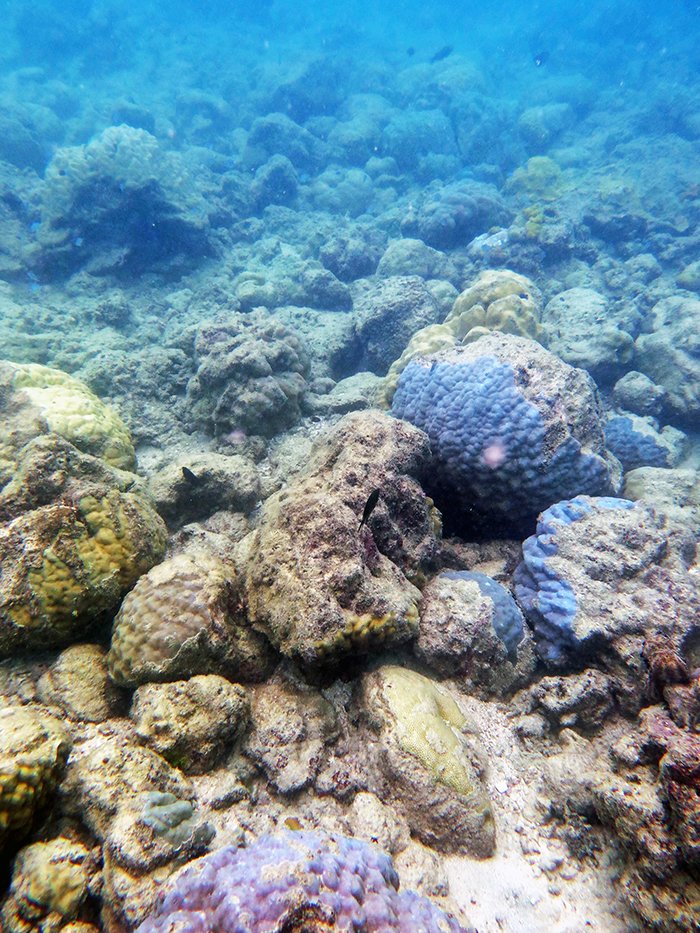 With more data to analyse, it is too early to draw overall conclusions of the impact of cyclone Ita on the Lizard coral community; however my initial impression is that at least half of the island’s fringing reefs have been impacted, either moderately or severely.  A substantial amount of coral cover and coral biomass has been lost, and some genera, especially the Acropora have been hit hard.

Preliminary results suggest the lagoon reefs and those in the vicinity of Palfrey and South Islands largely escaped the wrath of Ita and are likely sources of larvae to enhance recovery at the more disturbed locations.  In the absence of recurrent disturbances, I am hopeful that the coral community will recover and that within a decade the debris from cyclone Ita will be assimilated by a new coral reef community.