Most species of hard corals on the Great Barrier Reef take part in a mass spawning event over a short period, once a year. It’s a remarkable sight and, every year, most people at LIRS are keen to go out and see it –  even if their research has nothing to do with it. This year was no different. Many of us went out over two nights, 11 and 12 November, and were rewarded both times.

The event starts a few hours after sunset and is triggered by the change in light level. Researchers who are doing aquarium studies that involve spawning can exploit that trigger to stagger spawning times – which is helpful when they have a lot to do in a very short time. By closing the door to the aquarium room and turning off the lights at about 3 pm on the day of spawning, corals inside are tricked into ‘thinking’ that it’s several hours earlier than it is, so they spawn earlier. Other corals in outdoor aquaria, exposed to the normal light regime, will spawn at the same time as corals on the reef, hours after the ones that experienced an earlier, false sunset. 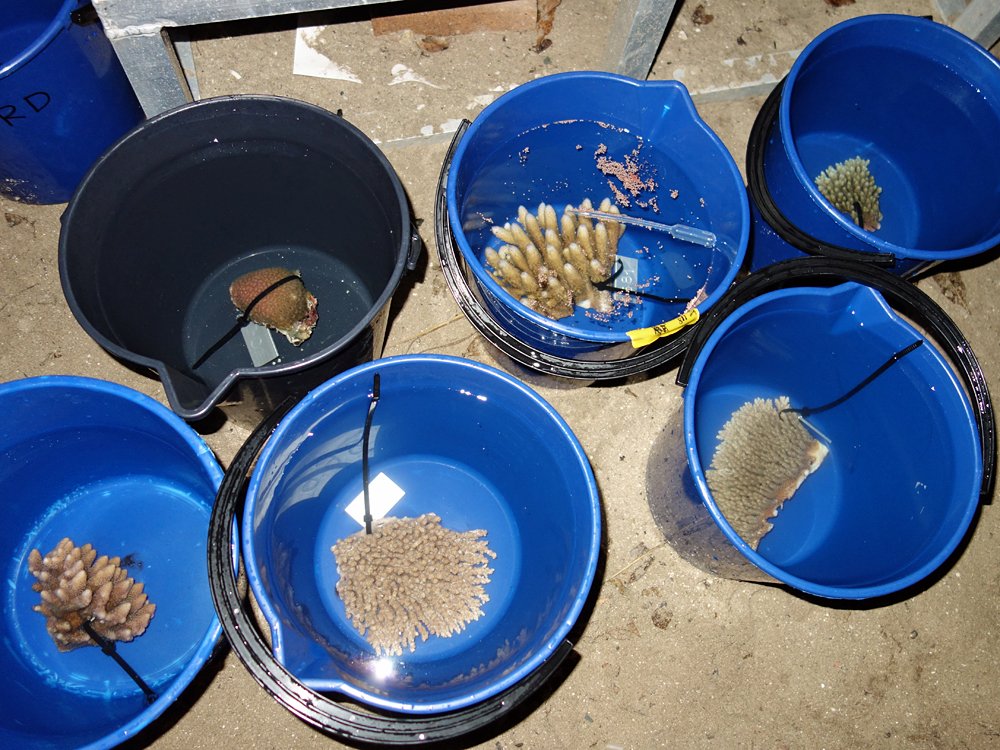 Corals in the LIRS aquarium on coral spawning night in an earlier year. There was no aquarium-based coral spawning research at LIRS in November 2022. The colony at top middle has spawned – pink egg and sperm bundles float on the water surface. The other colonies have not yet spawned. Photo Lyle Vail.

This year, the full moon was on 8 November. Determined not to miss it, researchers at LIRS signed up to go out for a group snorkel on either the 3rd or 4th night after that. It’s always pitch black when we head out in boats at about 8:30 pm and navigation needs to be precise. Even with GPS, we place marker buoys with lights to assist at critical parts of the route where reefs are plentiful and the channel is narrow. The large waning moon rises while the spawning is happening, and it’s an amazing sight for the person who remains in the boat to watch over the snorkellers. Moonlight makes it much it easier to find the way back to the station at about 11 pm.

On 11 November, we went to Clam Garden in Watson’s Bay where the spawning was just beginning as we got into the water at about 9 pm. It built in intensity for more than an hour and the quantity of spawn was substantial but it wasn’t the ‘main’ night. Other island visitors had gone to North Point that night, about 2 km away, and they didn’t see any spawning. 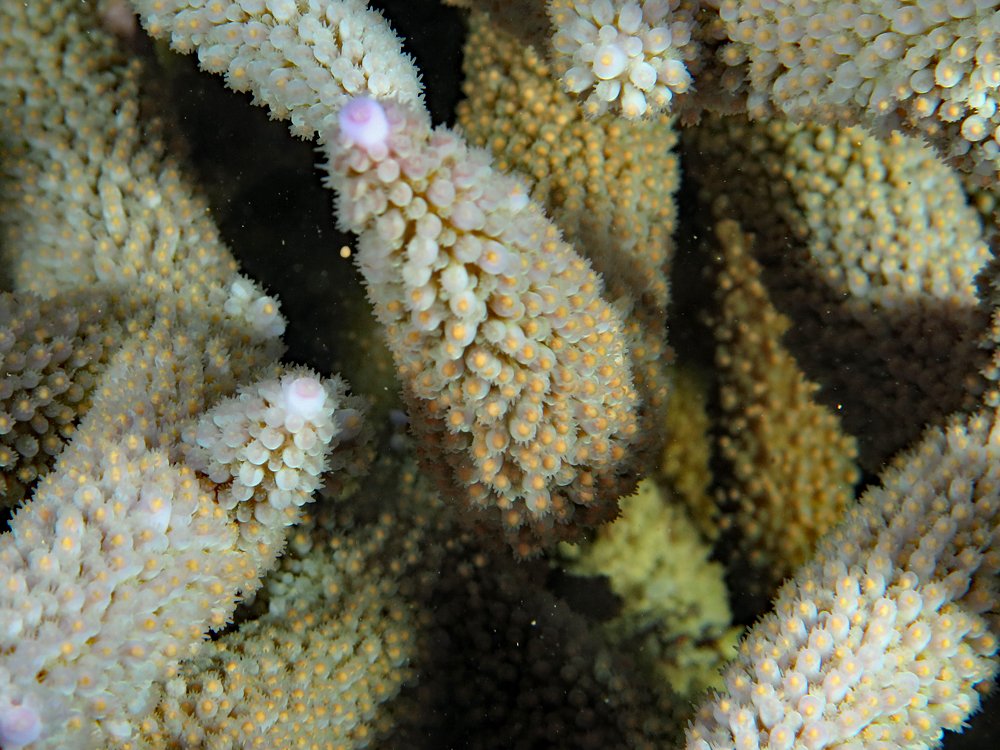 On the night of 12 November, the second team of LIRS people went to North Point where the coral community is vibrant, having recovered fantastically since the  devastation wrought by cyclones and marine heatwaves in 2014-2017. There we were treated to a massive spawning event.

By 9 pm, there was already a lot of spawn in the water and a large proportion of Acropora coral colonies were visibly ‘setting’, with egg/sperm bundles bulging at the mouth of each polyp prior to being spawned. Then the bundles are released and they drift slowly towards the surface where a visible slick forms. There, the bundles eventually break apart into their microscopic components and sperm seek out eggs from a different colony, the corals’ one chance in a year to mix their gene pools. 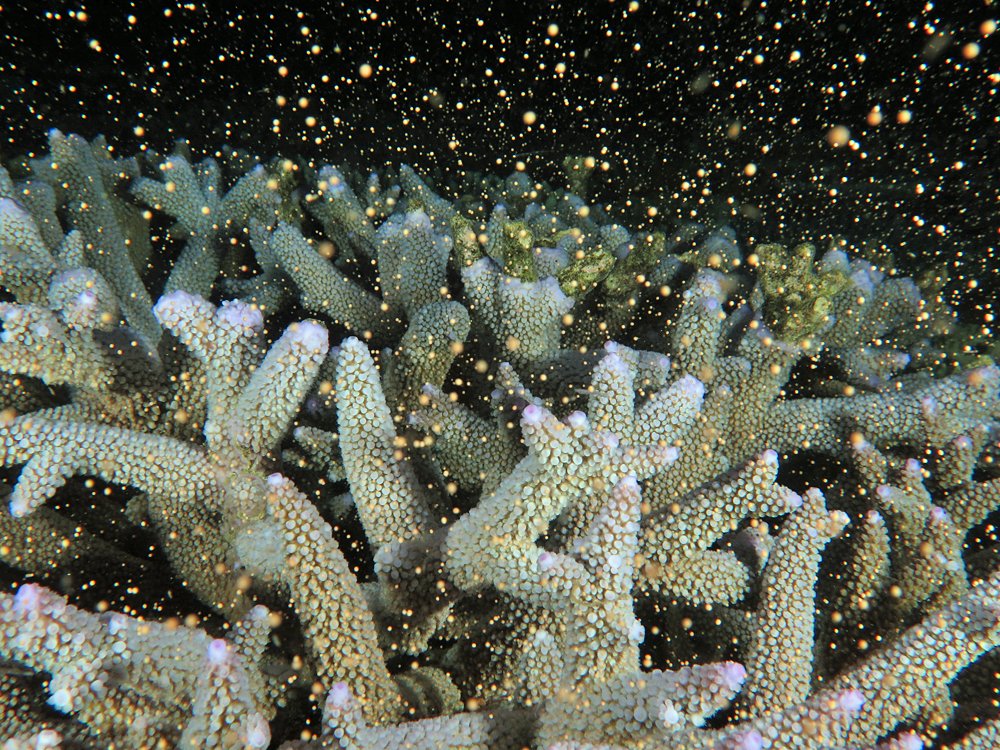 By the time we left at about 11 pm, most of the corals observed setting had spawned and the water was thick with it, reducing visibility markedly. 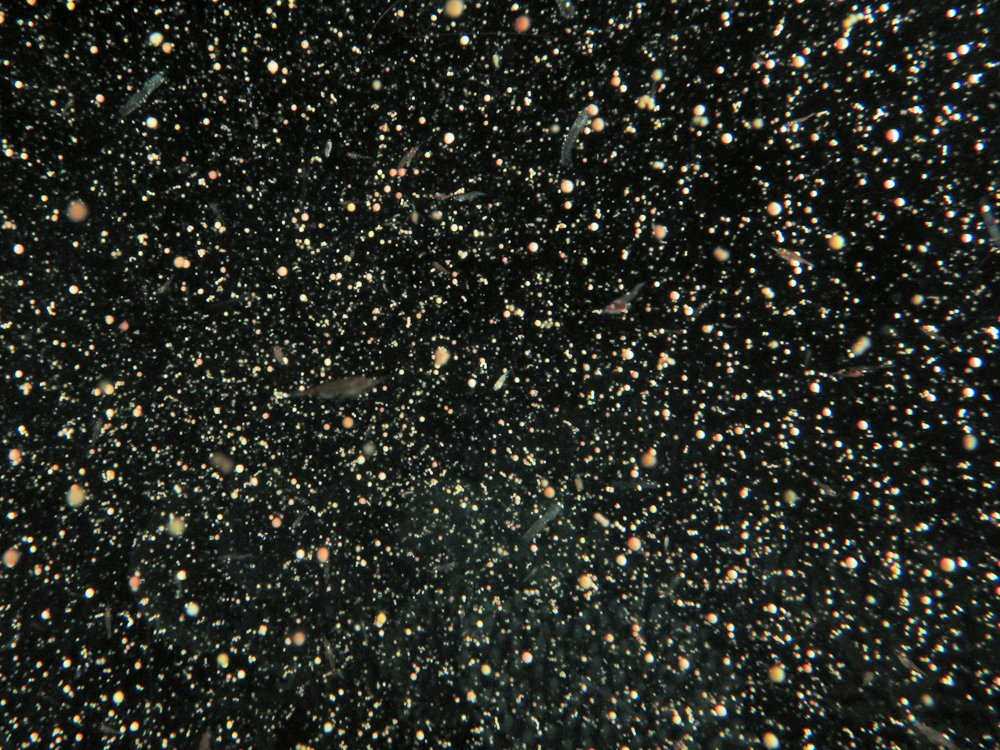 As usual, there was a lot of other life in the water too. Many species of starfish, brittlestars and sea urchins spawn at the same time as corals, coming out at night from their daytime hiding places within the reef. And huge numbers of planktonic shrimps and worms are attracted to light so they congregate in the snorkellers’ torch beam, making it difficult to see beyond them. It’s an exciting time to be on the reef. 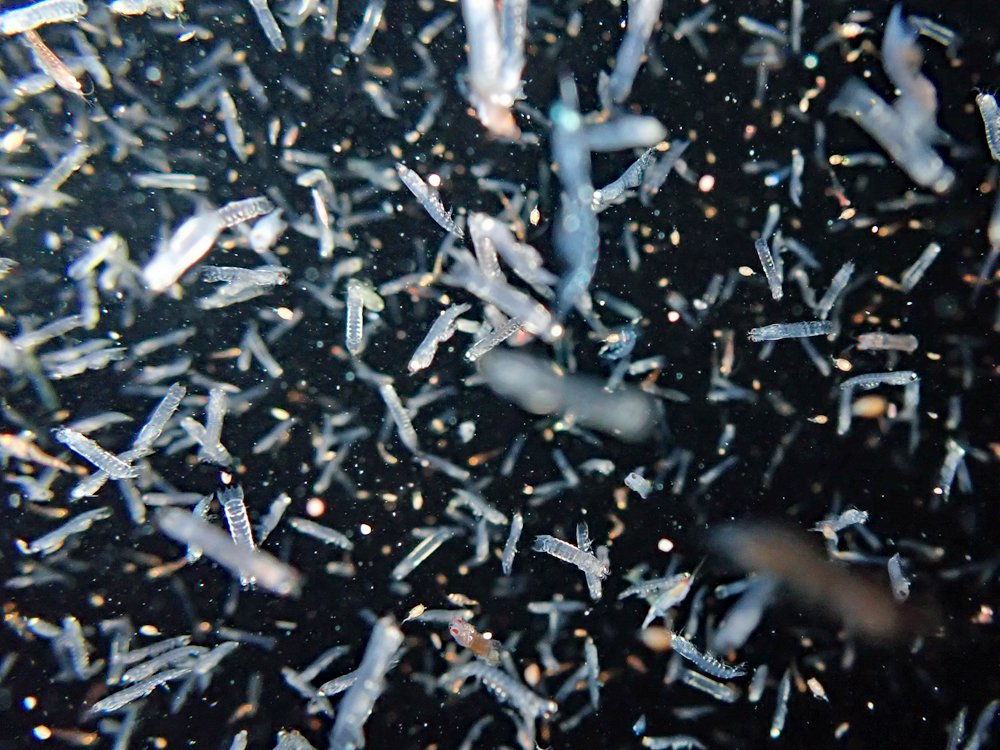