Athletes of the Great Barrier Reef

Increased greenhouse gas emissions into the atmosphere is causing more carbon dioxide (CO2) to be absorbed by the oceans, producing ocean acidification.  Increased CO2  would normally be expected to reduce aerobic performance of fish.  Somewhat surprisingly, research by Dr. Jodie Rummer and her colleagues at Lizard Island in 2013 showed an enhancement in the aerobic performance of the spiny damselfish Acanthochromis polyacanthus when CO2 was increased to the level predicted for the end of this century.  See Rummer et al., 2013. 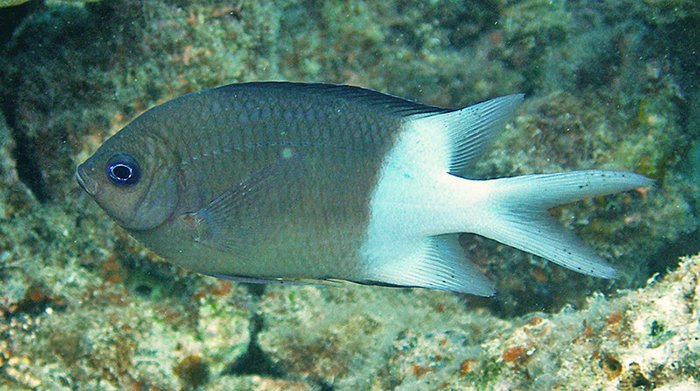 The salt water aquarium at the Australian Museum’s Lizard Island Research Station was ideal for this study.  Jodie’s team held fish in aquaria under current-day and end-of-century CO2 conditions for several weeks. They determined how much oxygen fish were using during rest and how much they were using during exercise.  Fish held under high CO2 needed less oxygen during rest (more efficient) but were able to use more oxygen during exercise, effectively enhancing their aerobic performance.  Although elevated CO2 has  been shown to impair other important functions in fish, including decision-making, learning and ability to distinguish the smell of predators, these fish seem to be better athletes as a result.

Jodie gave this brilliantly informative presentation on Athletes of the Great Barrier Reef at TEDxJCUCairns (Oct 2014).  It runs for almost 17 minutes and is worth every one of them.

Jodie has been awarded a 2015 LIRRF Fellowship for further field work at Lizard Island.  Her 2015 research will establish whether better athletic performance under increased CO2 is associated with enhanced oxygen delivery to muscle tissues, made possible by the remarkably high oxygen-delivery capability of fish haemoglobin (the protein in the blood that carries oxygen… we have it too).

To do this, she will use an apparatus which requires fish to swim against a current of water.  The speed can be varied from zero (resting) to the maximum at which the fish could sustain a steady position.  Basically, it is the fish equivalent of a treadmill in a gym.  Jodie will also inquire whether and how such enhanced aerobic capacity is ecologically relevant, measuring changes in maximum sustainable speeds (for sustained swimmers) and time to recovery from burst activity (for transient swimmers).