Dredging spoils from the expansion of the Abbot Point coal loading port will be dumped  in the Great Barrier Reef World Heritage Area, 20km from significant sea grass beds and 40km from mid-shelf coral reefs.**  The requisite permits were issued following a period of assessment and are subject to conditions.  There are widely divergent views as to whether the assessment was sufficiently rigorous and whether the conditions are adequate to protect the reef and its important ecosystems. 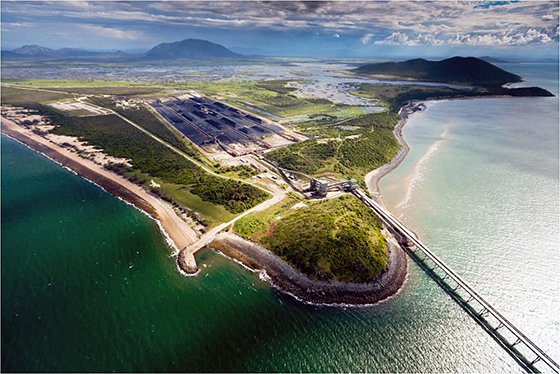 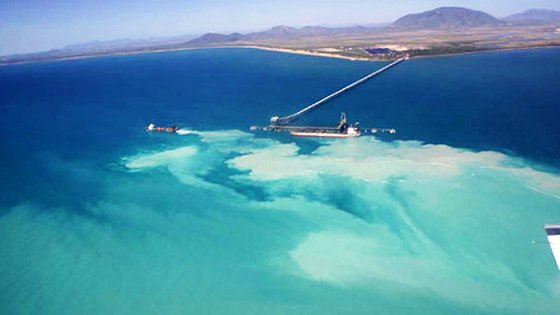 Sediment plumes at Abbot point (just from port use, not from dredging). Photo credit: maritimeintel.com

In-shore dumping of spoils is not the only option available at Abbot Point. The spoils could be deposited on land or at remote offshore ocean locations. The need for dredging could be largely avoided by extending the loading jetty into deeper water. These and other options were rejected for various reasons, including cost.

There has been a 3-step decision process on the disposal of spoils from additional dredging:

2. Sea Dumping Permit (pdf) –  issued on 31 January 2014 to North Queensland Bulk Ports Corporation by Bruce Elliot in his capacity as delegate of the Minister.

GBRMPA’s fundamental duty is to protect the Great Barrier Reef Marine Park and World Heritage Area.  Scientists and conservationists are bewildered as to how permitting dredge spoil dumping in this area could be consistent with that duty.

The Australian Government Department of the Environment and the GBRMPA explain their decisions here and here.  See also North Queensland Bulk Ports Corporation.

The views of concerned marine scientists and the general community were well represented in the ABC Four Corners episode Battle for the Reef.

The  Great Barrier Reef Outlook Report 2014 contains several references to the threats posed by new ports, port extensions and the disposal and resuspension of dredge materials. See in particular pages 52 (light), 204 (ports) and 255 (highest risk threats). The section on Ports (7.3.4) acknowledges that resuspended material could move over greater distances than previously assumed, but adds that there is “limited consensus on the implications for the Region”. 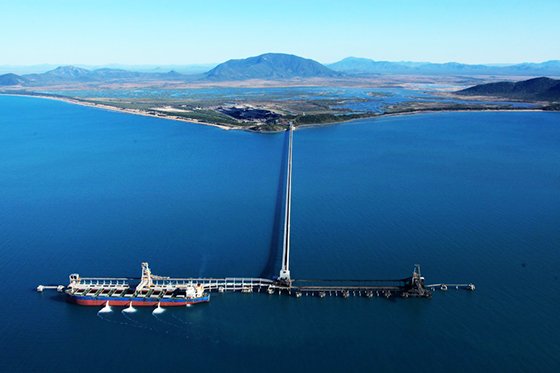 The GBRMPA’s Abbot Point location map and dump location map can be downloaded in pdf form here and here.  This Greenpeace map illustrates the environmental risks.

This video was made in 2013, but remains very relevant

Many concerned individuals and groups have mounted legal and political challenges to the Abbot Point dredging spoil permits, including Abbot Point Action Group, Mackay Conservation Group,  GetUp,   World Wildlife Fund and Fight For The Reef. To support the science that we hope will one day be given greater weight in government decision-making, please donate.

** Update as at February 23, 2015:  An alternative terrestrial dumping site has been proposed –  the nearby Caley Valley wetlands.  See Abbot Point update.