Dr Kyle Zawada is a humble man, but show him just a glimpse of Acropora loripes and he’ll give you its distribution, distinctive features and more in a heartbeat. Whereas some specialize in the language of mathematics or the coded workings of the human mind, Kyle’s forté lies in interpreting the cogs and gears that make up the reef. “Branching colonies provide habitat for juvenile fishes but you’ve also got big boulder colonies which are very long-lived and build the reef framework.” That’s the simple version anyways. It was his efforts to systematize this knowledge that carried him through his PhD: “I spent some time in the Natural History Museum in London, pulled out a bunch of old coral skeletons, blasted them with a 3D laser scanner and came up with a set of quantitative metrics for coral shape.” 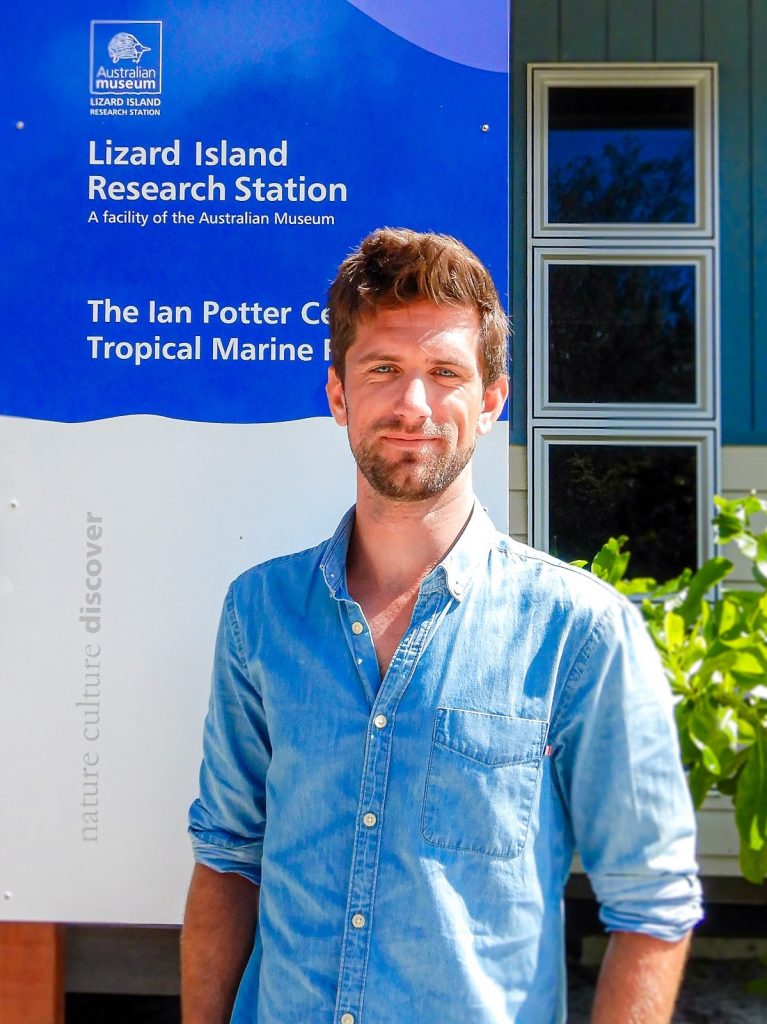 The doctorate had been a gamble, but it paid off: a single application, an overnight bus across the length of England and within two weeks Kyle was flying out from St Andrews for his first taste of Lizard Island life. “I was very, very green. I came out here with my PhD supervisor and some of the guys from the University of Sydney. They were working on underwater mapping projects just as I am now. But I was new to this field research and coral ID and it was pretty tricky.” In fact, the trip proved to be the perfect immersion and Kyle, thrown in head first, soaked up the skills. “I’ve managed to come back almost every year since, and become more and more confident… I love it out here.”

Would that it were all such smooth sailing. In the three years since Kyle’s first visit, cyclone Nathan churned up the island’s reefs followed by two years of mass coral bleaching. “I came out again in 2015 to do the coral surveys at trimodal reef- one of the island’s most biodiverse areas. On that same trip, cyclone Nathan struck and we had to lock down in the library. After it passed, we went back out and the reef had just been decimated. It went from 90% coral cover to 10% in some places.” Kyle and his team are now surveying these areas annually to track the reef’s recovery with some promising signs: “For both 2020 and 2021, the corals have been on the brink of another widespread bleaching. But in our 2019 surveys, we saw a lot of coral recruits- young coral colonies. And now we’re seeing that a lot of them have survived and are growing from splotches into big, bright colonies.”

Recovery, it seems, just might be possible. And as Kyle sagely points out: “Corals are 300 million years old. They existed before there were trees on land. Since they’re been around for a very long time, it gives you some hope that they may find a way to survive.” Each year, he marks in new colonies on the underwater maps and scores out those that have died. By overlaying the slates one year on another, Kyle can then see how the reefs are adapting across all 21 sites monitored.

Which leaves only the million-dollar question: how do you identify corals? Kyle breaks it down into two steps: “First you look at the macro structure- whether it’s like a boulder, or a table, or if it’s branching. You can use that to narrow it down to the coral’s family or genus. And then you have to look at the micro structures- the coral polyps and the corallites- to narrow it down to the species.” Unfortunately with some 600 varieties across the Great Barrier Reef, the process is rarely straightforward. “We end up having a lot of fueled debates in the lab late at night about which coral species we think is which.” 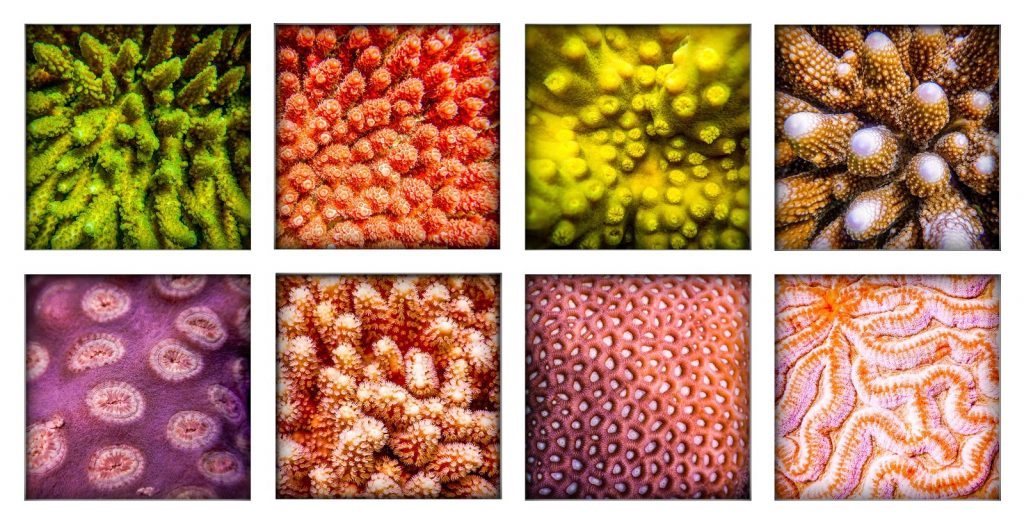 In the end, Kyle considers his years of research on Lizard Island very well spent; “The research station is an awesome place. The weather is amazing. You get to spend your days in the water doing cool things and talking to great people… I don’t like to make future plans but I think as long as I’m answering cool questions and engaging my brain, I’ll be happy.” Who could ask for more?

This work is funded by a LIRRF grant awarded by the Australian Museum, thanks to the generosity of the Charles Warman Foundation. The project leaders are Dr Maria Dornelas (University of St Andrews) and Dr Joshua Madin (University of Hawaii) who were unable to get into Australia during 2020 due to COVID-19 travel restrictions. Luckily, Australia-based colleagues, including Kyle, were able to step into the breach in early 2021 to ensure the continuity of this long-term dataset.. – Editor