The 2022 Lizard Island Critical Research Grant has been awarded to Prof. Andrew Baird of the ARC Centre of Excellence for Coral Reef Studies at James Cook University and colleagues from the Museum of Tropical Queensland and University of Hawai’i at Manoa. The project, Taxonomy of the reef-building corals of Lizard Island, is timely and of fundamental importance to coral reef ecology.

Coral taxonomy is currently based largely on morphology (form, shape) but it is becoming clear that there is much more diversity among corals than is revealed by their appearance. This matters because different species interact with the environment in different ways. Knowing the number and identity of species is central to understanding ecologies and to managing and conserving natural resources. 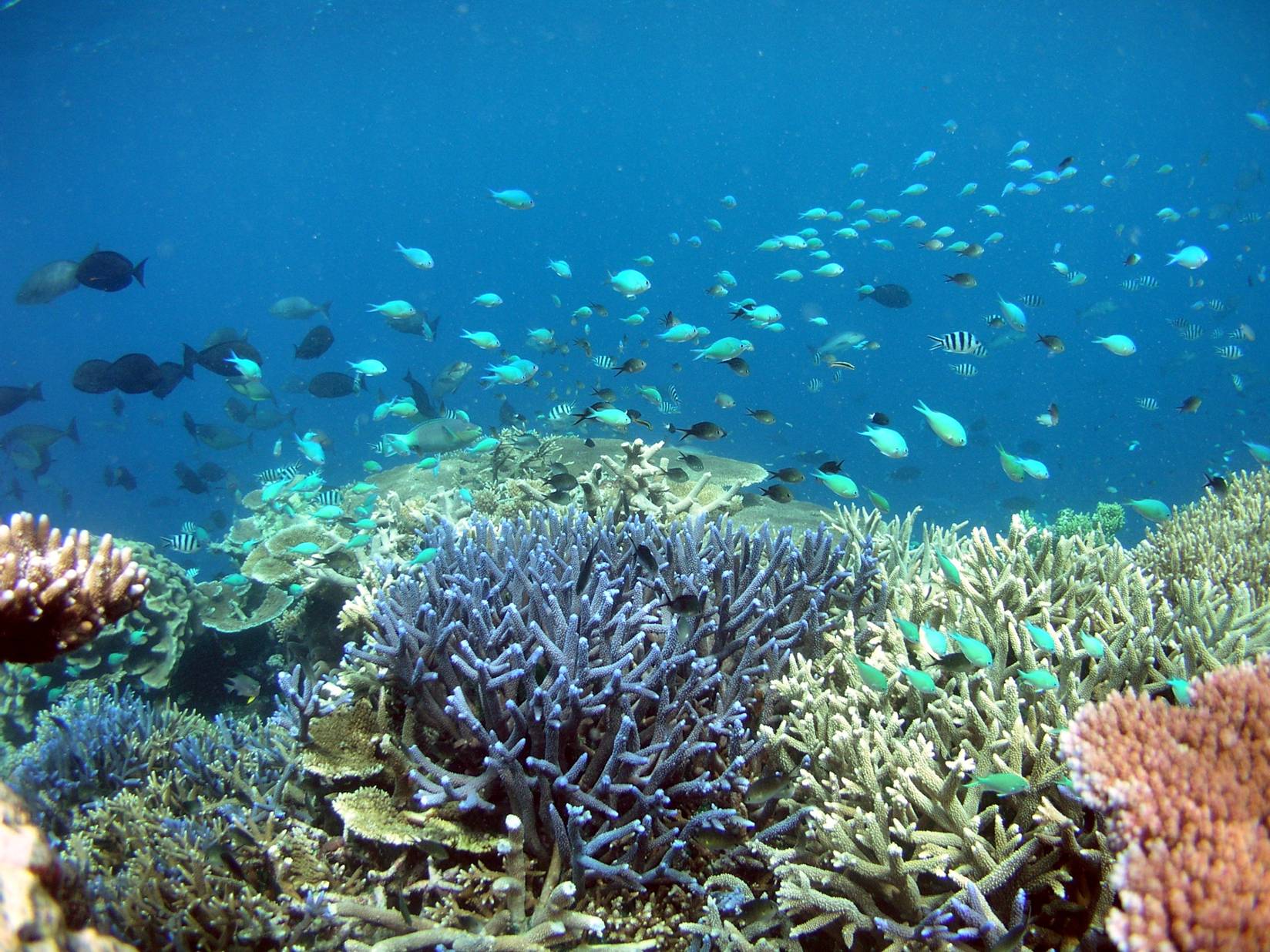 How many coral species? We thought we could tell by external appearance but molecular analysis suggests that we’ve been missing a lot. Photo: Lyle Vail.

The grant team already has a global project – Project Phoenix – underway to resolve this problem in reef-building corals. They are sampling corals from around the world, mostly opportunistically, for molecular analysis that is conducted as funding allows. This provides a much deeper insight into genetic and species diversity than the outward appearance of corals.

They are finding that some well-known coral ‘species’ currently considered to be widespread in the Indian and Pacific Oceans are in fact several distinct species that look alike and have much more restricted distributions. Even within a small area, some ‘species’ contain different genetic lineages that each merit species status. It then becomes a taxonomic task to determine which of the newly-determined species bears the existing name that is currently applied to the group, and whether any pre-existing names that are currently considered synonyms apply to other newly-determined species. Only once these chores have been done, can any remaining newly-determined species be provided with a new name. This process is tightly regulated under international rules for zoological nomenclature. 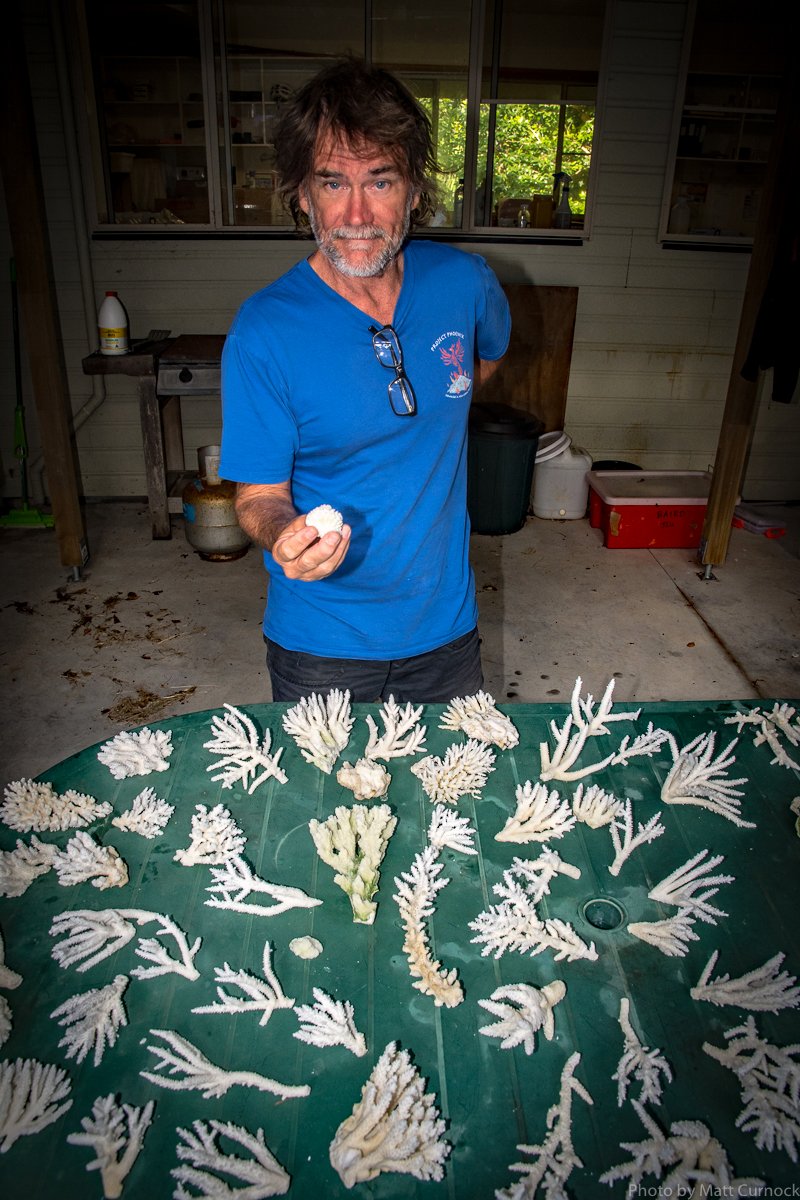 Importantly, the team is tying molecular sequences to newly-collected specimens from the type localities of previously-named species. Nomenclature rules require designation of a ‘type’ specimen on which a species name is based and which, ideally, is housed in a museum collection forever. The location where the type specimen was found becomes the type locality for that species. All other specimens given that name, no matter where they are found, should be the same species as the type specimen. Many coral species were named centuries ago and it can require taxonomic detective work to find their type specimens or, in their absence, the specimens on which the original description was based and which can be assigned as types. And even where type material is available, it is usually impossible to recover molecular data from it. However, the type locality is usually known and corals there can be re-sampled for molecular analysis and that can help determine solutions to knotty taxonomies. 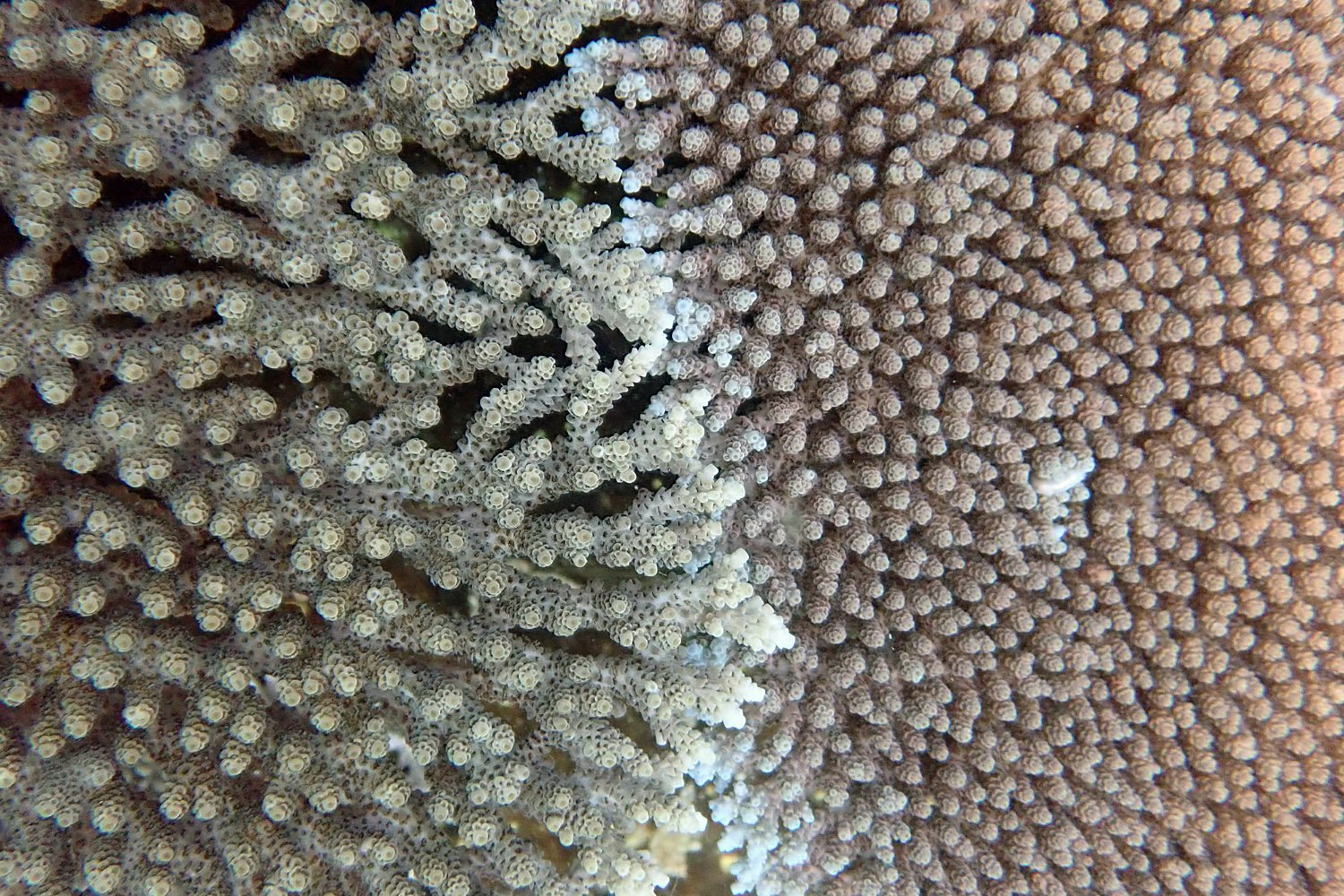 These two co-occurring corals on the Great Barrier Reef would both be called Acropora hyacinthus by most observers. In fact, recent research combing molecular analyses and revisiting the type material suggest the one on the left is Acropora pectinata (Brook 1892) and the one on the right is an undescribed species of Acropora. Photo provided by Andrew Baird.

The team will use the grant to sample as many coral species as possible from the Lizard Island area and send them to an overseas lab for molecular analysis. In the short term, this work will show which ‘species’ in the area are in fact multiple species. That will inform other research in this heavily studied area and improve outcomes. In the longer term, the Lizard Island material will form an important part of a worldwide revision of the taxonomy of reef-building corals. The number of coral species is likely to increase by a substantial proportion as a result. It is important to do this now, while much of the coral diversity remains intact in this area but has an increasingly poor outlook for the future due to climate change and other human-induced stressors.

This Critical Research Grant is supported by generous donations from Ian and Min Darling, and Sally White.