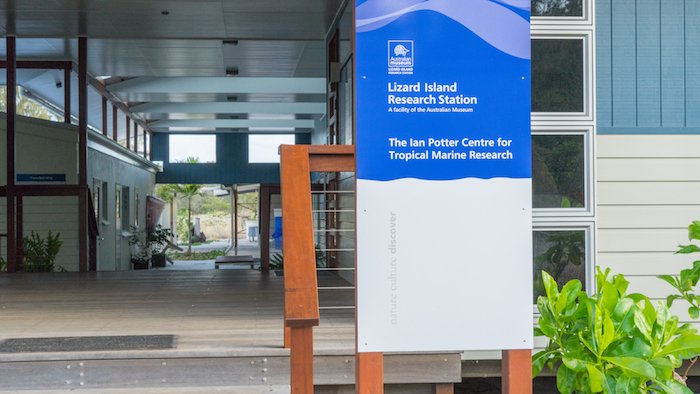 In calendar year 2016, 124 scientists used facilities of the Lizard Island Research Station to conduct 106 field research projects. They came from leading research institutions in Australia, Bermuda, Canada, New Zealand, Norway, Portugal, Sweden, Switzerland, the UK and the USA.  We are fortunate to have so many contributions to our understanding of the Reef and its myriad species. See full list.

The following provides a general grouping of the topics, with the caveat that some projects cover multiple areas and the title alone is not always a full descriptor:

Archaeology: There were two archaeology projects at the Station in 2016, one on long-term Aboriginal resource use (Archaeological Baseline for Sustainable Fishing) and one exploring how current sizes of the Giant Clam Tridacna maxima at Lizard Island compare with the same species there during the Holocene period.

Controlling outbreaks of the Crown of Thorns Starfish: 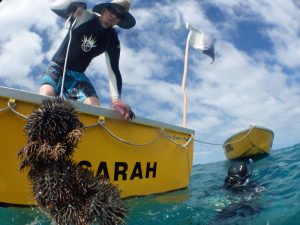 Two projects were conducted at the Station  – one on reproductive behaviour, and one testing eDNA as a new monitoring tool for early detection of outbreaks. LIRRF also funded other important 2016 COTS projects elsewhere on the Reef, focusing on movement, detectability, and the use of settlement collectors as an early warning system.  These and the eDNA project were funded pursuant to a grant from the Ian Potter Foundation.

Genetics: One project, on intracolonial phenotypic variability in corals;

Parasites: Ten projects, including the effect of parasite infection on the escape performance of coral reef fish; the role of parasites and cleaning behaviour in coral reef fish communities; life cycles of digenetic trematodes infecting herbivorous marine fishes; the behavioural effects of gnathiid isopod ectoparasites on their fish hosts; and the behaviour and abundance of a fish blood-sucking isopod.

Physiology: Six projects, including a comparison of direct and indirect metabolic rate measurements in coral reef fishes; physiological responses to hypoxia of the Humpback Conch; stress and physiological performance; intestinal carbonate production by fish; and the relationship between brain size and cognitive abilities in cleaner wrasse.

Sound: Six projects, including the influence of anthropogenic noise (i.e. human-generated noise from motors, sonar etc)  on fish; the impact of coral bleaching on reef soundscapes; and use of acoustic survey as a tool for monitoring coral reef ecosystems.

The results of these projects will be published in scientific journals.  Typically, visiting scientists take specimens and data from field research at Lizard Island back to their home institutions for further analysis. Then there is writing, submission to publishers and peer review, before eventual publication.  See also 2,062 SCIENCE PUBLICATIONS.